"Influence of Deep", "Theme of Aya"

Nice title. Kunal's latest ventures into the seldom-tread world of Eve and her parasite, one of Squaresoft's late 90's CG-laden titles, with a soundtrack by Yoko Shimomura. Yoko's worked on a bunch of very high-profile soundtracks, including SF2 back when she was with Capcom, but I think PE was her first time working on the Playstation. As another interesting bit of trivia, every one of Kunal's five mixes has been from a different game, each of them RPGs or action RPGs. Clearly there's something inherently appealing in the types of scores written for the genres that resonates with the ReMixer, and that resonance has provided us with some great arrangements, this track being no exception. Things intro with solo piano over phonographic static that some felt was a little intrusive, but certainly creates a maudlin, sepia-toned nostalgia. That ambiance is interrupted by a string run that leads into low brass hits, setting the stage for an electro-industrial groove that comes in and essentially shifts things into hybrid mode, transforming a melancholy wax cylinder piano recording semi into an electrified, electronic Optimus Prime chimera. The static continues intermittently, but a vinyl feel is applied to the production throughout. There's some slick chromatic string runs and some impressionist piano soloing towards the end; salient ingredients in an already tasty stew of mixed d'n'b style percussion, an interesting, aggressive synth bass that pulls some neat stuttering effects, and an orchestral ensemble. Note that this mix, like Dhsu's, is also from the Bad Dudes EP that OneUp Studios put out; hopefully these mixes being posted will shed some more light on what was clearly a pretty solid project. BGC liked the mix, but commented on the compression, which I'd roll into the intended vinyl effect:

"All around, pretty cool stuff. I like it. Interesting arrangement as well as interpretation. There are a few times where I couldn't help but cringe at the compression--seems there may have been a couple volume issues you may have overlooked before your final render, such as 0:45 (where the breakbeat comes in), 1:39, 2:26; pretty much anywhere there's a build and crash. it'll only bug the listener if they're actively listening for it though--otherwise it doesn't really detract. Anyway, pretty energetic and otherwise engaging take on the original themes. Definitely good stuff."

This'll be a fun ride for most, and the only thing I see raising some eyebrows is the production decision to emulate vinyl, in more ways than one. There are more than enough other elements present that I'm not sure this effect was called for; it certainly doesn't detract much, and it avoids coming off as gimmicky as it's consistently and professionally applied... I could go either way. Kunal does his own thing and does it well, though, consistently making what others would consider odd decisions work quite effectively, revealing the hidden allure of some peculiar source tunes in the process. Any time of the month's a great time of the month for PMS!!!

Yes, I just said that.

The arrangement's bold dynamics promise a surprise around every corner, through every transition, and in every section. First, the piano starts as fragile as a flower, soon growling a grudge, meandering in a state of uncertainty, and then going "!" before the strings rain down like evil minions. It only gets more chaotic from there.

Some of the synths act like Eve's bastard children: slimy, stretchy, bubbly, mutating... and badass by extension. The declarative brass swells leading Influence of the Deep seem to hand the reins to more than one instrument in order to balance the load. Speaking of which, the strings and piano are made for each other, playing off the other's parts for maximum intimacy. All the while, emotions ride the semi-climactic builds and crashes, and impromptu percussive quips transfer/transform the energy of the mix more wildly and proficiently than mitochondria ever could.

Twice more does the piano dominate. At the halfway point, it's subdued but purposefully contemplative. In the end, it's like a forgone/indecisive conclusion that invites the listener's input.

PMS discombobulates, but in a good way.

Pretty hot stuff, beats and orchestra are a huge win stylistically, in my opinion.

I was always underwhelmed with the OST of Parasite eve, but this makes it much better, and have a lot stronger flavor than the almost generic-sounding original. Great orchestra and piano. The piano was really nice, especially in the solo section where it has some beautiful runs. Even the brass was good.

I can respect the record player static, though I think it could have been brought down a bit and still remained effective to what you were trying to achieve without becoming distracting. It works very well for the bre

Overall a great piece, but can you really expect anything less from ktriton?

Don't like those choppy solo strings. You can hear the volume drop out as if into vacuum when a new note starts playing with that too-long attack.. Gneh. Also, the static at the start doesn't really sound super-good to me, sounds kinda digital to me instead of warm vinyl popping. The broken compression has been mentioned, quite uggly ripples there..

Great arrangement here, though I'm not familiar with the source. I love the blend of orchestral and electronic elements. Nice beat work and great breakdown at 1:48 with the piano.

My only (minor) complaints, which have already been voiced, are the production issues with the distortion on the hits - due to the over compression. I think the levels also could've been brought together better to have the more electronic portions brought further forward in the mix (actually, this may also be due to compression issue). I'm listening to this on my mixing headphones, which probably makes this stuff more obvious than usual.

Anyway, those small issues aren't enough to keep it off my playlist. Well done.

This is a very cinematic song, I can dig that.

However, no matter how much I usually like the sound of vinyl, I don't think the crackling fits in here.

So yeah, good job, but flawed. Just a minor flaw, though.

Sorry guys, I did this one really quickly as my free time has gone down the drain lately. Didn't actually take the time to "master" it, so I never actually listened for any of these imperfections. Perhaps there'll be a future release, but chances are slim.

Anyway, look out for more stuff from us Bad Dudes soon!

It's not a matter of being brave. I drive around listening to original NES stuff all the time. Today I was listening to Busta Rhymes, The Strange Fruit Project, and the Super Dodge Ball Original Soundtrack.

Don't let people look at you weird. Have confidence.

About the track, the more I listen to it, the more I like it. But the more I wish Kunal hadn't of gone with the lo-fi record route. Maybe a release down the road?

Watch for another EP from the Bad Dudes sometime soon. www.OneUpStudios.com

Wow, serious love for the Bad Dudes EP today. Thanks to djp and the judges!

I agree with BGC on the compression. I didn't realize it until I was listening to the compilation in my truck - the overcompression really crackles at those loud points. I came home and called Kunal - he seemed to not realize it was there.

Either way, this is a rad track. Not really what I expected from Kunal, but totally appropriate for the EP.

Watch for another EP from the Bad Dudes soon...

wow you're brave enough to play OC music in your vehicle too? I salute you. I find it hard to keep a straight face tho if its a classical/symphonic track when ppl are staring at me queerly...

but meh. And yes this EP remix is incredibly well done.

Man, crazy song. Really like the energy you were able to put into it. Real fat bass too, got real good stereo to it. I dunno how you were able to control all the chaos in this song, but it came out damn well.

Really good, but I wish the crackling would be cleaned up a bit. That's probably the only real complaint I have about this remix.

woot, another rare mix of P.E. shows up and it's doped out as hell. Somehow it manages to be wheepy, dramatic and frantic at the same time, talk about sexy. Gotta love how video game music is the most unique medium ever, especially with such talented remixers like yourself Kriton. GJ, my hat's off to you

Really good, but I wish the crackling would be cleaned up a bit. That's probably the only real complaint I have about this remix.

Yet another one of those days where I shout "YES!" on checking the OCR main page that my brother has to say "what the hell is wrong with you?" This is the sort of stuff I really liked here before I OD'd on shna =) It's fantastic. I especially love the way the piano intro basically fakes out the rest of the track, though some crackling and stuff hurts a bit.

edit: the reason for my excitement being of course that Lord Blazer will always be totally fucking awesome.

This is some cool shite dude. ktriton always seems to come up some original yet refined ideas for songs. My favorite parts about this are the lil splashes of electronic flava they really are the bread winners of this track.

Its starts off kinda creapy like then goes into a...how would you describe it...a...I'm not really sure how to describe it but its freaken awesome 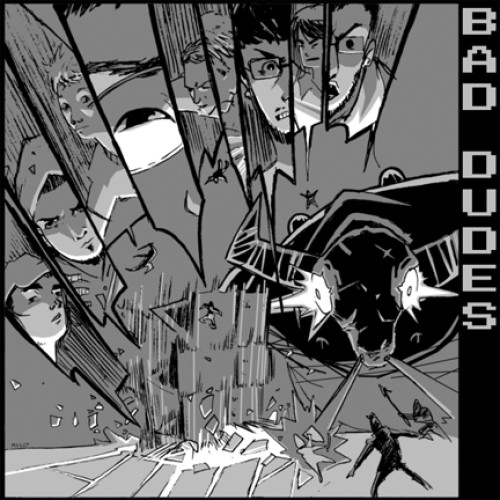