Happy Halloween! This is a little bit late, for which I apologize, but it seems like everyone and their grandmother has a late October or early November birthday, and I actually spent most of tonight with friends and family celebrating not one but two belated birthdays. Honestly, although it's ironic since I'm a huge fan of horror films, Halloween has never really been a big thing for me, but I can appreciate those who DO get into the mood... it's sorta like socially acceptable cosplay for the masses. At any rate, there's still some hours left in the nocturne, and it's thus not too late for some Halloween-themed mixage, courtesy one dude of Maze. Mr. Getman presents us with our first mix of Psychonauts, a critically-acclaimed, innovative game that didn't sell as well as it should have but is often pointed to as an example of how the art form has progressed and how innovation and more involved, intelligent thematic material is doable. Chris asked me to pimp the recently released Bad Dudes EP-03 as part of this mix writeup; it's an album of kickass Halloween-themed game mixes by a lot of familiar names that's sure to get your fright on, in a positive and musical fashion. Are you bad enough to download it? Check it and other great EPs out over on OneUp Studios' website. About the mix itself, the artist writes:

"Well, Psychonauts has become one of my all-time favorite video games. It is inventive, humorous, clever, and fun. Coinciding with this is an amazing soundtrack, composed by one of my all-time favorite game composers, Peter McConnell. His partnership with Tim Schafer on previous adventure games such as Day of the Tentacle, Sam n Max, Grim Fandango, Full Throttle, and others have provided me with countless hours of video-game playing joy. As a composer, he is very difficult to remix, as his chord style is very chromatic, unpredictable, and complex. Yet, as a die-hard remixer I have taken the time to decipher a few of his songs over time, and have enjoyed the challenge in remixing them.

The soundtrack to Psychonauts is rather unusual. While it still maintains the Peter McConnell vibes, it was heavily influenced and inspired by the soundtrack to the feature film "Beetlejuice," composed by Danny Elfman. In fact, this particular track is reminiscent of the score to the scene where Beetlejuice becomes a giant snake and attacks the family. So, all in all, I am blending a great many things together in my remix (like usual, hehe). We have Peter McConnell, Danny Elfman, a hint of Henry Mancini (as the bassline is also slightly reminiscent of "Peter Gunn" ), some circus elements (considering the game itself has a lot of circus elements), and of course, good ol' industrial Mazedude goodness."

My older sister once unsuccessfully tried to convince our high school band director to do an entire marching band program of Danny Elfman music, leading off with the intro to Beetlejuice, which is my favorite piece off the OST and possibly by Elfman overall. True story. Chris did a better job summarizing this mix and what it's all about than I would, so instead I'll shamelessly quote Mr. Orichalcon... I don't know if they have Halloween down under, but he's groovy regardless:

"The melody is awesomely remixed in a retro-dark mood, pitch-sliding all over the place. The beats are dark and thick, the piano is evil and foreboding. Can't ask for anything better."

Very cool. Enjoy our first Psychonauts mix, another great Mazedude mix, and an excellent Halloween mix, all rolled up into one tasty bundle that's all treat and no trick.

I just beat this game a few hours ago, and, man, I can say for sure I can certainly imagine this track being in game! Absolutely nailed the overall creppy yet wacky and zany atmosphere of Psychonauts

The original is not something that would get stuck in my head immidiately, but Chris made it sound really nice and entertaining... yeah. The source is easily recognizable, but you've also got a plenty of new touches and some classic quirky Mazedude instrumentation! Very good job on this one!

EDIT: Almost forgot to mention that I learned about the game itself only thanks to this track! So yeah, huge kudos for making it, haha

This reminds me a lot of the gargan roo theme from ff9. Pretty cool stuff!

I don't know which is more menacing: the many risings in the scales that pile on a sense of unease like a stack of wrestlers, or the bass piano endorsing them. Together, they bare and chomp their teeth. What's even more amusing is how the volume-tamed niches and the mainstream music quotes slip right in like they couldn't be more comfortable - the Mozart bit in particular sounds like it's saying, "here's a bright idea for you!"

If this was a Halloween mask, it would sport a sharp-toothed grin. ^WW^

For some reason I'm reminded of Zombies Ate My Neighbors. I haven't played Psychonauts, but if it plays like it sounds, for this I'd give it a try.

Never played Psychonaughts unfortunately, but I still love this track.

The tracks needs a couple of listens to get used to and understand everything that's going on (plus all the little hidden motifs), but aftereards, you realise how awesome of a track it is. This is dark, twisted, nightmarish every other demonic related word I can think of.

Ah Psychonauts. I thought the game was a lot more interesting than it was fun. Sort of a once only experience. Its soundtrack was a bit of the same for me, although there was some great orchestral themes in it.

From what I remember, this mix is pretty faithful to the original. There is more of an edge here, obviously, and is embedded with a lot more cameos (although I'm pretty sure some of them were in it originally).

I don't think I'd label this as essential listening, and is more of an acquired taste. A lot of it has to do with the theme, which teeters on dissonant with it's high-registers and unpredictable progression.

It's a great recreation of the source game, however, and really captures the tone of what it was about. Insane characters entering the insane minds of other insane characters. Who better to deliver the perfect soundtrack to that but Mazedude.

Whereas the source was a bit dry for me, I can enjoy this update a great deal more. Great work as always.

i never played this game, ( i want to though, cause i've heard it's something else )

BUT THIS is just pure love ..

Very interesting, this is a track that takes several listens to get a decent feel for, and then several more to get a working familiarity with. There are so many hidden motifs in this, like the aforementioned Peter Gunn theme, as well as a few others I can't as readily name, but mostly recognize from ages-ago music theory classes or commercials.

This mix plays out as an aggressive stroll down some demonic main street with all sorts of things happening at once as you pass. It juxtaposes at a breakneck speed, sometimes sounding completely natural, and shifting to something jarringly mechanical (like that insane piano run). Qualities like this actually add to the nightmarish feel, as if for a moment things seem normal on the surface, and then the facade is ripped away suddenly, revealing something else entirely beneath.

Not something i'd listen to casually, but undeniably compelling. It will take a few listens, but you'd do well to get familiar with this one. Very much a quality mix.

This is an excellent track that might easily have gone wrong and turned pretentious, but didn't. Instead, it uses sound variety combined with a ostinato-turning-theme that drives the piece with a powerful chord. Besides all the the great musicianship, there is a minor complaint to be made, which is that the artist could have been slightly more liberal in overall dynamics to make it perfect. But this is it, apart from that it is simple a great song.

This is classic Mazedude from the very beginning. Powerful, twisted, sick, wonderful. All at once.

Also, the Peter Gunn theme in there is hilarious.

Keep up the good work, and hopefully we're going to hear more from you soon.

I'm envious of the way you can fill your works with an overwhelming dark atmosphere. I've tried so many times and failed to do the same. When the Peter Gunn theme came slithering through at the 1:30 mark unexpectedly, you won me over with goosebumps.

I think this is definitely the halloween track for OCR....very spooky, very jarring (in a creepy way). The low piano really carried that whole jarring feel very well. I may have to check out psychonauts now......

I'm so glad Psychonauts got love. MAZEDUDE LOVE! THE GREATEST LOVE THERE IS!

Very nice work. This isn't like anything I'm used to hearing. It's very refreshing in that regard and fits the Halloween mood perfectly. Great stuff all around. I really need to try this game at some point. 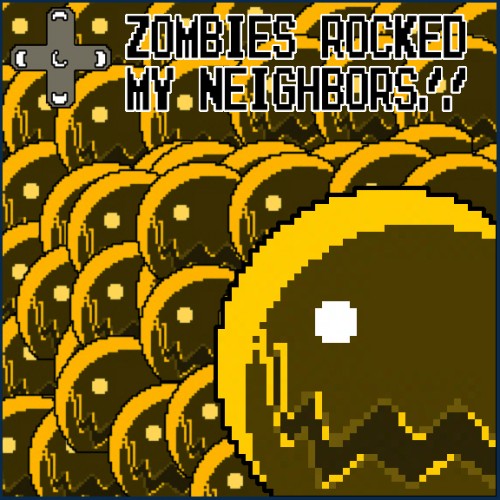