Ahh, Cheetahmen II. A classic. Revered in the world of gaming and mentioned in the same breath as Zelda, Metroid, Final Fantasy, Metal Gear and Sonic as a title that adults and children alike can enjoy, with amazing depth, tight gameplay, cutting-edge visuals, and a jaw-dropping score.

Or not. Well, that last bit happens be at least a little true, as the game's main theme has been championed and repurposed, ala Zero Wing. Larry blogged about the phenomenon over on VGF, Kotaku investigated the trend, and the Japanese doujin scene have even released an entire album dedicated to the furry foursome. Clearly plushies, a next-gen revival, and a feature film are only a matter of time! For the full, sad, long, optimistic story of Active Enterprises and their misunderstood Cheetahmen, check out Cheetahmen Corner. And so, egged on by Larry and carried forward by the inevitable threads of fate that make men do the bold, often tremendously silly things that we do, AnSo has provided OCR with a CM2 mix that's up to our standards, and this seems a fitting day to unveil it. Mattias writes:

"I started by laying down the intro strings and bubbly synth texture for a straight electronic remix but as always, it got out of hand. While browsing potential sounds I took a trip through the AMAZING Electro Mechanical ReFill (free for registered owners of Reason 3+) and started jamming with a Clav. My hands went like crazy and I had to do this funk-style. So it was late and I recorded a LOT of licks. Took the best ones and started re-recording. Improvised an organ solo and started to touch everything up. I was actually amazed what I did in two days and honestly, I don't think I could've done this any better. :) Everything in this remix is played by me on the keyboard except the tam, the shaker and some ghost-note programming. Everything was done in Reason 4.

A big thanks goes out to Larry for really sticking by me with this, providing constant feedback and helpful tips. He actually recorded himself sining a part he thought I should use as outro, which I did. Also I'd like to give JJT some creds, he gave me some great feedback and helped me with some minor issues. Much love guys."

With Leisure Suit Larry and now this, AnSo's got a reputation not just for bringing the funk, but bringing it quickly. Synths intro, but when the clav drops, that's really all she wrote. Funky acoustic kit on drums, some bells, calliope, synth string pads, and even a funny lil xylophone bit all flesh the piece out, but the element that keeps it fresh, tight, and moving is definitely the clav. Not all the judges were lovin' on the original Cheetahmen II theme, which is an opinion punishable by death in at least eight countries, but thankfully 'lli stepped in with some CheetahLove and a good analysis:

"Very fun track. Excellent personal take on the awesome source (that's right), funkifizing the drive from the original into some sweet groove.

The main melody is all over the mix, but you've got all sorts of twists on it throughout to keep it fresh, as well as additional supporting writing, like the organ in the chorus repeat at 1:15-1:28 and mallets in that repeat and the one at 2:23-2:37. Even during the original organ solo at 1:01-1:14, the bassline is arranged from the very beginning of the source, so you've still got the original in there. I don't think I ever would've realized that you snuck in some FF9 at 1:29-1:56 if you hadn't said anything in your e-mail. The melody just fits in with the rest of the material perfectly. Great overall arrangement."

Pretty much; OC ReMix might be a little late to the Cheetahmen II party, but with this ReMix AnSo's ensured we at least got here in style. Livin' Large!

Funky thing. And I like it. Mattias did great job. The original tune is catchy, sure, but it seems to be quite repetitive for me, so the organ solo at 1:02 did it some favor. I also liked how "You're Not Alone" incorporated here, creating kind of dramatic chorus. Oh, yeah, bass is cool.

Man, this is funky. I think it's puzzling (and hilarious) that a game so craptacular generated such a catchy tune.

I can't stop listening to this, it is that great.

Wow, how come I haven't heard this one before?

I'm not sure how to sum up my feelings for this mix; It's so obtusely and bizarrely hodgepodge yet so overwhelmingly catchy and good. Wow, just Wow...

I think I like this a lot; it's such an incredible experience to listen to, and this is so unique I don't think one will find anything like this elsewhere.

I love the source tune, and I feel that this remix is a worthy offering to the godly cheetahmen themselves, Aries, Apollo, and Hercules.

An interesting aside bit of Cheetahmen trivia is that Aries uses the spelling of the astrological sign, rather than "Ares", the Greek god of war. A funny typo that actually makes the train wreck that was the game even better.

Anyways, this mix is great, i love that percussion, and the creative arrangement of the melodies. Surely you don't need my recommendation to download this slick mix.

Sweet organs this remix was great. One of the very few tracks downloaded. Good job.

I honestly only listened to this a few times back when it was released, but it's always been awesome. I didn't catch the "You Are Not Alone" cameo until I just listened to it a few minutes ago: Totally badass. Nice work, AnSo. 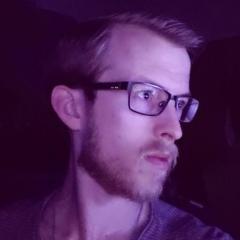 Yeah, I didn't read the review, and I totally caught You Are Not Alone about 5 seconds after that part started playing on first listen.

I'm so proud of myself

Another Soundscape, I really like your stuff, but I have to say you missed your mark on this. You see, with pointless internet phenomena, one must be truly horrid at their craft to do due tribute. See: all your base, numa numa. You, through your work here, have disowned the very thing you seek to promote. You have created something good. By adding legitimate awesomeness to this trend, you helped it toward its demise, as nothing good can last on the internet. For shame.

BTW: best use of You Are Not Alone ever. And seriously, you bring the funk. It is awesome.

Oh, at the risk of derailing this thread...

Anso's got the groove. Very funky, sometimes oldskool sounding remix. I love the keyboard, and some of the stuff going on in the background adds a lot, too.

My only complaint, and unfortunately something that drags this whole mix down for me, is the choice of the main synth. I find it to be a little too loud and piercing; less would've been more here IMO.

Other than that, nice one. Keep'em coming.

Nice work. This is definitely going on my annual summer ocremix CD.

I'm neutral towards the Cheetahmen. I think it's another fad - Not a bad fad, but still a fad nevertheless.

Yet, it kicks ass, and upon first listen it invoked a nostalgic feeling - and I've never played the game. The 'verse' is sinister and the 'chorus' is a bright and happy diversion that keeps the mix from getting repetitive. It makes me feel like I'm running around in the jungle on some imaginary vacation. Nice work. This is definitely going on my annual summer ocremix CD.

Awsome....Ever since I heard some of the japanese remixes from kotaku.com I was waiting for teh day a good remix would show up here...and this is it!

Also, fro the pepople who are not fimiliar with the game, here is a lil taste:

Thats pretty much how I got exposed to the Cheetah Men 2 remixes. I agree with what Kablammyman just said as well. I've quickly grown to be a fan of AS's work. Its nice that he's kind of breaking the mold and remixing music from games that haven't been covered thus far.

Awsome....Ever since I heard some of the japanese remixes from kotaku.com I was waiting for teh day a good remix would show up here...and this is it!

Also, fro the pepople who are not fimiliar with the game, here is a lil taste:

I seldom post my impression on a remix, but I must say this: "you're making me imagine Chester Cheeto in his own game vividly displayed before my very eyes." What's played starting at 1:29 reminds me of a very old Megaman game except I'm using Chester Cheeto instead. A very creative mix to make me imagine this bizarre game...

Interestingly, Chester had his own game back in the day.