Cave Story hotness from the one they call OverCoat:

"This song is basically 'Path-ology Take 2' so theoretically it should pass... right :P? Interesting factoid: it is track 1 from the Cave Story Remix Project. The track remixed is 'Living Waterway.'"

This is an interesting minimalist piece that's very comforting to listen to and which establishes a solid groove that develops over time. Perhaps the most salient arrangement element is the underlying ambient drone that intros and persists for the first two minutes; it's an Eno-ish texture that sort of inhales and exhales slowly and works quite nicely against cross-panned bitcrushed drums and flutey synth leads. Both melodic and rhythmic variation increase as the mix progresses, and some of the rolling hi-hat patterns towards the end are quite nice. Logically and neatly, the mix concludes with the same ever-evolving drone it begins with. The panel was sorta split on this one, with some feeling the combination of being somewhat repetitive with also being rather liberal was problematic. Jimmy struggled internally a bit with the call but came out in favor:

"This is a really habit-forming mix. it truly is. typically i'm really particular and often kind of "meh" on minimalistic mixes, but this one is kind of hitting the sweet spot. I like the vibe, and the melodic connection is definitely clear. really, considering the length of the track, i don't think this ones as repetive as it might seem, especially with the slower tempo."

For my money, the judges that approved this track did so while citing the same issues I would, but also emphasizing the same elements which more than compensate - namely, an interpretive & unorthodox arrangement, enough variation to constitute substantial development throughout, and that special something that gives the track an enveloping, warm atmosphere. This one definitely bears repeated listening, and has a deceptive amount of depth. Very cool.

I'm not big fan of minimal pieces of music, but I love this one, actually. The flute sounds pretty nice and the crunchy percussion is good as well. The groove is really unusual, but it's still quite cool. Nice work!

I swear, that vibrating drone in the intro sounds suspiciously like a low-humming machine - maybe it's producing bubbles or helping another machine operate. Either way, it feels calming but important. Speaking of bubbles, the percussion here seems to evoke "popping" imagery of sorts (except for that left-left-right membranophone pattern, which kinda straddles/outlines the beat instead). Throw in the "reaching for higher surfaces" flute and the vibe becomes quite floaty. In fact, the way the mix is colored makes me wonder if this is how Curly Brace would hear Living Waterway (you know, given her condition upon entering).

It's easy to see why this is one of OverCoat's most popular mixes. +1 fan here.

Loved the minimalistic vibe here, the pad from the beginning was great; also the bouncy, distorted toms(?) worked very well. I thought the flute sound was a little piercing, perhaps what Marmiduke was saying about the sounds not meshing 100% together. It's also a bit short, but what's there more than makes up for it. The source was taken to an interesting direction too. Great sense of space, I generally like mixes that deliberately take their time to develop.

I have to say that I agree with the criticisms on this one, despite enjoying what I hear. I don't think the lo-fi elements necessarily mesh with the more serene, natrual elements in a particularly successful way. I also think that the intro tends to stagnate long before the main thrust of the mix. The ending is also notably underdone and sounds completely unconcieved, to tell you the truth.

But hey, like I said, I still enjoy it. A good tune is a good tune, and there's still some pleasant (if a little minimal) times to be had with it. A lot more could have been done with this mix, but I still appreciate its merits and the work that did go into it. By no means a technical or substantial powerhouse though.

Great work. Puts me in a metallic jungle (first adjectives to come to mind) setting. Lovely to listen to!

The intro pad sounds like a poorly looped good pad. I don't mind the propeller-like sound it has, and it sets the mood well. The instrumentation is pretty odd here, lots of lo-fi stuff, but it works. Listen to the background sounds here, you'll hear some pretty interesting stuff.

A little weird that it takes 2:20 before the hats come in, that actually bothers me a little. Either the hats are too loud or they should ahve been introduced earlier. The remix is also a bit too repetitive for my tastes, and seems to be missing a few patterns in the end, it just stops.

I don't think i'm the target audience for this one, though I really like that flute.

Another OCRemix by Overcoat; didn't see that one coming. Not as minimalist as your (somewhat recent) original works, but that makes for a nice change.

The lead is wonderful and somehow reminds me of 90s JRPGs. The atmosphere the song sets up is great.

Just to say that I still listen to this one on a daily basis.

I still think that it's perfect. Unlike Path-ology.

I'm so glad to see this mix finally accepted.

Here's the original song w/ some of the game's artwork, for those who haven't heard the real song yet :/

This song is stuck in my head big time. I am finding myself humming it without even realizing it. I haven't heard the original, but either way this rendition has so much charm I doubt I'll get tired of it for a while. My only complaint is that I can't really hear the ending coming, and it always makes me a little sad when it stops.

This reminds me of Kikuta, my favorite composer.

I am dazzeled whith the flute, especially at 0:45, when arpegios kick off.

I find no flaws on what I'm hearing.

To my ipod it goes!

I really enjoyed the lead. Fit the mood perfectly. Something so simple yet sublime at the same time. While the song is minimalist and repetative I don't mind. It has "atmosphere" that is enhanced by the arrangement choices. Really chill stuff dude!

I am floored by how enjoyable this is while being so minimalist. Normally when I hear songs around here with almost no instruments and a seemingly simple arrangement, it just sounds weak and uninspired. But this works very, very well. Plus your synths sound excellent and I really like the drums. This is one of the best things I've heard on this site. 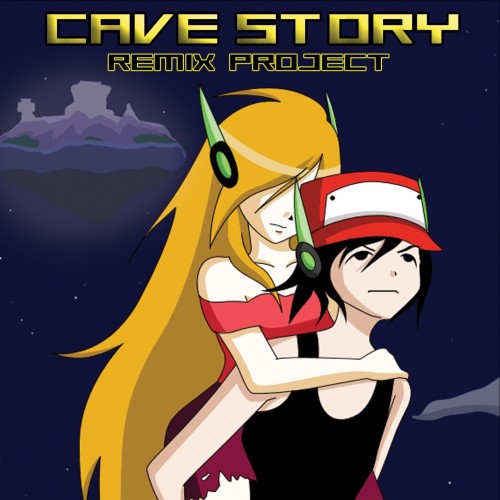