Many of you with PS3s (or friends with PS3s) are no doubt busy enjoying the epicality that is Metal Gear Solid 4: Guns of the Patriots, so what better time to post this ReMix of the original Metal Gear from newcomer musicalman, aka Pascal Lamarche. This arrangement won DoD's MAGFest 6 free month back in January, so you know it's awesome, and Pascal's cleaned it up a little bit since then. Judges basically had some reservations about the treble ratio, specifically the volume of the cymbals in the original mix:

"Aw, hell. This thing just kicks ass all around town. High quality sounds used in awesome ways. Epic intro, excellent performances, and some really cool detours. I could have listened to another minute of this easily. It'd be incredibly hard to say NO to this and yet...

...Larry's dead on about the cymbals. This song is already pretty loud, and the cymbals are really loud. I feel like I can't play this at the volume I want to because the high end just gets overpowering. If you can tone it down a little, this is a no-brainer pass."

Well, this version can go to 11 (and BEYOND...) since Pascal toned 'em down a bit, so brain is no longer required, making judges happy. There's a sci-fi/horror flick-style operatic vocal to intro things, as a brief orchestral prelude starts us on our journey. I love how right out of the gate the arrangement shows such depth of character, freely mixing musical genres & inspirations. Rock/metal starts at 0'22" after a quick radio-static effect transition. Pascal's not afraid to blend textures, and rather than keep things pure guitar/bass/drums, adds some synths and vocal timbres in as well. Transitions here are brilliant and effortless thanks not only to intelligent arranging but also refined production and willingness to experiment; 0'58" is a brief but fantastic segue into more exposed lead territory at 1'05" that - while continuing to rock out - is actually rather beautiful at the same time. 1'25" employs the same static effect as before to transition into a softer section where the cross-delayed attacks of muted guitar and bass percolate under a swirling exchange of ensemble and solo choral passages and brass hits. 1'53" changes the demeanor from ethereal to downright demonic, with a heavy 'One-Winged Angel' style section that transitions to more soloing. An ingame "Snake... Hurry" sample prefaces a final push of the main melodic motif before a bombastic ending fitting the grandeur of the overall arrangement.

This is fantastic work that's a textbook lesson in the perfect ReMixing trifecta:

Certain genres don't really allow for the third element as much, and as a pretty mediocre musician myself, I certainly focus more on the first two, which are more core to what OCR's all about, but it's amazing when someone can put something together that so clearly encompasses all three so completely. Pascal would probably still be able to make a badass mix if he wasn't as skillful a guitar player - I personally feel that composition and production can be excelled at without comparable mastery of performance - but then this specific mix wouldn't have been made, or would have necessitated collaboration. Instead, we've got a relatively short piece that nevertheless displays a truly formidable arsenal of musical weapons wielded by a single dude... not unlike Snake himself.

The intro and the outro couldn't be more different, which I don't really care about, but I find the intro interesting seeings as it seems to suggest one direction for the mix straight out, and then it's thrust into quite another. In terms of melody, I strongly, STRONGLY agree with the direction taken.

The ending turns this mix into what was above average into top-tier stuff. Great guitar, great arrangement, great everything. Love it.

I found this track to be very catchy. Good tune here

Excellent ReMix. Just... excellent. Even though I'm not a big Metal Gear fan, I've had the mix stuck in my head all day and it's been great.

Nice work, musicalman! Any more in the works?

When I first heard this one at DoD, I thought "Virt? Viiiiiiirt!!! Why did you redo your song from a few years back?"

After a few listens, though, it was pretty clear it was a different guy altogether doing a somewhat similar song on the surface, but underneath, there are a lot of unique differences.

The guitar playing on this is beautiful, great emotion and some good chops to boot, a few sections that seemed a little sloppy, but it's solid (lolz) where it counts. The chorus sections are excellent, and really help make the song great.

Arrangement and flow are excellent, with the vocal samples and sound efffects used to add punch to transitions in a tasteful and cool way. It kicks up the song a lot, and the varied soundscapes and colors are great.

This one is great, I wish there was some more from Musicalman all up in this.

Clean mix, impressive arrangement. Although, for some reason, i get a distinct Michiru Yamane feel from the guitar work. Maintains a bit of semblance to the classic structure of a military march, but deviates in the best possible way.

Definitely looking forward to more submissions like this one.

This song is very addictive. Great job, and thank you.

this is all kinds of awesome, all kinds!

The beginning is hilarious. Great idea.

All in all a very solid rock track with nice breakdowns, e.g. around the 1:30 mark. Very good use of voice clips, too.

The end was handled quite well, too.

What is it with dudes with the name Pascal? Why must they rock so much?

Thank you all for your comments about my remix... i really appreciate your warm welcome on Oc! 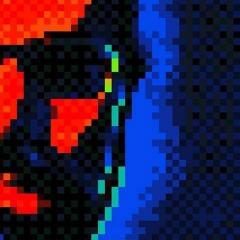 Ok, that's a bit freaky, I was listening a few hours ago to the astonishing "Metal Gear Solid Legend of the Snake OC ReMix" by Ruben Kee (May he Rest In Peace

), and I was thinking that Its been a while since there's been a Metal Gear or MGS remix....and there it is!

Fantastic job musicalman!! The power is there and the feeling as well!! It's just amazing!

This is my most listened to remix since it won DoD in January. Big fan of it, it's super clean and really spices up the sneaking theme to MG. Great stuff, look forward to hearing more.

Awesome mix. Production is scary good. The Gods of All Things That Rock are grinning maniacally down upon you, musicalman.

This is rockin'! The segment starting at the 2:10 mark is EPIC! Seriously, my theory is now fact! 2008 will be a magnificent year for remixes!