"This is a mix of the Rusty Ruin Zone theme from Sonic 3D Blast (Sega Saturn Version). I originally created two different short remixes to this song, and later, combined them to create this one. It is in my usual Jazzy/Chill style, nothing thats really gonna blow you out of your chair, its just something to relax to. It took me a bit longer to submit this than I expected due to some unexpected trips out of town, but its all good. I also had a damn hard time trying to find a way to end the song, so I just kinda did a half assed fade out, while trying my best to mimic the way the original song ended. Its not the greatest idea, but hopefully it won't effect your decisions too much.

Since my headphones died on me, I had to try to finish the last section of this song without close monitoring of my volume levels and EQing. I think it turned out pretty decent, but If you guys spot anything that needs to be addressed, please let me know and I'll get on it right away."

... I think he set a record for self-deprecation and humble preemptive cooperation with judge feedback there! Larry and Shariq had a bit of a back-and-forth going on which Sonic 3D blast - the Genesis or Saturn version - had the best soundtrack. Quoth Oji:

"This did a good job of retaining a lot of the basic structure of the originals (even replicating those signature choir vox shouts) while creating entirely different textures... I thought the Rusty Ruin and Diamond Dust themes of Richard Jacques absolutely killed the Genesis soundtrack, but some people disagree."

"This is a tight package mang. Beats, guitar, sfx, everything melts together with great synergy. It's got a really chill atmosphere... Man, you should tackle the Genesis/MegaDrive version of the soundtrack. It's so good, and so much better than the Saturn one (LARRY >:\)"

Definite Latin flavor here, with a very, very smooth buidup to the hit at 0'40"; though synths feature more heavily towards the end with some monoglide action, the bulk of this piece is more straight acoustic instrumental, like Damon's previous Chrono Cross ReMix. Excellent piano sequencing and a cool breakdown circa 2'01" with some ambient birdcussion; there's a good sense of depth to the production that gives this section in particular a wide, believable space. Whether you prefer Jacques to Senoue or not, this is a great & mellow jam that's well constructed and, in spite of any struggles the ReMixer had making it, sounds quite natural. Chill.

Anybody else realize that the very beginning is just like the theme to Chip n Dale Rescue Rangers?

I thought I commented on this? I guess not.

I'm not familiar with the Sonic 3D soundtrack, but this is a pretty nice track. It has a groove yet manages to be gentle - I've listened to it on loop for a couple of hours now, and I can't really see much that I'd change other than maybe adding another instrument for a fuller sound. It's pretty well arranged though, and I don't think I'd want to see anything changed with what's already there except for potentially minor tweaks in production. 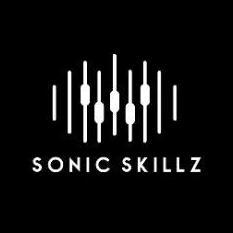 I never commented on this? Wow. This mix rocks the house. Ultra-smooth vibin' music, just the way I like it. Kudos.

Surprised to see that this incredible track has gotten so few reviews!

I can't offer much technical criticism, but I know what I like and I definitely like this!

You've got a way of picking instrument samples that compliment each other perfectly. You've created a wonderful atmosphere that's easy to chill out to, but it's got enough motion to also keep the song interesting and engaging throughout.

The track's got drive without being aggressive, I like that. This track belongs in the background, but doesn't feel out of place in the spotlight either. Relaxing, certainly has something of a summer vibe as OA already mentioned.

I really like the opening of the song. Very nicely done there.

Overall, nothing sticks out in the track. I mean that in a good way. Damon mentioned that it was meant to chill out to, and it does absolutely that. The mood is perfect.

The ending is the only sore spot. The fade out and then the sudden ending is a bit much, and unnessecary. Aside from that, good job.

Nice chord progression and some very pretty arpeggios. The strength of this track it's great beat and overall chill vibe, while still having some touches of excitement and some great texture.

Synth lines were excellent, and the percussion was well thought out. Production was clean and though I think a few of the volume levels were off, overall it was strong.

The ending was a bit abrupt, and I won't say this often, but I think a fadeout would have actually worked better in this track's case.

Ultimately, this is a groovin track with a great mood. Perfect for summer. Awesome work.

I really like the violin playing in the background. And "birdcussion" is always win.

I remember this as a WIP in the forums, and have been listening to it for a while. Glad to see it made it on the site!

Awesome acoustic guitar sequencing. Always paints a nice soundscape when done with some attention to detail. The RnB and Hip Hop influences really make this a relaxing and chill track to vibe. The synth lead reminds me of some mid 90's west coast hip hop sogs. 2:04 with the ethnic synth design was my favorite part. Per usual good stuff dude!

The Genesis version of Volcano Valley is way better than the Saturn.

Ah remember hearing this when it was still a WIP, and glad to know it's been finished and accepted. Song RAUCKS, not too far from the original, but nonetheless I like it. Oh and I second the Diamond Dust comment...just throw in Saturn's Volcano Valley too haha. Yeah, I could listen to this song just to chill...I like a lot.

But one thing I wanted to mention to one of the reviewers, Oji: Richard Jacques did the Saturn version of Sonic 3D Blast; Jun Senoue did the Genesis version.

I knew that already. To clarify, "I thought the Rusty Ruin and Diamond Dust themes of Richard Jacques absolutely killed the Genesis soundtrack [in comparison], but some people disagree."

I definitely like it. Like the review says, it's something you can relax to. But one thing I wanted to mention to one of the reviewers, Oji: Richard Jacques did the Saturn version of Sonic 3D Blast; Jun Senoue did the Genesis version.