"this is actually a remix of a remix. i did the original arrangement for joecam's Animal Crossing project, then decided to remix my own remix since it sounded good sped up. the title and content comes from this, one of the greatest videos and greatest drummers ever - http://www.youtube.com/watch?v=PC20X0DKsqo"

We've got a couple great AC mixes from Kaijin and OA that each take the soundtrack in different, more traditional directions, but po really embraced the quirky, eccentric OST head-on. At times perhaps grating, the game's music is nothing if not original, and this mix preserves ALL of the zany while adding a level of musicality, funk, and spirit we've come to expect from the artist. While I love that we've got two mixes that sanitize the insanity that is the music of Animal Crossing, I'm equally glad po's taken the approach of maintaining, even amplifying the peculiarity of the source. The only issue judges had was with source usage, actually - the middle of the arrangement meanders a bit. Vinnie writes:

"I love the approach taken here, very reminiscent of Pizzicato Five and Fantastic Plastic Machine who were faves of mine back in college. Same sense of random fun with a predilection for bossa and sampling. I guess the issue for me is whether it's cool to do one minute of an arrangement, one and a half minutes of seemingly original material (plus uh Sagat), then another minute of arrangement. Put me down as a borderline YES - this would have been greatly improved with some Animal Crossing thrown in the middle somewhere. It sounded like at the beginning of the second section you were starting to do some version of the melody in a different mode and that would have been a nice twist if it followed through longer."

Shariq and Jesse both thought it was too liberal, but ultimately the majority disagreed. It's definitely on the thinner side of source usage at times, and pushes the boundaries of our standards a bit, but fortunately lands just within them. I too would have liked more connectivity with the source in the middle bits, but I also feel like the general overall quirkiness has a spiritual - if not melodic - relationship with the game's music, which persists throughout. Props to po for a truly singular, well-constructed & memorable groove and again to joecam for soliciting some excellent Animal Crossing arrangements from the community!

WTF? This is so goofy. And so awesome, especially the vocals.

Oh, that hit me in all the right places and got a smirk out of me. Fun times are to be had with this ReMix. Seriously, if this doesn't bring at least a tiny grin to your face, you are stone cold. Nice and light-heartedly goofy, I love it. Right to my playlist you go, little ReMix.

My mind went from "what is this I don't even" to "OMG THIS IS AWESOME" in one second when I first listened to this remix. So much fun; it reminds me of the music in the Katamari Damashii games. 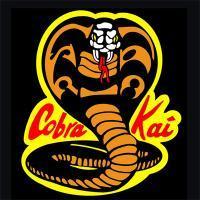 Someone seriously voted "no" on this because it had original content? Seriously? Wow.

This is a beautiful source done in a really creative and fun way- there is no way this song is ever leaving my playlist.

Please, sir, can I have some more?

I don't think I have much else to add besides this. The vocal clips are awesome, and this is just...I have to call it FRESH. What you got here is a FRESH mix, fresher than salad. Me likey.

I've had this sitting on my Ipod for a while, and I really do like it- even with all its quirkiness. I'm glad I'm not the only one who picked up on the Sagat reference.

I like this a lot. Puts my animal crossing WIP to shame.

Too bad about that project, I just think everyone got way too busy.

Sweet bassline, and the beat is really super.

So glad this made the site. One of the best tracks from my failed project. I thought the original was good, but this just makes it so much better.

It's in the write up

Thanks for clearing me up. I realize now that I had just skimmed the first paragraph.

Loved this track even though I never played the game! Where did the vocal sound byte of the samba explanation come from?

It's in the write up

Loved this track even though I never played the game! Where did the vocal sound byte of the samba explanation come from?

Please, sir, can I have some more?

I like the other version a little better. It's not that there's anything wrong with this version, and it DOES sound good sped up, but I feel that the feeling and mood was better expressed with the original. Oh well. I still thought this track was the best part of the aborted AC project. Good to see it in a place where more people will hear it.

I was a little confused about the artist on this one because I didn't know po had changed his handle, but once I started listening, it became very clear that it's the same old po I know (and LOVE)