PERHAPS YOU HAVE HEARD OF MINECRAFT...

...the not-exactly-obscure indie hit that's apparently generated over $50 million in revenue to date, serving as a poster child for the huge commercial success a game can achieve from (more or less) out of nowhere, if it manages to offer something unique & compelling. The Orichalcon gives us our first ReMix of Minecraft's equally unique, evolving soundtrack, composed by Daniel Rosenfeld, aka C418. And we're posting it today, while RIGHT NOW Minecon is going down in Las Vegas, and the game's evolution from beta to final is being celebrated... no doubt with copious amounts of alcohol, since I know Danny B, BGC, Josh Whelchel AND AnSo are ALL there [/jealous]. Lee writes:

"My remix is based more on the old version than the new version. The theme is still the same, but the remix is more true to the original. The name comes from episode 50 of Coe's Quest on Youtube, named "Squishy". The mix isn't too long, since the source wasn't too long and I got what I wanted done in the 2 and a half minutes. It's just a bouncy, bubbly, happy and energetic remix intended to lift your mood when you listen." 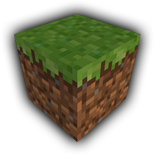 I'll be forthcoming and confess to not actually having played Minecraft - it'd be sorta crappy to pretend - but it's more because, as with WoW and other games, I've heard it's a hella-addicting timesuck, and running OCR chews up most of my disposable free time. Now that the iOS version is out, I'll probably mess around a tad, but I've seen enough YouTubes to appreciate the crazy-intricate stuff people have been doing with it. TO's mix is a chirpy, chipper bit of poptronica that's pleasant, enjoyable, and, well... squishy. Not in the sense that it is particularly soft, yielding, and damp, but more in the huggable/cute sense. OA writes:

"I really like the upbeat piano and synth treatment of this, and gives me a sortof Yuki Kajiura/Ziwtra feeling that is super great. Nice and upbeat, it takes the nostalgic sound of the original and makes it way peppy. The added drums work well, with a lot of sonic variety, and the synths are solid. The piano keeps the melody intact, while the rest of the song molds to a new shape. The piano sequencing is a little bit mechanical, especially compared to the super nuanced original, but it fits the style so well I can't really knock it. "

"Super clean and balanced production, you did an awesome job on that end of it, Lee. The arrangement isn't a reinvention or anything, but the new instruments tastefully complement the original piano. Though the piano notes were very even, it fit the measured electronic nature of the track and I'm not sure a more humanized approach would have added."

Short-but-sweet, this adds a sugary coating to the pensive nostalgia of the source, changing from contemplative to more of a celebratory vibe. I don't think Lee wasn't shooting for an epic, involved, super-confabulated arrangement, just a simple, humble track that pays bubbly, percolating homage to a landmark game with a beautiful soundtrack. Mission accomplished!

I agree with Daemos. I like this version better than anything in Minecraft. They should replace it with this for sure.

I'll be honest, I have NEVER like C418's music in minecraft, I have given it a chance, and I can hear the source, and this version, I LOVE.

I know there's a way to replace what's in the game with this. as it would be a PERFECT morning/First day of the game piece.

I can only repeat what many posters before me said: very cute and upbeat remix with a piano that's sometimes too high.

Personally, I also thought that the ending was a bit too abrupt.

This made me want to hug kittens.

Great vibe, I love how CLEAN this sounds. I love Minecraft music, and you did it no injustice by fusing it with electronic beats. You added a lot of structure to it, and while the source is not 100% recognizable, it's got that airy Minecraft vibe to it.

Very clean, very "cute", and very full. I still have a ways to go to be able to mix clean, clear electronica like this.

When I first saw this in the to-be-judged queue, fashionably early may I also add, I had no idea what prompted the idea to get a Minecraft mix in early unless it might've been a joke.

But hearing this back, it's anything *other* than a joke

It's a different way of mixing for TO as he took the source in a more upbeat fashion, and the original piano - although stripped down to melody and the occasional 2-part harmony - managed to face some good shuffling around to fit in a more lively atmosphere. The background synths to me sound really well manipulated with some tasteful modulation/slide action applied, and even the mastering had managed to take a gentle approach to fit the genre. What we have as a result is something that may be brief, but is also a very tasteful arrangement of C418's work.

Palpable might have brought up the synthetic nature of the piano, but likewise I'm practically with the thought that if any notes were made less even then it might've jarred the mix somewhat. What does make me think though is what could've happened if Bladiator was available to play a more elaborate piano part thanks to his bonding with him in the past, but to me that might've taken away the sheer simplicity and gentleness this mix has come through with.

Either way, what you did was made musical justice for Minecraft fans everywhere. And I'm absolutely sure that C418 would be proud of this one too, so way to go

I never played Minecraft, outside of a little of the original classic one just because it was free, but I realized that at its core it wasn't for me as I'm just not imaginative enough for that kind of game. Or I'd rather work in Blender if I wanted to build things with blocks lol...

Now onto the mix, it sounds great. Definitely a happy tune here. Reminds me of walking around on a bouncy planet in space just hopping around in low gravity. It also reminds me of Fancy Mel's place in Threads of Fate

*Snickers* That combined with this ReMix is great.

Definitely a feel good ReMix, with happiness and tinkership abound. The only problem I have are some of the production highs that can come across as harsh, but other than that, it's a nice little pick-me-up song.

The highs are pretty uncomfortable to my ears too. Unfortunately, as this is a charming track. Short and sweet.

Oh, come on, guys. Now I have diabetes. That's not even fair.

(Nice, well done, if a little-too-upbeat track. I'd certainly recommend it to those who like light-hearted stuff.

The production brings this down slightly (that piano is painful to my ears thanks to high frequency overkill) but thats the only major issue in generally a very short, but very sweet remix. I dig it.

Damn you OA, had the words stolen right out of my mouth (and then some).

The feel good track of the year! I love the upbeat and energetic take on a pretty nice theme, and the synths are great when paired with the piano and drums.

I only wish it was longer, but i'll definitely take it.