Once upon a time, way back in June of 2002 (we OLD), we posted the controversial, discombobulated, insane, and singular Super Mario Bros. 'Dirty Mix' by Binster, richBRF, and A Scholar & A Physician. It's held up well over the years and earned new fans due to its relative disregard for normalcy and structure. Fast forward to 2014 (still here!), and newcomer Blen (Bryan Lennox) offers up a Super Mario Land mix that - while certainly not identical in every way, shape, and form - is a spiritual successor of sorts to 'Dirty Mix,' insofar as it's rather... sporadic, let' say. The artist provided no comments, so we can only guess what was going through his mind (and whether it was legal), but suffice it to say that this arrangement of the main BGM from SML has bits of ska, chiptune, breakbeat, speed metal, hip-hop, and... Bruce Lee. Panel was split, but DarkeSword conveyed the majority vote with a nice comparison:

"Love the big drums. Really cool. Nice glitchy and syncopation stuff. It's like Jet Set Mario, spray-painting fire flowers on the side of Koopa's castle. Turbo drums might have been a bit much though. xD"

"Haters gonna hate. This is f@#$ing hilarious and I love it. I understand where the naysaying might come from but in the big picture I have a massive smile on my face and don't care."

I think that just about sums it up :) Anyone looking for poignant ruminations, compelling chord progressions, soulful performances, or even a fundamental grip on reality might be disappointed, but if you're looking for something different, spontaneous, energetic, and featuring Bruce Lee, and (I think) if you enjoyed 'Dirty Mix,' then a visit to hipster land will serve you well!

The only thing I could think when listening to this: WHAT THE FUCK

And I mean that in a positive way

not something I should listen when trying to relax, but man, this will get me in an big happy ADHD state anytime

This is exactly what I would have loved Dirty Mix to be. It took the same idea and refined it completely. I'm not knocking Dirty Mix, because I still like that ReMix, but as chaotic/jet set arrangements go, I'm more on board with this. And thank goodness you used a Bruce Lee clip that wasn't "Be like water".

Hahaha, totally insane, but still very fun and well-produced. I like it!

I absolutely adore the complete disregard for "normal" and "reasonable" with this. It completely shattered any expectations I had. Some of the most exciting and fun stuff I've heard! 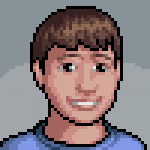 All too often when mixes try to change things up so dramatically, the end product ends up favoring originality over a mix you can casually listen to. This mix hit a near perfect balance. Jet Set Mario really is a perfect description. My only complaint would be the voice clip used to finish off the song. Aside from that, amazing mix!

And those hyper drums scared the sh!t out of me.