Great to see more arrangements from one of the lesser-mixed Metroid games, with Pyro Paper Planes (Christopher Foss) taking on M2 and stepping outside his previous solo piano approach with this atmospheric, relaxing, & chill electronic piece:

"One of these days, I'm going to submit a track that isn't from the Metroid series... but not today, as I present my arrangement of SR388 from Metroid II: Return of Samus. "The Unnamed Frontier" marks the fifth time I've arranged the SR388 music track. I always seem to come back to this track. It's one of the few upbeat tracks in the Metroid series, and its musical structure is very similar to the original "Brinstar" track from Metroid. To me, it's one of the most underrated tracks from the series. I'm surprised no one from the OverClocked ReMix community has arranged this track yet.

My goal for "The Unnamed Frontier" was to create a very electro-chill piece, where the beat would build up over time to form a catchy groove. I wanted the listener to feel like they could relax, and come to the realization that they accomplished their goals from completing an epic journey. While the length of the source tune wasn't particularly long, its melodic structure was very engaging and easy to work with. I also open with a small tribute to "The Baby Metroid," a wonderful and small anthem played towards the end of the game.

Throughout most of the piece, I used a simple Yamaha Piano virtual instrument from Logic Studio (along with a few delay and reverb plug-ins). It was somewhat simple design, but I really like how it turned out. The synthesizers were all somewhat experimental, especially the delay effects. For the second half of the piece, the decision to modulate the key signature to a minor key was somewhat of a eureka moment, as it really helped the flow of the track (giving it a bit of much-needed variety). I also became a little more liberal with the melodic line. The final touch to the piece was the contribution of Viking Guitar's solo, which gave the track that great climax that it needed. This piece also marks one of the few times were I used nothing but Logic Studio's assets (excluding a few minor choral pads).

I was mainly inspired by two things. Firstly, I've always enjoyed the relaxing electro music that's often played in lounges. It might seem like an odd thing to take inspiration in, but it's the little musical touches in my day-to-day activities that makes things enjoyable in life. Secondly, I was heavily inspired by Boards of Canada's "Dayvan Cowboy." It has such a fantastic build up, it's a track that simply inspires me to do things. This piece is a first for several things. It's the first original arrangement I've finished that isn't a piano solo. It also marks the first time I've collaborated with someone. Like the planet SR388, this track marks new ground for me... an unnamed frontier."

While piano is still prominently featured and I'd still probably qualify this as a piano-driven arrangement, there's plenty of embellishment, and the Boards of Canada influence is apparent, with dreamlike pads that hover in suspended animation and a cool, wide space for components to resonate in. The modulation to minor was absolutely key (pun intended), in my opinion - the risk with pieces like this is that SOMETIMES they can get a little TOO chill, where relaxation segues into soporific predictability. That can certainly work, too - if that's what you're going for - but I like a curve-ball or two even when I'm zoning a bit. OA writes:

"The soundscape was really nice, and an excellent job was made of turning the tinny-sounding source into something lush and dreamlike. The variation of sections was great, and the dynamics were solid. I love really well done arrangements of Game Boy or NES sources, since there is so much ex

Indeed; another fine arrangement from Harmony of a Hunter: 101% Run & a big step for PPP in terms of branching out as an artist!

This piece is awesome. It's sorta 3 in 1: super chillin', groovy and badass. Seriously, the cold piano licks combined with solid drum groove and Erik's spot-on solo (which is my favorite moment) create a very neat arrangement. Love it

Finally someone posting something from the SR388 Tunnel Theme. Very nice.

After I had downloaded the 101% Run album and was drawn to this track. This is such a beautiful track. The piano sections are really down well and enjoy the overall chill nature of this piece. The guitar work towards the end by Guitar of the Vikings blends in really well. Awesome work here.

If you had a hard days work, pop this song on your radio and relax for a moment. It will melt that stress away.

I'm happy that Metroid II is getting some love. I agree that this theme is underrated (along with the game itself IMO), though it's probably partially because the game is pretty musically sparse (not to mention squished practically to non-existence between two behemoth titles).

Wasn't sure about what to expect from the guitar solo, considering the more relaxed nature of the remix, but it turned out to be quite tasteful (I should never have doubted

Ah, the atmosphere! Really is relaxing and chill, reminds me of something out of a puzzle game or the like. Wonderful guitar work from Viking Guitar (obviously), and the rest of the ReMix, especially the piano, sounded sweet. Cool stuff.

Glad to see more tracks from 101% run, especially one of my favorites. This one caught me by surprise, all the little touches are superb.

I like this remix, this is a solid entry from a very nice compilation. 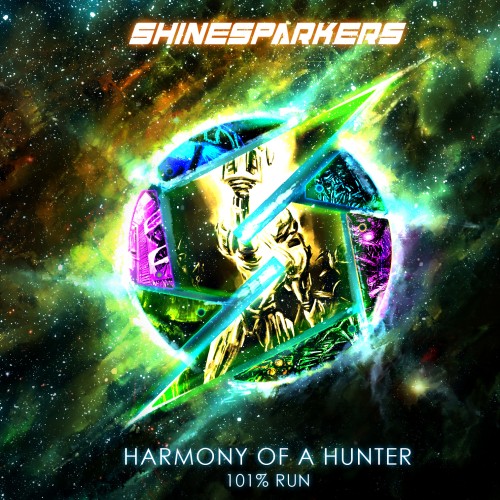