If everything goes well, this should be a FANTASTIC year for OCR, and we're kicking things off with a fantastic mix, as WillRock (William Harby) quacks up an invigorating, no-holds-barred guitar & synth rock arrangement of "The Moon" from DuckTales!!

"What's up, guys! It's been a while since I've put something in the queue... After all the Mega Mans and stuff, I wanted to make something popular! Don't hate me. So, I went after the Moon theme, and I turned it into self-indulgent but fun chiptune-synth-buttrock. Naming this thing was difficult... Luckily, when I typed "Apollo" into Google looking for Apollo 13 (I was getting desperate for name suggestions), Google's first suggestion is "Apollo Duck." Apparently, they sell boats. Woo!"

ButtRock!! I could see myself mistaking this for a Sixto Sounds mix, which is high praise - crisp, clean, great energy, tons of momentum, effective & impressive soloing, and just a fun AND polished way to kick off a whole new year of mixes! Larry Oji with the superlatives:

"Wow, we have some great "Moon" mixes on OCR already, but this is my new personal favorite. The soundscape's a little muddy for me, but the way this is produced, it only enhances to the energy of this and allows Will to go VERY big with the sound.

Will with an amped-up, Disney afternoon punch in the face. This. Is. Awesome."

"This track is a match made in Duck Heaven!!! Everything about Will's signature 80's synth-rock sound gels just perfectly with this iconic source, and I'm honestly surprised it's taken him this long to remix this. It feels so natural - this entire arrangement is so triumphant and powerful."

Bottom line? Run, don't waddle, & start prepping your vault for an epic money bath, because WR brought his A game and delivered a straightforward but impeccably constructed & thoroughly energized ReMix of a classic source! 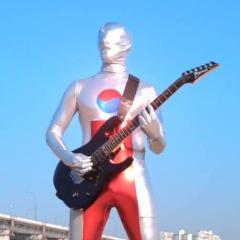 I have exactly one nitpick, and that's the guitar in the first has the same fall-off noise after every long note. It doesn't show up again later in the mix.

Other than that, this thing is damn near perfection.

Sweet mother of god, I really think this might be both my favorite rendition of "The Moon" and ReMix from Willrock I have heard thus far. Pure electric rock screaming of 80's that should give anyone with a pulse a thrill. Just the wailing of the guitars alone made this great, but you really pulled this together for that epic sound of achievement ad victory. So damn good, worth several extremely replayable listens.

WOW DUDE.... What Mustin said!
Willrock, you did and INCREDIBLE job!!! I just listened to this 3 times in a row and I loved the editing and way you capitalized on the 80's synth/rock feel... it had an almost "Top Gun" vibe and I am looking forward to the rest of 2016's remixes after this one. 10/10 well done!

I just went through getting locked out and a password reset with total determination to comment on this.

This is far and away the best work I've heard from you! This style really compliments the melody well, and your chord substitutions near the end are incredibly tasteful. Fantastic work!

The arp in the original is different during the intro from the rest of the song (mainly because it begins with another crazy time sig - haven't checked but someone said 15/16..? - before changing to good ol' 4/4 when the drums enter). Eighth note goes up instead of down (and the following notes get offset too). Sounds like the arp in this remix takes from the intro variant throughout the entire song which makes it sound "ahead" if you're used to hearing the high note as the ninth one right on the bass drum hit (where in the remix the high note is the eight one and so arrives one note earlier than the kick).

I never even noticed it! Unintentional on my part, I've done it before but I guess the moon theme is too popular for it to go unnoticed. That said, I guess this ends a long standing debate. Its offical. VARIATION IS ANNOYING, OCR is clearly wrong in asking for it and the standards should absolutely be changed effective immediately to not include any variation whatsoever for the good of not being annoying to people 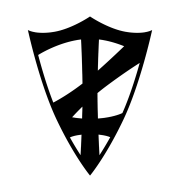 The arp in the original is different during the intro from the rest of the song (mainly because it begins with another crazy time sig - haven't checked but someone said 15/16..? - before changing to good ol' 4/4 when the drums enter). Eighth note goes up instead of down (and the following notes get offset too). Sounds like the arp in this remix takes from the intro variant throughout the entire song which makes it sound "ahead" if you're used to hearing the high note as the ninth one right on the bass drum hit (where in the remix the high note is the eight one and so arrives one note earlier than the kick).

Guessing that's what people are hearing and reacting to, nothing "wrong" since it's a remix though

Maybe there's a more gentle attack on one of the other instruments that's making it sound slightly off? Otherwise, my ear isn't very well trained, so it might be some auditory illusion that's tricking me. Using cheapo headphones myself.

Super enjoyed this. A lot of fun and a hydrogen bomb of positivity. Great stuff!

Perhaps those hearing an off-beat arp are listening through some sort of near-field setup that doesn't cover the whole frequency spectrum (or cover it well)? Headphones, studio monitors, and hifi system all sound on-point. Computer monitor speakers, sound can appear to be off-beat. Just my experience.

I have just listened to this awesome song again. The arp is sequenced just fine. It is a complex arp and Will has added delay, perhaps this is why some people are being thrown off? I don't quite get it but I suspect at this point some groupthink is occurring. Honestly I'm pretty particular and I hear nothing wrong with the timing of that arp, it is complex and interesting to my ear.

But... is it just me, or is the backing arp just a fraction of a second ahead of the beat? There's something about it that's just a little jarring.

Glad you guys are enjoying it! Regarding the arp, its sequenced to the beat exactly, its not out of time at all. Its got a very small amount of delay on it but that wouldn't put it ahead of the beat. Don't know what you're hearing guys, sorry

I find this remix really nice, but as some people have said about the later arppeggio, I also hear its somewhat off. But overall, really nice remix.

ive only have two words for this song........AWESOME....SAUCE....SONG ok that was three but who cares, the build up is just purely epic and then when you get to the main theme you leave us drooling and wanting MORE. you sir have done a fantastic service to a beloved song and for that you have my salute!

The intro is awesome ! This is some great Willrock stuff.

This is the Willrockiest Willrock mix I've ever heard, and I love every second of it. I went in expecting epic awesome uplifting poptronica + guitars, and holy balls did this track deliver on all of my hopes and then some.

(And I'm not hearing any issue with the arp)