Newcomer John Stacy & his eponymous JohnStacy Orchestra take us on a tour of Zebes by way of a downtown Havana jazz club, where you can almost smell the cigar smoke being pushed away by a powerful brass section and a dynamic, creative, & very immediate arrangement:

"The JohnStacy Orchestra is a studio big band dedicated to recording big band arrangements of video game music. This is a multitrack recording of the title themes from Metroid 1 and 2, inspired by Stan Kenton and his Cuban Fire! album. I was preparing to arrange an album, and had the idea to do the title theme from Metroid as an Afro-Cuban groove, and the quasi-swing section in the middle just seemed to fit that section of the music. The title theme from Metroid 2, or at least a fragment of it, made a good concluding theme, using a duple feel against the triple feel. The track is one of several tracks on the multitrack album, all arrangements of classic video game tunes in various jazz styles."

The piece is nicely bookended by a lonely, distant piano incarnation of the Metroid title theme, but the meat of the piece is defined by an expansive brass section that harmonizes superbly & a recording aesthetic that drips with authenticity. There are many ways to "do" jazz, and this is an approach that we haven't really seen before & which works quite well with the source. NutS chimes in:

"Excellent jazz remix of this song... Arrangement wise this was pretty great, a lot was done with the source, and in some places it feels like it's on the brink of going too far off (like around 2:50) but you guys know when to reel it in back to the source again. The last section at around 3:50 with the double-timing of the source really caught me off-guard, but I felt it works and flowed into it very well. This is an easy pass for me, nice work guys."

When the full section is playing, it's a thing of beauty, and you can make out each instrument while still appreciating the warm resonance of the aggregate sound. I also like some of the less intuitive arrangement decisions, making this feel more narrative & spontaneous than perhaps a traditional jazz treatment would. The transition from ensemble into extended solo section and back again gives things a nice arc, the Latin elements of the rhythm section make it more interesting & essential (though I'd have loved a volume bump & a bit more clarity), and the overall presentation and execution really deliver on the potential of the concept. Great debut from the JSO, making a strong statement & capitalizing on the power of an extended brass arsenal to deliver a memorable jazz exploration of some classic Metroid themes!

It was called "Slightly Overcooked Freezer Pizza." I will use this comment to explain that album and why only one track of it exists.

Thanks for the feedback! You'll have understood that my issue was "looking for that album fruitlessly".

I'l give the concert a listen; I quite liked this remix, and am looking for more in a similar style.

I have a huge issue with this posting.

What album is this!?

It was called "Slightly Overcooked Freezer Pizza." I will use this comment to explain that album and why only one track of it exists.
The album was intended to have a release on loudr. This was before I was active at OCR, and decided to submit the most complete track. I did all arrangements, and the performers listed above were going to record everything. In the second half I also did some recording on euphonium. This is the only track from that album and recording cycle that will see the light of day. It was split into 2 acts, divided down the middle to leave a logical place for an intermission. That was for the concert that would happen, more on that shortly. The album wouldn't have passed OCR for multiple reasons.
For one, the arrangements were overall very conservative. Some could argue that they were midi rips. A few of them, like this one were more sophisticated arrangements, which is why I chose this one to submit. The first track of each act was not video game music. The first one was an arrangement of Strauss's Also Sprach Zarathustra, and the second one was the theme from the Pokemon anime. Production value was shaky in a few spots. I was learning how to record instruments and how to mix them at the same time and learning by experimentation. There are some things I can't fix purely because I can't record again. Some of the tracks are also too long. The finale was 14 minutes long, and it included 4 tunes, as a medley.
The album was a failure for several reasons. For one, I had very limited resources to work with. I had to work around people's schedules and eventually I wasn't able to get the same people back to record. Sessions were divided by acts. One day I would record 2nd saxophone player on Act 1, doing 3 saxes, and then come back another session to get Act 2 recorded. Act 1 was finished recording, and was in the mastering stage. This remix comes from that, and is the most complete sounding.
I will post a link to a soundcloud playlist that contains the recording of the concert performed at West Texas AM University. The arrangements are somewhat different in the live version, mainly with an absence of doubling instruments. Saxophones play only saxophone, whereas in the album they doubled on flute, clarinet, and bass clarinet extensively. Trombones no longer double on euphonium, and the horns no longer double on mellophonium.
The concert was a success, with a large audience, and was very well received by those who went to it. The album will remain unfinished. I'm keeping the arrangements and will revisit them at a point in the future when I have better opportunities to record and make a much more presentable project.
Here is the link to the concert

I have a huge issue with this posting.

The track is one of several tracks on the multitrack album, all arrangements of classic video game tunes in various jazz styles.

What album is this!?

You are a very silly person and I think I like you.

It sounds classy to the point all I could really think of was Samus walking through town at night and then heading over to the bar to get a drink. This rendition is certainly unique, because when I think Metroid, I think chiptune, rock, or some style of electronic dance music. 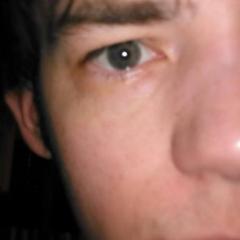 I feel the woodwinds could have been a bit more on key and in tune. It often felt like they were off during their solos. However the brass and percussion killed it. It certainly made up for the inadequacies of the saxophone parts.

More of this please. Much more.