Outset Initiative (Zeke Fenelon) follows up his 2016 Wind Waker debut with a chill, mostly-acoustic folk/rock/ambient arrangement of the menu theme from SSBM:

Neat! Given the over-the-top nature of the SSB series, I think most mixes tend to go for the gusto and be relatively energetic/exagerrated themselves, but Zeke takes a step back and offers up a mellow rock/folk take, with ambient touches, leaning heavily on acoustic guitar & piano but throwing in some saxophone, flute, and FX too. MindWanderer writes:

"Lovely instrumentation, not at all what I was expecting (especially since the title had prompted me to think of Sbeast's remix).

This is a very liberal interpretation. Much of the first half uses the source's chord structure, but uses the actual notes for just a few notes at a time. Other than the strings at the end (which have some odd static to them), the instruments are executed well enough to fool a casual listener, and the production is clean. The arrangement is peaceful without getting boring, with frequent changes in instrumentation and energy. Fantastic work!"

"I think the source connection felt tenuous for only the first minute of the song, after that it was pretty easy for me to make the connection to what was being performed vs the source. In any case, this is a pretty lovely arrangement which is well performed, and with plenty of interpretation to go around. The adaptation works very well too, and I can easily picture this as an alternate option for the real choose your character theme. The ambiance feels pretty rich, without being too busy or lacking clarity."

It's good stuff; understated, but fluid in its progression & diverse/unique in its instrumentation... especially cool to see sax being paired with an "ambient folk" aesthetic; works well and feels fresh. Great sophomore ReMix from Outset Initiative!

This is one of those tracks you could sneak into a "best of" playlist of regular instrumental music and people wouldn't bat an eye. It's amazing how well this track has been adjusted to make it sound like a soothing track rather than one to get you pumped up to pummel the crap out of your friends. The woodwinds and that sexy piano make this unbelievably classy. The last 10 seconds are great too -- no lame fadeout here!

It has a very comfortable build up. All the instrument samples and the volume control was really good. Nice track. 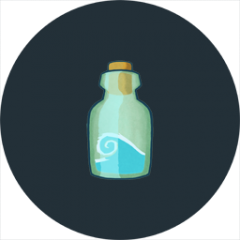 This is going on my chill playlists.

Some cool, interesting sound design stuff going on around 1:30. What even is that?

Thanks so much Rozo, that means a lot coming from you! Those are actually some mechanical warehouse samples I was messing around with - don't tell anyone.

I've been experimenting with adding more sound design-y stuff into my mixes when I can, it really has the potential to put an interesting spin on things.

This is going on my chill playlists.

Some cool, interesting sound design stuff going on around 1:30. What even is that?