TLDR VERSION: Undertale has a great soundtrack, The Lesser Dogs is a great album by LongBoxofChocolate arranging that soundtrack (available on OverClocked Records!), and this ReMix is a brilliant, dark, & creative arrangement of "Waterfall" featuring some talented collaborators!

The band was recently featured with a guest arrangement track for A Hat in Time's new B-Side soundtrack release, so be sure to check that out along with LBC's new music video! Trevor "Manny" Burch of LongBoxofChocolate (Trevor Burch, Daniel Perry, Aaron Schmitt, Nick Bello) writes:

"Never trust a flower... that's one of the constants of this world."

This is a dark and brooding post-rock/prog-metal cover of Undertale's "Waterfall" -- and is easily our most experimental work. Live cello, ambience, voice acting, no saxophones (blasphemy!)... there are lots of elements here we have never attempted before. While it is certainly dramatic, I think we managed to dial in just the right amount of cheese to keep it from being painfully serious. Something to note is that all the spoken dialogue is taken directly from the game. The aptly-named "echo flowers" repeat the last thing said within earshot forever, until it fades into white noise. We actually leveraged this idea as an opportunity to interpret some of the game's backstory, which has some interesting implications. ;)

Of course, this would not have been possible without our collaborators: Patrick; Tyler, an independent post-rock guitarist who is largely responsible for the original concept; and Mary, a fabulous Atlanta-based cellist who filled a literal void in the song with her performance. We hope you enjoy it. Cheers!

P.S. I have a newfound envy of professional voice actors -- cackling wildly into a microphone is hella fun."

Visionary stuff; LBoC sans sax takes a bit of getting used to, and the tone is darker & edgier than much of their other work, but the creativity and willingness to experiment shines through. Liontamer opines:

"...quite the expansive and interpretive approach to the arrangement; "Waterfall" was already a gloomy, contemplative theme, but I felt like there was a different kind of darkness and angst here. Fun stuff, guys, and great job having Tyler and Mary combine their talents with LBoC"

While echoing some judge comments regarding slight crowding/muffling on the production at certain points, Sir_NutS otherwise concurs:

"I really liked this. Pretty unconventional structure and approach which works because well, what's not unconventional about Undertale? ...The mixdown feels a bit unpolished overall, but it's not something I feel deserves a rejection, as the arrangement more than makes up for it and I don't think these issues are deal-breaker. Undertale may be starting to become one of the most remixed games around here, but there's clearly no lack of original ideas out there and this mix is proof of that."

On headphones, there were only fleeting moments where I picked up on what the judges cited; this is an engrossing, enveloping concept mix that really pulls you in, and I applaud the band for taking some risks with this one, all of which I think paid off. As Mike writes, Undertale has seen plenty of arrangements, but The Lesser Dogs stands as a unique & enduring gem that brings its own distinct character to a distinct & characterful soundtrack!

My god it's like a symphonic metal remix!!! Wow!! The scope is near-grandiose and the delivery is perfect, with serious props going to the arrangement - it's unique, deeply moving, and just takes you for a dark journey. Wow.

This stands out for me as a truly next-level piece.

Damn i like this dark song! it really hits the spot right now.if you did a hopes a dreams song of this that would be killer!

This is definitely what I was in the mood for today.

I only had one thought about this I wanted to express right now:

I love the inclusions of the in-game text and conversations you overhear from the Echo Flowers. At first, I found myself wishing those lines were a little bit louder, because you can't totally make out everything they are saying. (For instance, I only knew that the conversation about two monsters' wish to climb Mt. Ebott is in there because I caught a few key phrases, and I remember that part especially well from the game.) But as I kept listening, I realized how fitting it is that those are in the background, and hard to hear. With those voices behind the music, it creates the impression that you are hearing nothing but echoes, or the whispering voices of ghosts. So, the quiet voices truly do give this song a spectral feeling.

And putting this in a metal arrangement is probably the best expression of "mire" I can think of. "Spectral Mire." Ingenious!

OK, that's all from me. I'm going to go download this now. Hasta luego. 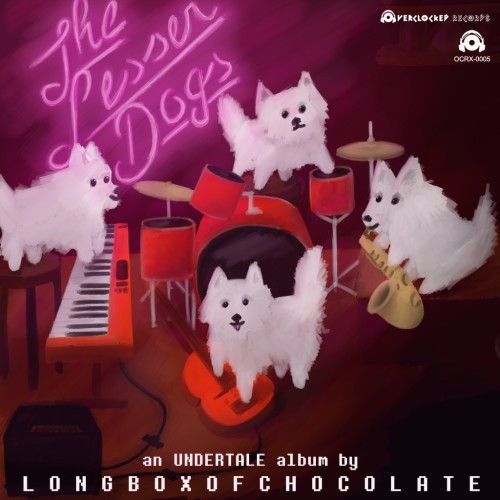