HomeReMixesFinal Fantasy VII "The Rules of the Road"
|

ReMix:Final Fantasy VII "The Rules of the Road" 2:20

THIS IS IT FOLKS: The a capella FF7 "Crazy Motorcycle" + CrazyBus mashup you've been clamoring for your *whole* life!!?!

All one of you! Joe "Fox McCloud" Zieja fulfills one of the backer requests from our Balance and Ruin kickstarter from days of yore in S-T-Y-L-E, taking on the unenviable task of arranging TWO "crazy" sources using only his formidable mouth and considerable wits. Or is it the other way around? It matters not, as Larry Oji liontames some additional context for us:

And, because it's an occassion for even MORE seconds, this too is only OCR's second pure a capella track following Square Law & crew's soulful spin on Bastion.

It's also our FIRST OC ReMix involving anything from the legendary, lifelike Venezuelan bus-driving simulation CrazyBus, a game with a low-key (but strong) reputation for uniqueness in the canon of VGM."

This mix wouldn't exist without the backing of Christopher Coxe as part of our Final Fantasy VI: Balance and Ruin Kickstarter campaign, so here to share his words of inspiration and appreciation is XPRTNovice himself:

I hate everything you stand for."

The emotions - they are real, and they are raw. It's been a good long while since our kickstarter, but this backer reward has aged like a fine wine, developing entirely new aromas and... mouthfeel. Chimpazilla provides a helpful breakdown, for those now feeling disoriented and questioning their place in the universe:

Yep it's mostly all source other than the intro and the spoken stuff before Crazy Bus."

She did the analysis, so YOU don't have to ;) DragonAvenger helped coordinate the request fulfillment, and gave this her coveted and seldom-granted "CRAZY YES":

"So for the FF6 Kickstarter a number of people were able to get a remix request. One person requested an Crazy Motorcycle and Crazy Bus in an acapella style. Mr. Zieja was game enough to take on such a challenge, and the result is amazing. I was laughing out loud at the end when I first heard this.

See? Just like I said. Joe is one of the few people on this lovely planet of ours who possesses the requisite macho gusto, vocal prowess, musicality, and appreciation for absurdity to pull off such an ill-concieved - nay, crazy - musical abomination and turn lemons into lemonade, or at least less sour lemons. If you're feeling down, nihilistic, or questioning the general purpose of the trajectory of sapient life, this is 2'19" well spent. Enjoy your crazy, enjoy your weekend, and enjoy this mix. 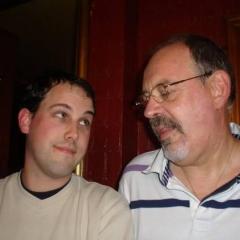 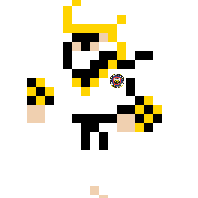 It's been a while since I laughed this hard. This is an absolute delight, well done!

Holy COW this is great! Amazing work on this crazy request! I respect the real effort you put on this so much!! Downloaded and added to my iTunes ;) Can’t wait to blast this in my car at a red light this summer lol :P

Honestly this may be one of the greatest efforts I've ever seen. To take this in such a fun, bonkers direction... What an incredible accomplishment. Mad, mad (emphasis on mad) props.

Literally can't get over how good this ended up being.

Never in my life would I expect to hear a vocal rendition of the Crazy Bus music. I am forever enlightened.

Seriously, though, this is so fun to listen to.

Lmaaaaaaaooooo, wtf? Love you Mr Zieja, you're just crazy! Insane! I laugh so hard whenever Ilisten to this. Thanks. Just thanks

If I were in
a motorcycle chase
It would probably sound like this...