Shining Force!! It's been twelve long years since our last featured mix from the series, and this retro chiptune jam from Eino Keskitalo is actually our FIRST mix of Shining Force II, which is odd since it was probably the most popular of the series. The artist writes:

"This one was featured in the 2014 Shining Force II 20th Anniversary Mix Drive, where a bunch of arrangers made some SFII tracks for Rexy to play on her SEGA Mixer Drive show on RadioSEGA, near the date of the 20th anniversary of the game's NA release.

I do believe Shining Force II is one of my favourite games and soundtracks. It's a light tactical JCRPG full of colourful characters and locales, with pretty well-streamlined gameplay. Not super challenging, but lots of fun! Thanks to Teemu for borrowing me his Mega Drive and games back in the day, I still recall the playthrough fondly. Motoaki Takenouchi's prog-tinted soundtrack has many sides. It can be eerie, rousing, or peppy, anything that the gameplay and story call for. So many great tracks on the soundtrack (and the recurring motifs are fun to spot throughout). I find it's also one of the best-sounding scores on the Mega Drive.

The source is the overworld theme, and also one of the battle themes. It's kind of the main theme of the game. It seems to be called "Wandering Warriors," but I don't know how official that is. It has great melodic content, but also some tasty compositional complexity. I've given it a sort of deconstructive treatment, chopping the source to bits and building something else from the remains. The source is there pretty much the whole time, but it's been appropriated for the style & key so much, it might not be obvious (but, hopefully, it's still legit for OCR). So the breakdown will point out what comes from where:

The style is some sort of techno made with mostly Commodore 64 samples. Done in Renoise, as always. I didn't have a plan, exactly, to make an arrangement with such a concept. These were just the samples that fell into place and seemed to work together, resulting in a fairly dry and harsh soundscape. I didn't even have to massage and polish the mix quite as much as is usual for me. That said, timaeus222 and Argle had some very good feedback in the Workshop to reduce crowdedness in the mix and arrangement, and do some other tweaks. Also thanks to Pleiade, Pirjo, and Sir J for encouraging and useful feedback.

This was also a bonus track for PRC round 277. (PRC! PRC!) I won the previous round and got to pick the source; I chose "Wandering Warriors" to rally up some interest for the Drive, and I thought it'd be appropriate to do a bonus track. It's strangely rare that I arrange (and especially finish arranging) tracks from games I actually love, so I'm pretty happy how this came out!"

The title & instrumentation remind me of Mazedude's classic "See Sixty Funk" EarthBound mix from days of yore; good times. Eino always has a creative approach & distinct concept for each mix, including both arrangement and production - never the same thing twice, and always a surprise, which I dig. Hearing classic Genesis/Mega Drive tunage done up in C64 attire is sweet enough, but the arrangement is also a creative resplicing/contextualization of the source that suits the aesthetic well. Synergy! Gario writes:

"Nice use of them chips! Very clean and crisp, and you manage to fill the space sufficiently. As far as the arrangement goes, you seem to focus on some of the more textural elements, and you harmonize the track in a very different manner from the source. It all works nice together, though."

"Good intro build up, nice chips. I enjoy the progression of the arrangement. I agree with Mike that a break somewhere in the track would be nice, although I felt the more minimal parts where just a synth, kick and bass play at least partially substituted for a full breather/change of pace."

Some felt a more explicit letup/break would have been nice, and some thought the drums could have used a bit more oomph & punch, but all were otherwise feeling the force. Cool, creative take from EK, and a welcome return of the Shining franchise to OCR!

You should have called this "Sixty fourth techno"

Or... wait, is this title a pun already?

Man, I didn't know the source but I am digging the hardcore chip rework of this song! Every time I think I know where this is going it changes up on me. Man, was this fun. Really enjoyed this remix!! 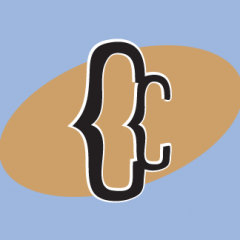 I was watching The Completionist one night and saw him mention OCRemix so I came to check it out. Since we had just finished up our Let's Play of Shining Force II on our channel, I figured I'd see what dank remixes from that game were on here but was dismayed to find that there were none! I tweeted my displeasure but then today, OCRemix sent a tweet back with this remix! And it is GLORIOUS! I really like it.