HomeReMixesMario & Luigi: Bowser's Inside Story "All That Remains"
|

ReMix:Mario & Luigi: Bowser's Inside Story "All That Remains" 4:28

Time for a most excellent arrangement from ReMixer & game composer Zack Parrish, who collaborated with violinist extraordinaire Jeff Ball on this epic hybrid cinematic & symphonic & metal take of "The Grand Finale," for our first featured ReMix from Bowser's Inside Story:

"Track was originally produced for the album Harmony of Heroes: Final Smash feat. Jeff Ball. Prior to working on this track, I had never heard of the game or listened to the music, but I really enjoyed this theme."

This definitely puts the "Grand" in "Grand Finale" - in just under four and a half minutes, Zack packs in a ton of suspense & energy, from the dramatic crescendo intro to the soaring heights of Jeff's solo work to the brief segue at 2'13" into a flamenco/Latin ballad of sorts (trumpet!), there's a TON going on, including a sweet little chiptune fill @ 2'58" - good stuff. The electric guitar chugs feel a little synthetic; this could be an intentional aesthetic choice, as fakey-chugs have their own vibe, but I was thinking some Shreddage might have upped the ante. That's really the only nit I can pick, as this is an extremely ambitious arrangement that covers a lot of ground, incorporates (stunning as always) live violin from JB, melds bits & pieces from numerous genres together, and keeps energy levels high throughout. Gario writes:

"Bowser's Inside Story has one of the best final boss tracks out there, and it shocks me as much as anyone else. Great game, glad to see a really good arrangement of it finally. There's some really cool stuff in this one - those solo instruments are sequenced quite well, and everything is sounding crisp in the production department. The arrangement has some really great expansions on the source material, to boot - that slower middle section has some absolutely great reharmonization that adds so much damn flavor."

"The sudden chiptune section is an excellent surprise, and the chiptune elements mix in a very cool way with the orchestral soundscape when they play together. Overall a unique and creative take on this source!"

I think the difficulty factor for a mix incorporating such varied instrumentation is pretty high; it's a testament to Zack's abilities that he pulls it off convincingly, resulting in an invigorating roller coaster ride of timbres, textures, & momentum. Superb work! 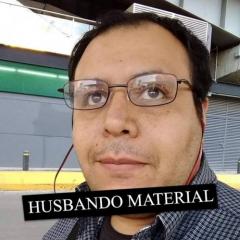 *Holds up a lighter* It does the battle with Dark Bowser real justice. And then some.