It's been almost SEVENTEEN YEARS since we last featured a ReMix from the Diablo series, the third incarnation of which I'm looking forward to replaying on Switch. Here to end the drought is Platonist (Jonas Loman) with a dark, low-key EDM/cinematic piece that undulates with suspense and which employs equal parts watery chromatic percussion & chiptune leads:

Alright, here we go. I've been looking at this source for a while now, wanting to do something with it. I've been a massive Diablo fan since 199X, so why not continue my journey into slow EDM with another, even slower entry with this arrangement of "Docks", a track that's in the original game but wasn't included in the soundtrack until the expansion release due to the time constraints of the CD format. (So don't be fooled by this; it's from the original Diablo II).

The chromatic percussion (especially the marimba) didn't work well with the soundscape I was creating, so I ended up exchanging it for something brighter and more Plato-esque(?), using the same sample for all percs. Working with Schism Tracker has its drawbacks. #NoEQ

Wow, that was a long write-up. Enjoy!"

I enjoyed the sparse initial stage that's gradually populated with more characters, especially the later introduction of chip parts with chip-style writing; Gario nails it on the head:

"Holy moley, is this a full blown Diablo II remix? Jeez, I've played that game more than I care to admit, and I have to say while the music in it is great and fitting, it ain't easy to arrange the non-Tristram music considering it's much more ambient than not. Full kudos for giving this some love, here.

As far as the arrangement goes, I'll say that the source does seem to check out. I do appreciate the subtractive arranging that's going on with some of the themes in order to get some mileage out of them without getting too stale (like how the source is handled at 0:38, for example). You don't have much to work with, and you do a great job stretching those motifs. The introduction of instruments gradually throughout the track also helps breathe new life into the arrangement just before it gets too stale."

At first I thought this might be too simple/minimalist, but as Greg writes, Jonas does a good job keeping things moving & shifting in some extra colors to paint with to keep the momentum. Some of the trickery on the chip lead is inspired, and I also dig the unorthodox processing of the bell/ep style timbre which precedes it. Larry sums it up nicely:

"Very cool transformation from a cinematic and jungle-y source tune into an low-key electronic version with a dark feel to it. Nice work!"

I think the Diablo series' music is a bit harder than average to ReMix, with a few exceptions, which might explain the lengthy hiatus from our homepage... but where there's a will, there's a way. Platonist gives us something a bit longer & more substantive than his recent mixes, and digs into a D2 deep cut in an unexpected, creative, & enjoyable way!

I would hope so, Matt is better than me at everything. Thanks for giving it a chance, at least. 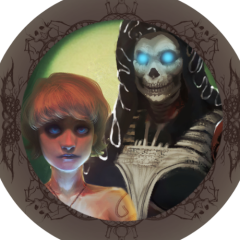 D2 and BoF2 getting love in the same month!!?? I love this! Thanks guys!

This version sounded pared down, simplistic and unengaging.