It's worth pointing out that Rebecca E. Tripp had *twelve* ReMixes featured on OCR in 2018; "impressive" kind of undersells that, especially given the consistently hypnotizing, engaging musical worlds she built with each of those pieces. We resume highlighting her work this year with a dreamlike new-age/swing arrangement of Sonic CD (JP) that reminds me of some of the surreal soft jazz that Angelo Badalamenti put together for Twin Peaks. Judges were positive but noticed some issues; Larry "Liontamer" Oji writes:

"By the halfway mark, I was wanting to hear this go in a more different direction with the instrumentation and textures, and that finally came around the 2:30 mark with the next iteration of the chorus. The timing of the bassline felt behind there as well, but no big deal. I'm with MW that this was a conservative take but well-personalized with the instrumentation. Rebecca brings it yet again. Good energy here!"

Chimpazilla was a bit more specific on the bass timing:

"Starting at 0:30, the bass has swing and the drums don't (later on, bass and drums both have swing, which feels better). Other than that, the rest is dreamy and luscious."

There's a mesmerizing, floaty feel to this which is almost unsettling, hence my Twin Peaks comparison, but the timing of the bass did get in the way a bit, for me. I actually feel like the judges went light with their criticism of this component, because at different points the clash between swung & unswung elements (and perhaps some quantization misfires) ended up being more discernible, and feeling out of place. I suppose one could use this type of timing as musical metaphor, but in this particular context, it felt unintentional and kind of disrupted the otherwise Zen flow & exploratory, subconscious vibe. 2'51-2'54" would be one example where focused listening on the bassline might raise eyebrows; also wondering at what sounds like a fretless but works more like an upright/acoustic, in terms of sound choice. That being said, I love that Rebecca is experimenting more with swing & with a comparatively complex lead melody & corresponding progression; the concept here is solid and the execution succeeds in creating the requisite atmosphere, so you'll be floating away on what is indeed a very dreamy current, either way!

This one has a fantastic mood, and I thought the style is very refreshing for a Sonic rearrangement. These points are really strong in my book. Regarding the drums/bass rhythm difference mentioned, the rhythms of the track _are_ messy, quite a bit to my ears. The song doesn't quite latch onto a gear. I do appreciate listening to it for its strengths still! 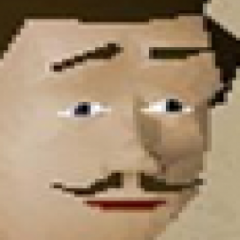 Definitely agree with @SubNormal J3 about the bass. I may be biased, being an absolute Sonic CD lover, but enjoyed this remix a lot!

I really like the pitch bend/portamento circa 1:05 and the flute resolution at 1:30. Very interesting and beautiful. I would really love to hear more the bass instrument in the mix. It sounds like there is some really neat syncopation and walking bass going on there, but it gets lost in the mix. Fade-out ending works well here. Thanks for sharing.