"So, a couple years ago I released my first (and so far, only) remix album through OC Records. It was a tribute to Journey to Silius.

People may wonder why I chose such a relatively obscure game to pay tribute to, when a lot of people are going for the big classics, the great, well-known composers, or the new, popular thing. Well, the answer for me is simple, I love this soundtrack. Mega Man 2 was the first game that made me actually stop to listen to the music, but Sunsoft games solidified the concept of memorable 8-bit video game music to me. (Well, Konami games too.)

These were songs I was humming at school without realizing it, and elevated what would be an OK game to another level. I just love every single song in this soundtrack and they are some of the few songs that have real nostalgic value to me and actually really take me back in time.

So that's why I did it, and I'm pleased that people seemed to enjoy the work and it probably means I didn't completely butcher it. Anyways, regarding this remix, it's probably the most complex of the album. It has a mix of big beat, metal, and a touch of 80s sensibilities thrown in. I had a ton of fun doing this one, probably more than any other remix in the album, and I think it does a good job representing the whole album thematically. It ends with a big finish, which in the album leads into the softer ending theme, sort of a goodbye to what is overall a high-energy compilation of remixes.

I hope it's good enough to be in the front page, enjoy!"

Bangin' stuff; not sure I've heard a drum breakdown ending attempted in this genre, which was fun, plus the blend of modern synths, some chips, crunchy guitars, & beefy beats satisfies like Snickers. Gario writes:

"Those are some phat as hell synths, with meaty drums to compliment them and a solid balance in the mix. The arrangement itself works great, too - it knows when to go hard and when to give the listener's ears a break. Great stuff all around; I've got nothin' to give it but my praise."

It's easy to like, but there are also some breakdowns and unexpected bits that facilitate the longer duration (for the genre) & mix it up a bit, as DarkeSword notes:

"Great take on a great source. The syncopated section around 1:40 really makes you sit up and pay attention. Nice contrast to the straightforward style of the original. Really clean sounding. Love it."

Ditto; Mike's tribute to this game & its music is well worth your time + $$$, and this particular track hits hard, rocks out, goes interesting places, and brings a ton of energy to the table. Enjoy!

mmhhh... I tried to create an account in the webpage of OC records to buy the entire album, but I couldn't register.

Anyone here maight lend a hand?

The world can only take so many Chrono Trigger arrange albums so this is a welcome relief. I dig it! 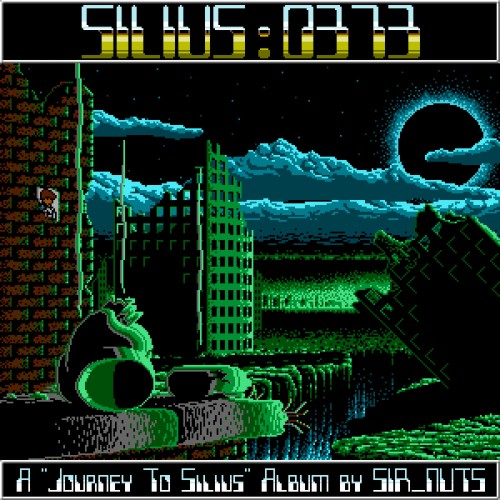