HomeReMixesUndertale "Guided by Hopes and Dreams"
|

ReMix:Undertale "Guided by Hopes and Dreams" 5:01

Our second Jorito Jam (and collaboration) of the day takes us on a wild, soaring rock opera rendition of Undertale's iconic "Hopes and Dreams," off of The Great Tale of the Little Ones: Vol. 2:

"I completely missed the Undertale hype train from a few years ago (also somewhat intentionally), but Undertale's music is too good to ignore. So when there was a free Undertale slot on the Indie Games v2 tribute album, over at the Pixel Mixers community, it felt like too good an opportunity to pass up.

"Hopes and Dreams" is one of my favorite tracks from Undertale for its upbeat and optimistic vibe and just plain catchy melody. Since I've been looking for an excuse to try my hand at a Nightwish-esque track, that meant operatic female vocals. Fortunately, one-woman choir, Psamathes, a Pixel Mixers regular, was immediately interested to do some symphonic metal, so I got to arranging. As far as the arrangement goes, the source track is catchy but also quite repetitive, so I had to be creative. Fortunately, there was enough material create a verse and chorus section as well as a bridge part. To spice it up, I wrote a riff + chant section quite heavily inspired by a part of the source (even though I completely forgot from where by now...), added a solo section, and threw in some (intentionally keyboardy/ROMpler-ey-sounding) orchestral sounds for that symphonic feel.

No symphonic metal is without guitars, and while I liked my Shreddage 2 MIDI riffs well enough to blend them in too, I was happy to work with jmabate for some great guitar work. He provided the lead and rhythm guitars and threw in an extra tasty solo bit as well as a few harmonies at the end to boot. Bass was provided by Kalu4ii Plays, another PM community member, and provides the rhythm section together with the pretty layered drums courtesy of Logic Pro's Drummer (and heavily edited by yours truly).

After the usual mixing hell (it turned out to be one of these high track count monsters with too many layers), it turned out not quite as Nightwish-esque as I originally planned, but I still feel it's a great homage to Undertale, to symphonic rock/metal in general, and it has plenty of good vibes and power. All of this was immensely helped by the fantastic singing from Psamathes and the extra oomph provided by the performances from jmabate and Kalu4ii, and I can't thank them enough for helping the track come to life!"

Jorrith has repeatedly proven that he has the power & perseverance to make collaborations work, and this one resulted in something totally new & unlike most of his other mixes in its operatic rock momentum & epicality. Psamathes (Alessandra Cognetta) is a huge part of that, and ends up defining the mix with her performance:

"When Jorito asked me to sing on this track, I was very easily convinced: he just had to say "Undertale" and "Nightwish" in the same sentence. We eventually incorporated the symphonic metal influences in a more personal way, in order to fit our styles and musical identities, but the bombastic feeling stayed, and it really gave the song a special energy.

Undertale is a game that got me through some very difficult times, and I loved how the original lyrics Jorito wrote somehow reflected the struggles I was going through back then. As a singer, I absolutely had to put all my heart in the interpretation, and I worked towards that both with enunciation and by using different voice colors. I was able to add a lot of nuances by experimenting with different operatic techniques, from the fuller, "determined" tones of the chorus to the lighter notes of the bridge, which immediately convey the insecurity expressed by the lyrics. I also sang all the harmonies in the choir section, and for those I had to make sure that I was consistent and varied at the same time.

Technically speaking, this song was really challenging. The main melody of "Hopes and Dreams" is full of big jumps that take a huge amount of control to be sung with a consistent tone, and the upbeat tempo also required an almost surgical use of breathing to safely make it through the phrases. After that, it was all a matter of being one with the music!"

If I sat down and thought about it, I'd probably have concluded that H&D would make for a great (if challenging) operatic vocal line... but now I don't have to :) I confess to a bit of a personal mental block/bias in preferring operatic lines like this sung in Italian instead of English or German, but the lyrics Jorrith wrote unquestionably fit with the game's zeitgeist & Psamathes sells them. Guitarist jmabate (Jean Marc Abate) adds:

"When Jorito asked for guitars on the Pixel Mixers Discord, I really liked the music and it inspired me a lot! When the guitars were recorded and I heard the finished track, I really enjoyed the mood of the arrangement and the voice of Psamathes!"

"Listened to this several times before, it's a great track. The Nightwish feel is very close, it would've been pitch-perfect with more heavy metal arrangement tropes, but it doesn't need to be a straight-up copy. Production is clean and the vocal performance is great. It's a huge undertaking that turned out very well."

Big Sources Require Bold Visions™ - or something like that; this is a modern VGM classic, by all rights, and has been interpreted aplenty at OCR and in the wider arrangement community. Jorito, Psamathes, Kalu4ii Plays, & jmabate came together for something special, out of the ordinary, over the top, and distinct from other visions, soaring to new heights & throwing down some amazing rock/metal & vocal chops!

This is so good. I had to stop what I was doing at work so I could actively listen. I feel like I need to hear it again. 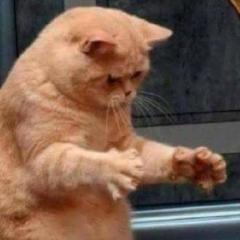 [Verse 1]
I am stuck
in dark surroundings,
lost and dazed,
feels like I'm drowning

Thinking back
as I was falling
down this void,
my ears still roaring

Can I get up,
from this nightmare?
Won't give up,
give in to despair

Determined to
find a way
My heart won't
lead me astray

[Bridge]
Feeling lost and helpless,
I'm so scared...
I don't know how I will
get out of this mess

But when I remember
all my dreams
I feel stronger,
I know I can't give up
just yet

[Chants during guitar riff]
[x4]
Trust your
Hopes and Dreams

[Verse 2]
I am struggling
'cause beliefs,
they're causing conflict
fuelled by passion

Clashing, now my
friends are hurting
I just want to
end this fighting

Can I find a way
to stop this?
Bring back peace
to all around me?

[Bridge]
The struggles of my past,
they have shaped me
They made me strong
and showed me what I could be

My doubts are gone,
a thing of yesterday,
'Cause now I know
nothing can stand in my way!

[Outro]
Determination,
it will fill our hearts
Nothing can stop us,
or can break us apart

Trust the power of your
Hopes and
of your Dreams