By Reuben Spiers, Gamer of the Winds

Next up we've got Reuben6 (Reuben Spiers) on a folk/acoustic collab with Gamer of the Winds (that's two collabs in a ROW for Gregory!):

"My acoustic cover of "Mysterious Forest" from The Legend of Zelda: Link's Awakening.

Nintendo, I still want you to get For the Frog the Bell Tolls remade for the Switch and released in English. ;v;

Special thanks to Gamer of the Winds for his flute and clarinet performance!"

NOTE: The Frog for Whom the Bell Tolls was a JP-only Game Boy game by Nintendo with a similar engine to LoZ:LA that came out 9 months before. Who knew? Well, plenty of people I'm sure, but I didn't. Do not ask for whom the frog for whom the bell tolls ribbits... it ribbits for thee. This has a syncopated, even funky cadence, with pretty chill offbeat accordion chords, lovely intertwining woodwind leads from Mr. Orosz, and a deep electric bass that gets the spotlight both in the intro & later on, plus a shaker, some hand drums, and an acoustic kit. Also an acoustic guitar - it feels pared-down, but there's actually a good variety of instrumentation at play, and the whole thing is relaxed but still very musical. MindWanderer writes:

"Straightforward but effective. A lot of it is pretty conservative structurally, but the composition is a bit more than that, especially in the second half. The Ballad of the Wind Fish cameo worked really nicely. The bass line is a bit repetitive, but does get switched up a little from time to time. I'm on board."

"hey, this is a pretty charming little piece. it's a fun combo of instruments, nothing's too overpowering (although i wouldn't have minded if the flute was a little farther back in the mix), and the overall feel is really organic. i enjoyed the shout-out to the windfish. if anything, i'd love to hear even more exploration on the melody and backing parts. it does feel like it's the same thing through a few times, although there's more going on than that.

nice work reuben! this is an enjoyable remix."

What they said; nothing too flashy, but a chill/smart groove that turns the source into something a bit slinky & saucy, without going too far. Gregory's personalized performances on winds elevate the organic aesthetic, and the end result is something that someone could read beat poetry to without sounding ridiculous. Or at least, without sounding MORE ridiculous, you know? Great, understated stuff - enjoy!

This needs some jazz flute ad-libbing. Still one of the better Mysterious Forest remixes; downloaded! 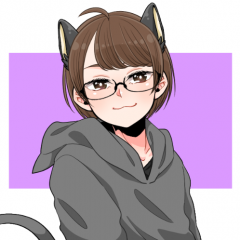 I can totally picture beat poetry to this. Sharp and smooth at the same time, and I love the integration of "Ballad of the Wind Fish".

Definitely a by-the-numbers mix, but it's appreciated nonetheless. The flute does add some oomph to the song if nothing else