Kuro (Brendan Schmidt) follows up a memorable EDM Tales of Phantasia debut back in 2016 with this sweet synthwave/retrowave take (w/ bonus Vocaloid) on the "Stage 2" theme from NES classic Journey to Silius:

"I've always loved classic-era Sunsoft music for the NES/Famicom, but the music from stage 2 of Journey to Silius (a.k.a. Raf World) holds a special place for me. I thought this song would sound good as a synthwave/future-retro tune. I wrote a few lyrics that are sung by a Vocaloid, Gumi. I drew inspiration for the arrangement and lyrics from my feelings about a special person in my life, and this song is dedicated to her."

Collective awwwwing ensues; she got a great mix! This is different from Brendan's first featured submission, showing some range within the larger EDM/pop sphere. The artist again employs Vocaloid; I tend to think of this vocal synthesizer's sound as more of a late 90s/anime thing, but it gels well enough with a synthwave vibe. It's actually a smaller part of the overall mix, and a sweet, hair-band style electric guitar lead gets far more spotlight, and uses it quite well. Judges were unanimous, and the entirety of Rexy's decision really deserves to be quoted in full:

"Yeah, this is a melodically conservative take, so I have no problems detecting the source. Aside from the synthwave direction with the choice of instruments, there's been some careful additions of backing pads, additional rhythmic synths in the bridges, and adding accents to the rhythm part leading into the two melody sections. Structurally it goes through the first two melody sections straight with the bridge between them repeated - but then goes into an exciting break at 3:16, which serves as a dynamic way to build into the Vocaloid use at 3:50. I admit it sounds uncanny hearing English lyrics when the software caters more to Japanese pronunciation. Still, the usage is minimal and pairs well with the guitar solo to round out the final minute. Like with Wes, the ending doesn't bother me, as I expect a lot of 80s pop to end similarly.

It's a well-produced package, too - cleanly mixed, all parts identifiable, and the timbres picked out are appropriate for synthwave. I want to give a special shoutout towards your choice of snare - it's surprisingly rich for being so low-pitched, and there's enough punch to pack through the mix and fit well with the lead guitar and Vocaloid. In my opinion, I would've wanted your lead guitar to be a touch louder in the mix. But it's not a dealbreaker in this case, as its position in the mix had an emphasis on mid-highs, which hardly any other instrument touched.

As it stands, this is a great sophomore effort. It showcases more of how far you can go arrangement-wise while keeping interpretation minimal, how adaptable you are to other types of EDM, and how fearless you are at finding ways to make Vocaloid soundbanks work in context. Excellent work, Brendan!"

Very specific, multifaceted critique & praise; leaves me with little else to say, since I wholeheartedly concur. Great to see more from Kuro - almost four years ago to the day, I really enjoyed listening to & writing about his ToP mix, and have been looking forward to a follow-up. This more than delivers; excellent stuff! 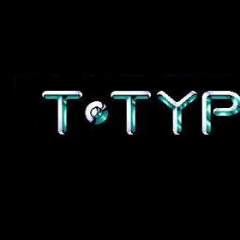 Just discovered this soundtrack and it is one of the hidden gems. Amazing remix, well done