While "Creep Colony" could probably be used to describe more than a few college fraternities or subreddits, in *this* case it's a badass post-rock take on StarCraft's "Zerg 2" - our first standards-compliant featured mix from the game AND our first from newcomer Cory Johnson:

"I feel like it's usually Terran music that gets most of the attention when people cover this game, but Zerg and Protoss have some of the best moody, ambient tracks in the series. That also makes it more of a challenge to cover, so I took that challenge. This was originally recorded for Dwelling of Duels' August 2019 Free Month and later released on my Dwelling of Duels entry compilation album called Duels in 2020."

So much to love here: great sound design, where a guitar-centric ambient/distorted soundscape has some occasional pairings against synths, but in a completely cohesive manner that maintains the "tortured wasteland" aesthetic. On top of that, you've got discrete sections that range from suspenseful to sinister to heavy - I especially dig the 5/4 bits toward the end. Judges were unanimous, and Emunator had clearly been waiting for a submission from Cory:

"Hell yes, we finally get a Cory Johnson submission! I've been a huge fan of your work ever since your post-rock Zelda album ages ago.

The sound design here is absolutely off the hook, and the way you've integrated it with more traditional rock instrumentation is incredibly seamless and well-produced across the board. A lot has been said about the guitars and the various effect chains you've employed here, but I also want to comment on the drums, which are written with a lot of finesse and nuance as well and always suit the energy level of the track at any given moment. There's a great ebb and flow throughout the entire track while always pushing toward a final climax, which finally comes at 5:22 - while I was expecting something to happen, the absolute ferocity of it caught me totally off guard and REALLY sold me on this arrangement as a whole. Way to bring it all home!

There's a lot of good to speak about this arrangement, and I'm glad you've chosen to send it our way. I sincerely hope we hear more from you in the future!!"

Yes indeed; all of that. Gario had a good comment about "alien sweeps" and other otherworldly FX coaxed from the guitars, and MindWanderer added the following:

"Not much to add to the above. It's indeed tricky to work with less melodic source material and not have it come out similar in mood. This is still definitely sci-fi, but I could never accuse it of being conservative. It's a bit more Doom or Mutant Chronicles than Starcraft. Excellent sound design, production, performance, the works."

This mix manages to be substantive, engrossing/enveloping, & varied in timbre and composition, using its near-six minute duration wisely to manipulate both texture & tension. Smart, high-impact way to handle the source material & a fantastic debut from Cory - highly recommended! 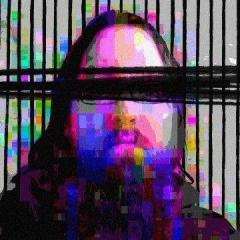 Yeah, I've mostly heard Terran covers so that pushed me to do a Zerg track.

And I remember searching on here to see what Starcraft tracks were added and found no results and a forum post from like ten years ago lamenting the lack of SC tracks. I knew I had to submit it lol.

I don't know what shocks me more: that it took twenty years to get a Starcraft remix on OCR, or that the aforementioned remix WASN'T terran.

Duuuuude. My Zergling soul is so happy right now. Despite playing primarily Zerg and having all three races' music on my computer; it seems like Terran music is heard more regularly for some reason. I am definitely downloading this.
Also the drop right around 2min is so complete that I freaked out for a couple of seconds. I thought that was the end of the song and it was too good for me to accept that.