We're happy to welcome in newcomer Akidna (Xrixa Axiaxa), who has come bearing a Street Fighter gift! Literally all 17 character themes in the Street Fighter II arcade series are memorable and iconic, by the way - we should know! I'd personally love to hear someone creartively cover Dictator's theme and submit it so that OCR finally has all 17 character repped by at least one mix. :-) That said, it's indeed a treat to have this upbeat, dancy version of Yoko Shimomura's classic Street Fighter II theme for Chun-Li. According to Akidna, this one's been a personal goal for a long, long time:

Tribute remix to the "First Female Character of Fighting Games" in video game history with Street Fighter 2 being my first entry into the fighting game world. I can still remember that day in 1992 at the gas station down the road from where I had lived. They had gotten in an arcade machine of Street Fighter 2 and this would be the hang-out spot for me and the friends on the block and we would find ourself from sun up 'til sundown and even midnight hours as the store stay open 24/7. Chun-Li's theme stuck out like a sore thumb to me as this was the character I found myself play as all the time. And at first I thought I was a Ryu fan, but was never able to get his moveset down at that time and would always find myself using Chun-Li to get through the game.

I was learning to play drums and piano at that time as well and hated playing classical pieces, so I found myself covering a lot of video game music to pass the time during, and this theme song just happen to be the one that I found myself rehearsing more often then not. This has been a desire of my for a while now to do my own remix to Chun-Li's theme from Street Fighter 2 and being that she is one of my favorite video game character in my top 3. So here I am, 29 years ago from the time that I am writing this, to finally present my work of this wonderful memory of mine in this cover of Chun-Li's stage theme."

DarkSim and I agreed that the "Hey" samples could have been scaled back and the verses could have been further varied. But in the context of great energy and personalized instrumentation, judge Chimpazilla (along with the rest of us) found a lot to like:

"I love this remix! The production is ace, it sounds delightful floating out of my Presonus speakers. The arrangement is awesome, great dynamics throughout the piece, great energy management, very clean mixing. The track is so full of ear candy, fun panning, and it switches up all throughout the track while keeping the source material prominent. The faster source lead writing in the second half is just dynamite, it fits there just right. I love the 90s style breakbeat starting at 1:11, and the taiko drumming starting at 1:45. The breakdown in the middle is utterly dreamy and breaks up the energy perfectly. You've mixed the low-low-lows of that sub boom perfectly as well, without sacrificing your mastering. This is a lot of arrangement smashed into a short 3-minute span, but it never feels too-short or too-long. BRAVO this is just excellent."

It's a solid sound and I agreed with Chimpa on the production sounding clean and well-mixed; it's rare to hear bass writing that (even when subtle and understated) genuinely cuts through, so nice work there. Keeping melodically close while beefing up and personalizing the sound is a lot like how A_Rival approached his Chun-Li HD Remix arrangement, "Street Market," so that's well worth a listen if you enjoy Akidna's style. Chun-Li's theme has emerged as one of SF's most earworm-y, so once you pay respects here to the "Lady Dragon," I encourage you to go down OCR's Street Fighter rabbit hole even further. Akidna's got Mortal Kombat material on their YouTube as well, so you never know what you might hear next from them in the fighting game space!

Hi-octane beats that would fit any related m.a. choreagraphy nicely.

This is so cheeky and fun. Maybe corny too.

That ambient break and the overall energetic beat really won me over on this ReMix. I actually dig the “hey!” clips and how it really does feel like a pumped up take on the original, enhancing the best parts of the source and adding just a little extra to it. Pretty sweet mix! 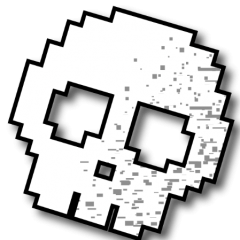 I liked the entire track but I LOVED the second part of the song (1:45+) with the original elements that still had the same feeling as the original song. Great work ❤️