HomeAlbumsSummoning of Spirits: An Arrangement of Music from Tales of Phantasia and Tales of Symphonia
| 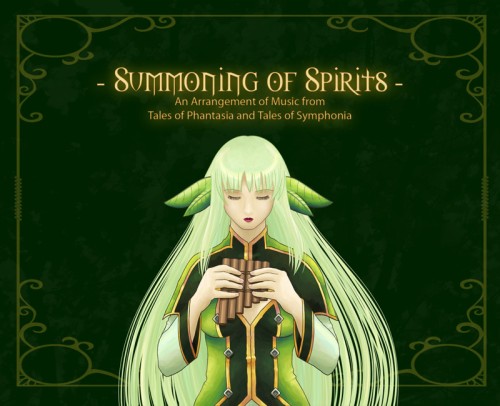 Album: Summoning of Spirits: An Arrangement of Music from Tales of Phantasia and Tales of Symphonia 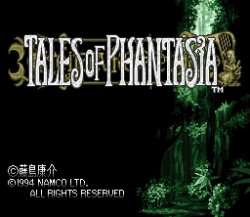 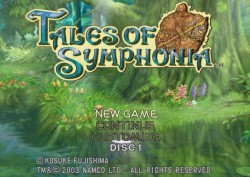 Yes, I can. It was in the first post of the thread, even.

That was an awesome review. Gosh, I wish every one was like that.

Kyle, can you at least find a review that says anything GOOD about my tracks?

Yes, I can. It was in the first post of the thread, even.

Kyle, can you at least find a review that says anything GOOD about my tracks?

Wow, it's been nearly 5 years since SoS was released, and almost 9 years since its inception. while there are a number of of things I do wish I could go back and change, I'm still proud of what we were able to accomplish with a project of this magnitude. I came across the SEMO review of the album recently, and it made me reflect on the album as a whole as well as the process of directing it. I won't disagree with anything Quintin said at all, and I actually found it rather nice to get some honest critique and feedback. It's an interesting read, for sure.

This album was a learning experience for myself and I'm sure for the others involved as well, and in spite of its flaws in retrospect, I still stand by SoS as a great achievement. If you're still enjoying the album, or even just discovering it after 5 years, thank you.

I really enjoyed this album. It's probably the most played one in my collection. And I have a lot of stuff.

So why IS "gentry" a five letter word? "Honor"?

I can't believe I left that behind _

It namely got the title because of the 5/4 time signature. There, that's all there is to it

I love this album. all tracks are very good

Sixto Sounds THE BEST OF THE BEST!3

So why IS "gentry" a five letter word? "Honor"?

Thank you for constructing the pulsing sonic trek that is Deity (Martel), playing it on continuous repeat has provided some of the most "flow-inducing" background music for writing papers to. I believe this track will be partially responsible for passing grades in two of my classes this semester.

(The rest of the album rocks too, but this was of immediate interest)

What? I haven't serious-posted in this thread yet? For shame.

@Gurkfak: Tales of Phantasia - the first in the series - was very good. If you don't mind the dated aspects of earlier RPGs then start with that one. For timeframe, think late SNES, early PS1, since that's precisely what happened (released late on the SNES, revamped - revamped, not simply ported - for the PS1). The encounter rate was too high (even with holy potions!), but just about everything else was excellent. I played the PS1 version because I decided the enhancements and the superior fan translation (from Absolute Zero... lol at the infamous quote about Arche from the DeJap translation) made that the one to try, plus I love the PS1 soundfonts Sakuraba uses (SO2, VP1... both classics). I suppose I should mention that there is a GBA version that was actually released in NA. Which, per my research and in my opinion, didn't stack up as well. Yes, I do this with games with multiple releases but no clear definitive release.

Also, I plugged in Symphonia a couple/few weeks ago. I only got about three-ish hours in before getting distracted by non-rpgs, but man, next time I'm in the rpg mood I know I'll be hooked. I'm glad I played through my initial disgust at what I heard as a sickly rehashing of good, old tunes playing in the background, as the music, and the plot, quickly picked up. Can't say more than that and that it looks good.

I don't know if I ever would have gotten to either game if it weren't for this remix album. I knew ToP was one I wanted to play eventually, and likewise (to a lesser extent) with ToS, but 'eventually' with me and rpgs usually means 'never'. Too many games, not enough time. But I knew I wanted to listen to this album, and because I refuse to listen to a remix album for a game I know I'll eventually play until I actually play the game, I self-kicked my ass into popping in ToP.

And I'm glad I did, because not only did I play a great game but I also got to listen to two disks of very, very enjoyable remixes. Sorry, I still (as of edit), haven't listened to the second two disks since I started and stopped on playing ToS. But I'll get to them eventually with both another great game under my belt and a better appreciation for what you all have done.

My thanks and appreciation to everyone who helped make this awesomeness happen. Gigantic thanks to the project coordinators and everyone behind the scenes. And thanks, of course, to everyone who made me laugh my ass off in the original thread. I like turtles.

I haven't played any of the tales games sadly but when I listened to this remix I now want to get my hands on any tales game I can. I usually see a correlation between quality of music and quality of a game and even though I was unable to link any of the songs to game memories like the other remixes I really really enjoyed them.

This is an awesome album. I can't stop listening to it. I listen to it while I play my MMOs xD

My favorites are definitely "Horizon's Walk" and "Go the Distance". They are just amazing 3

Excellent job and thank you so much for sharing it with us! Hope to see more =D

In that case Contra 4 is totally in style.