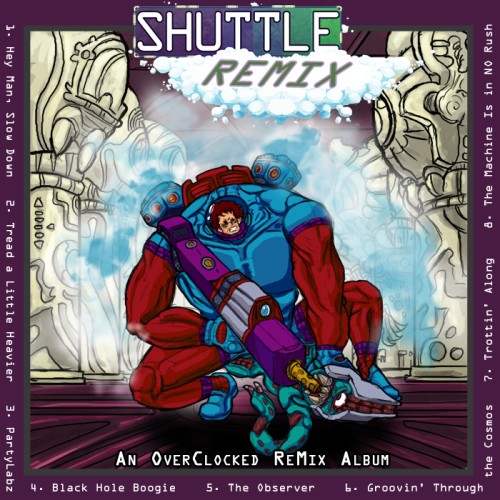 General Overview:
I love how this album can range from groovy and fast paced to relaxing while being able to retain its groove. It's good enough to listen to from beginning to end. Yeah some tracks are better than others, but no track on this album is bad. If you're looking for an electronic groove that both relaxes you and motivates you, download this album.

Album Strengths (AKA Personal Favs):
Track 3: PartyLabz (JoLabz) by Kubbi
From 0:00 to 0:47, the music progressively builds towards an intergalactic trip through a futuristic highway. Very fun track, would love to blast this during a night drive in the middle of a city.

Track 5: The Observer (Observate) by Phonetic Hero
The piano work which compliments the electronic work really sold me on this track. Like I said in the original review, a great balance of electronic and orchestrated music.

Track 6: Groovin' Through the Cosmos (Galactic Groove) by Amphibious
The title is very accurate to what you get out of this track. I even like the "glitches" thrown in. Almost seems like the cosmos are trying to interfere with the groove. Love the beat, love the melody, love it all.

DaMonz said:
Shuttle Rush is the first game that I developed with my team, Takusan Works, and Shuttle Remix reinvents the game's whole original soundtrack.

This album was made by an amazing OverClocked ReMix strike team. They all did an outstanding job at reworking the game's music into something entirely different. Every arrangement is enjoyable in its own way, and brings a whole new set of colors to the soundtrack. In contrast with the somewhat hyperactive original music, most of these arrangements are relaxed and groovy, all in their own way. And even though the album might seem slightly short, it shows one of OverClocked ReMix's greatest strengths: diversity. Every ReMixer has their own style, and this album makes no exception. I am extremely grateful to every single one of them for their awesome work on this album, and I hope you will all have a great time listening to it!