Secret of Mana and Seiken Densetsu 3 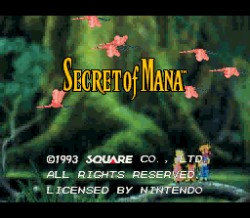 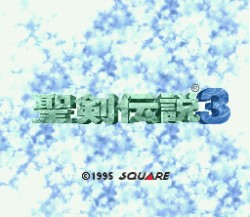 But listening to the music remains a good way to eliminate other distractions and focus on getting stuff done.

Glad you could hear it, Clem Fandango.

And yes, that is a wordplay reference on Toast Of London.

Yeah, it inadvertently turned into a bit of a time capsule. Clem, dude, mad props for your series of album reviews.

Hey, thanks! For a few years now I've just listened to this music by going to the OCR album page and running down the Soundcloud playlist of each game I'm familiar with, so I always look and see the comments at the bottom and how there aren't many recent ones. I made myself de-lurk to post a few thoughts as a kind of COVID "do something different" thing a few months ago, so that if any of the creators look in they know someone's still listening. I hoped things would be normal again before I got to the present day. Not quite. But listening to the music remains a good way to eliminate other distractions and focus on getting stuff done.

Yeah, it inadvertently turned into a bit of a time capsule. Clem, dude, mad props for your series of album reviews. :D

It's fun listening to this one in a similar way to my enjoying the Secret of Mana OCR album - this is not something I bring any childhood/teenage nostalgia for, and since I didn't "do the splash hop" of finding the translated version over the long years it existed, I don't have any adult experience of it either. I plan to correct this eventually with the Switch version! But for now listening to it is neat to experience the music and imagine where the source would happen in the game.

I'm glad I read the director's comment at the top because you can certainly hear the way that the pieces here straddle eras of this site with who was involved and what the mixes sound like. "Oh, that's X's style from Y older album" occurred to me a handful of times throughout.

The way that different themes appear in multiple mixes is also a distinct thing for this album and it helps give a "whole game" feel rather than just tracks that are lined up in the order you come across them in the plot. I like it. World journeys certainly are part of the game experience from that era. I'm intrigued to play both Secret and Legend of Mana after listening to both of these albums to hear how much the music has in common between the two games since it's hard not to notice what I, knowing nothing, have come to think of as the "main theme" of Mana (from 1-01 of the Secret album here) popping up in at least four different tracks for the SD3 album.

Holy flaming buttnuggets, Batman! This sounds fucking awesome. Forgive me if I just dump all the tracks into one playlist in a different order but that's how I like it.

I thought this was the longest running April Fools.

What a journey! It's been a long, long time, but now it's finally released. Songs of Light and Darkness is a tribute to Hiroki Kikuta's soundtrack for Seiken Densetsu 3, the game following Secret of Mana in the same franchise. Though only released in Japan, the Western gamers who came across it, either on cartridge or by other means, found it one of the most beautiful games on the SNES. The music plays a big part in that.

The album project began more than a decade ago. And, hey, we got the whole tracklist done. Your favorite track from the game has been remixed here. It's possible we have multiple remixes of it, even. Through a troubling many issues over the years, and a troubling number of years of slow progress, the slow progress eventually gave us the whole soundtrack wonderfully remixed by OC ReMix regulars and strangers alike.

You get to hear what I've been keeping mostly to myself for years. And what a wonderful set of tracks this is. In some ways, it's a bit of a time capsule. I joined OC ReMix in late 2007, and this project was in the works already then. Some of the tracks sound like those old tracks that drew me to the site and its community in the first place.

It's an eclectic mix of things, with the expected orchestral and metal epics sharing space with instrumentation and styles including waltz, rap, Mellotron, reggae, harpsichord, J-rock, and plenty of world music elements from all over the place incorporated into a large number of the remixes.

I'm very happy to have my name among the artists here, and I'm sure you can find something you like on this behemoth of an album. I hope you not only enjoy the album, but get something out of reading the comments too. Enjoy. 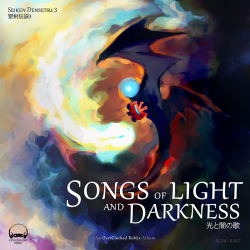