Who can forget the immortal ghosts'n'goblins, from Capcom? In addition to being really hard, this game was just pure fun, and had a medieval / magical theme that was just what the doctor ordered for the sometimes repetitive platform genre. This is a really slick dance-style remix of the commodore version of the G'n'G theme, arranged by Instant Remedy, and contributed by the huge archive of C64 remixes, WWW.C64AUDIO.COM.

Haha, this is a really funny track

It's just great for Halloween party. Especially if we would live in 90's

Wait, this is ReMix FOUR? Wow. This comes up a lot on my iPod shuffle for some reason and I never ever skip it. It's so delightfully 2000s (oh man those drums) but really fun. Repetitive, maybe, but catchy and finds a pretty nice groove.

For some reason one of my favorite bits is 2:32 and 2:51 with the less... synthy, string sound, exposed and syncopated in a really fun way and contrasting with the bmm tss drums in a way that somehow works. If it was slower it'd be pretty Grant Kirkhope-y.

It's good to see a remix of this version of the theme, but I can't help but feel that the speed of the mix detracts from the funkiness of the original. I wonder if something slower and dirtier -- dubstep maybe -- would be a better fit. Still, it's a good mix, and I like how the samples emulate that unique C64 chip sound.

There's some clipping in my headphones from this one -- possibly due to the strength of the bass drum. It doesn't particularly pack a punch, but it has pretty strong low frequencies to it. During the intro there are some sounds that are too shrill, such as the scraping echo. The spooky theramin sound is sweet but so dry, needed some reverb and/or light echo.

The synth lead at 1:05 is a bit too loud, but for the most part, the synth elements seem less jarring when all of the elements are introduced. A nice, spooky arrangement indeed. I think the bass synth is pretty well-balanced in this, actually.

Man, that caught me off guard. The gothic intro, with it's bells and choir, led me to believe this was going to be a pretty dark, chilling remix, which I was certainly down with. When the electronic instruments come in, it was sort of a let down for me. They're not bad, really, but when I was expecting one thing and got another it did disappoint me a little.

After getting used to the sound, though, it's quite well put together, soundscape-wise. It lacks a little in the mids in general, but it's not too bad.

The retro instruments are pretty damn catchy, overall. There's a lot of sexy envelopes used on the synths that make them stand out nicely (especially that polyphonic line from one of the synths - nice touch).

I would've appreciated more variation in the beat synths. The arrangement is a little more static than I would've liked.

I was getting down to this. Certainly gets about eight ghosties out of ten.

Very fitting for the Halloween season. It's got that spooky arrangement that would be a hit at a local Halloween party. A little too much boom tss for me, but the bells (I adore bells) makes up for it, and it's just so toe-tappingly catchy that the minor age issues don't bother me. So good!

This one might be more of a guilty pleasure. After the awesome bell intro (I have a bell fetish), it begins that little bassloop thing (which reminds me of the first level of Batman for the NES somehow) which never goes away. Ever. The drumwork also remains pretty repetitive, but still that's all expected for a trancey dancey track like this.

What's great about this is the simple catchiness of the original melody, applied excellently in the mix. When you go all blip boopity at 2:11, that's a great moment as well. Also cool is the atmosphere you can hear leaking in with the faux-strings and weird glitch noises and such. Anyway, this remix makes me happy. My first true favorite, chronologically.

This is a pretty repetitive song that doesn't really go anywhere

. I guess it's to be expected since this is ReMix #4, but you know, you wish it would do something fancier than repeat the melody, go instead to the loops, and then rinse and repeat. It doesn't help that the samples aren't terribly great either, but I guess that's the early OCR songs for ya.

Very Halloween(y). Personally I could hear this blasting at a party. Boom tss gets annoying quickly, but given the age of the mix I'll forgive it. Overall it feels cute, somehow...or I'm just tired.

When I first stumbled across this mix I thought it was great, but that was it. But then I noticed the # mix it was and was shocked.

For such an early remix it really kicks butt! My favorite djpretzel song.

This isn't by djpretzel, it's by Instant Remedy!

When I first stumbled across this mix I thought it was great, but that was it. But then I noticed the # mix it was and was shocked.

For such an early remix it really kicks butt! My favorite djpretzel song.

Lots of direct sampling. More than a fair share of boom-tiss. But it's still good for that nostalgia. I used to listen to this often back in high school, and I still enjoy it now.

Even my sister and dad both like the remix. Sometimes hear them listening to it, they normally hate stuff from here. (After all, video game music is just blips and bleeps.)

The juxtoposition of the deep atmospheric effects and the 8bit synth had me scratching my head at first, but once the beat came in, things started to gel a bit more.

Though the song is pretty lofi, there is something appealing about the synthy spookiness, and this song would be an absolute riot at a halloween dance party.

A great track. Pushing an almost trance flow, it starts out with a perfect tease to the main melody of the song, another thing which was well done and fit perfectly for being on the synthie side. I dont think you could find a better sound to use for this game. And such a great finish too, resolution to such an awesome track.

This ReMix is a classic. I listened it some years ago. One of the best mixes that I´ve ever heard.

In terms of electronic music, it is pretty enjoyable. I like the haunted concepts here. The synths selection is very cool. The drums couldn´t be better. It is exactly what I like. Keeping a creative variation, this song is great, as an accurate old stuff. 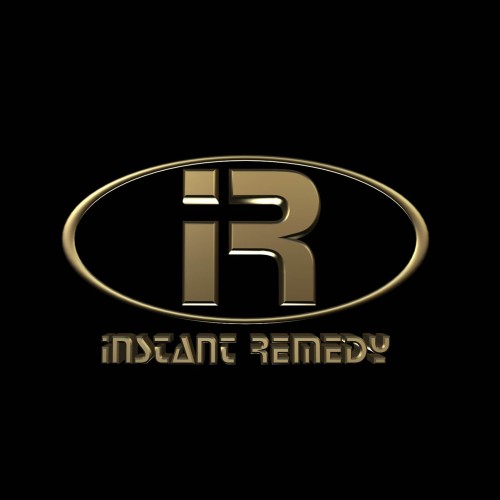