HomeReMixesFinal Fantasy IV "Over and Under"
|

Man, you just gotta love the variety we've been seeing lately. I refer not to the variety of different games being ReMixed - though that's been respectable as well - but to the different genres and "riskier" material we've seen coming in. This latest sub from newcomer silent, aka Jason Merrill, definitely falls into that category. Big time. Jason's taken the "main theme" / field music from FF4 and turned it into an extended solo-guitar-with-vocal-and-original-lyrics opus. It's nothing short of impressive that silent was not only able to produce a beautifully articulate and well thought-out solo guitar arrangement, but to also write a very emotive, original lyric AND sing it (quite well) himself. And it's NOT an easy vocal to sing. The intro guitar solo reminds me of the beginning of several Led Zep tunes, in a good way, the recording is very well done, with fret-sounds, ambient effects, etc. present, but with no overbearing hiss. The vocal comes in around 1'30", and much of whether you'll dig the tune may hinge around whether you dig Jason's voice, and rock vocals in general, but I found that - especially given the difficulty of such an exposed vocal with a formidable range - Jason does a very admirable job. The arrangement does change to a fuller, metal-ballad style, with drums, electric bass, shred chords, and finally exits on a solo piano. There's nothing really similar to this on OCR - it attempts what I consider to be a difficult genre, doesn't cut any corners or take any shortcuts to do so, and you gotta admire the cajones for that alone. Some of the harmonizing towards the end actually reminded me of a couple Alice in Chains tracks. There are portions of the vocal I'm less thrilled about than others, sure, and when the mix fills out with additional instruments there are some balance issues, but really no excuses need to be made - even though one could write-off significant inadequacies to the sheer difficulty of what's attempted here, it's not really necessary, as the end result is surprisingly solid, musical, interesting, and it works. This is the type of mix that, on paper or in the formative stages, it might have been hard to see the potential for, but I'm glad Jason pulled it out, as the result is a compelling, unique bit of game music arrangement. 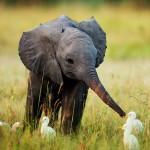 Anyone know where I could find the newer version of this song? I know he posted links before but the one's a vgmix link and the sectionz link he posted earlier just redirects to facebook.

One of the older vocal tracks, I kinda loved/disliked this song the first time around. Then it was polished, with better vocals all around. Good job on this one

The intro was really well performed, and drew me in immediately, and the vocals started out well, but yeah, there were tuning issues around the 6 minute mark. Still pretty solid overall.

I really like this song, but like some others have said, the vocals bring it down for me. I feel with the right singer it could really bring it up a notch. Everything else is great though. Music and lyrics themselves.

This piece is really amazing, the only thing that I am hesitant to say but I feel must is that, the vocals unfortunately bring it down slightly. The lyrics are great and so is the playing but throughout it I think that it would sound better with different voice. I'm not quite sure how to explain it, but needless to say I mean no insult to his voice, while it is good, I don't think it's the best for this song. I am generally picky about the vocalists of songs though.

new versions of this song are here:

Found it. Yeah, I like this one better. Not sure about some of the vocal harmonies as a stylistic choice, but it's much more pleasant overall. The vocals at the ending could be stronger, too, though the performance overall is certainly more pleasant.

Its arrangement is brilliant, however. Despite the fact that I've heard FFIV's main theme a billion and a half times, this piece keeps it from getting stale, and its more original sections mesh well with the source.

I usually skipped over this track whenever I came to it - it's not bad, but it wasn't convincing enough for me. This new version is pretty tight, and I'll probably add it to my current playlist.

Way back in the day when I first discovered this site this was one of the first songs I downloaded. Final Fantasy 4? The Main Theme? Vocals? Oooooh yeses...

A lot of people have said they don't care for silent's voice/vocals. While it may be true he's not the best vocalist out there, I found his vocal tone to be pleasant. However I'm far less harsh on male vocals than female, so yeah, take it how you will. I found that the vocals and song itself had quite a bit of emotion to it, rather than feeling stale like some songs with vocals do. Things can be sang well, but it means nothing to me if there's nothing behind it, if that makes sense.

At a length of 7 minutes, any song runs the risk of being boring or repetitive, but I think this is really easy to listen to. There's enough variation to it that it doesn't make me sigh and cut it off half-way through. Vocals are both soft and later more 'belting' and emotional, there's guitar played in an acoustic way and even a rawk solo. (The guitar playing, also, is pretty awesome in my opinion)

Granted there's some stuff that could stand to be fine tuned in this remix... HOWEVER! Silent did do just that with Over and Under, which was posted by him somewhere in this thread. A few pages back I think? It addresses some of the issues with guitar and notably with the vocals, and is the version I've kept and the version that still remains in my Final Fantasy music folder. To this day, I still listen to this song every now and again.

On it's own, it's a great piece of music. If you're a big fan of Final Fantasy 4 and the FF4 OST? It's a must have for your collection.

One of my all-time favorites. I love the instruments chosen, the buildup and progression from acoustic to electric, and most of all the vocals and the vocal performance. The performance is emotive and honest, and (for all its criticism) adds a rawness that absolutely compliments the lyrics. I wouldn't change anything in this song. I'm really glad I have this song and can listen to it regularly, and I hope silent keeps making remixes.

This is by far one of the best guitar songs I have heard on OCRemix, right up there with Cataclysmic Clash (from Megaman 3). The vocals are fine - I know a few ppl who don't like that sort of thing, but, like everybody else on here says, I'd like to see those ppl try to sing this!!!

The lyrics for this mix were beautifully written and the performance on guitar was superb. However, I have to say that the vocals are more than a bit painful throughout the majority of this remix. Nevertheless, I think silent actually has a decent voice. I think he simply needed to fine tune his vocals a little more for the recording of this piece.

Hi Silent, I wanted to take this opportunity to send you a message of thanks, this track touches me like no other song I could ever possibly think of, which would probably not be the case had I not grown up hearing the Over-World Music for Final Fantasy IV over and over and over again probably like literally 4,700 times lol, so much so that it has been engrained in my heart and soul so when I hear any song from Final Fantasy, I get tingles and chills all over my body whenever I hear the actual music from the game. You took it to an awesome level. The pre-vocal, the actual vocal, and the post-vocals were so superb, I mean I truly felt emotions with this song, and really good music like this is no joke good for therapy as the soul is being cleansed when you hear tunes and notes and melodys and percussion that you like. Anyway my e-mail address is Muzic.Soul.Worldly@gmail.com and would love for you to e-mail me sometime, and let me know if you have a name on Yahoo! / AOL / AIM we could chat on sometime, and defintiely talk about about the Final Fantasy games and music. Take care man, thanks..

hello, and thank you so much dj pretzel for posting my song. as well as your candid review..

I am now doing a new version of this song, better mixed and better vocals (hopefully). I also have other plans for VG remixes, as well as some tidbits....

yes, indeed.. well, you see, not to make excuses, but I am a first take junkie, in the style of kurt cobain and neil young, and I have a problem with DOING THINGS OVER!! lol so, hopefully this as well as the unobstrusive (what does this mean anyway

) musicianship will be solved. I am not a perfectionist, but I really do appreciate criticizm as i will really help me.

The lyrics were never meant to paralell the story of cecil the dark knight... it is certainly something i am going through.. but i realized later, thru the help of my friend, that these lyrics are very much like his plight in the game...

I would appreciate more criticism, and thank you kamikaze noodle, for yours

I know you're not a fan of tabbing - but if you could answer this, what tuning did you use, and did you use a capo at all? Knowing this I can probably get it down myself. Even tab it

Excellent. This seems like the song Cecil would have sung Rosa before he left Baron if he had been like Edward. Though we are thankful he wasn't like Edward. 10/10

i like this song a very lot. The melody and the first lyrics stick with me throughout the day, and I can't stop listening to it. The lyrics themselves are well written and well-sung, though there are a few parts that raised an eye-brow. I was very impressed. Needless to say, I've also listened to the Ninja Gaiden ReMix by silent, which is also great, and you should check out if you haven't yet. Still waiting for more with baited breath, silent. Help a brother out.

my brother sent me this song about a year ago. we absolutely love it...

registering on these forums just to tell you this is one of my favorite songs. 3

Perhaps it's time to question all these things I've been doing for so long
So wrong
SO much I need not mention, but the need within me is so strong

In all this, there's one thing I should ask you
That you should always remain true
Even if I'm gone, you'll still remember
It's just hard when nothing's right and
Everything is out of sight tonite

I don't wanna leave yet
How could you think that I could love
Somebody new?
Someone like you?
As the night fades into a day
I thought it'd be something you should know