You have to hand it to SNK: for quite some time now, they've been updating the King of Fighters series, and unlike the sometimes VERY trivial modifications Capcom would make in christening a new version of Street Fighter 2, they've added new characters, backgrounds, music, and moves. Of course, I'd still take the mechanics of the SF Alpha series (4? Please??) over KoF any day of the week and twice on Sunday, but it's impressive nonetheless. Gecko Yamori gives us our first ReMix from KOF2K, a hard-edged techno arrangement that merges in some phased, delayed, distorted, mean electric guitar for extra punch. Introing light and atmospheric, with a sustained chord, then bass drop, a fuzzy synth line soon fades in. Guitar builds up to 0'58", where the main drum groove comes in and synths take over the spotlight. The lead synth actually sounds like a NES timbre, adding a bit of a retro feel atop the decidedly un-retro backdrop. There's an extended section with lots of development, including nice use of a solid choir patch, until we get the main melody again towards the end. Though I've always dug KoF tunes, I've always seen them as difficult to arrange while maintaining a sense of development, ending up somewhere markedly different from where things began, but that's what GY has done. Though this mix relies on delay effects perhaps a bit too much to fill up space, it's damn fun stuff: biting, heavy, and definitely a solid work. ReMix-starved SNK-fans shouldn't need more than that, but I'd recommend this to all who're looking for some well-constructed electronica. Good stuff.

this is what plays after the underdog gets stomped, whomped, then spring-flips up off the ground and kicks some butt just when everybody thought he'd gone under for good. YES.

I was totally feeling this until the NES came in.

Great beats, great synthy bits, and a cool atmosphere, but that lead sound doesn't fit the song at all.

Still a killer track, but i'd love to hear a revised version.

I don't belive it. Why does this crap get universal approval? The flanged synths and the synth chord are OUT OF FREAKING TUNE WITH THE SONG! Out-of-tune-ness grates on people's ears!

Whose ears does this grate on? Sure not mine, and apparently, not on most other peoples'. I don't know none of yer fancy technical stuff, but I lurve this tune, it really feels like it has a lot of energy. Especially starting at 1:40 and going on to that build-up at about the 2 minute mark, it's just a fantastic "pump-up" song, and it carries through to the end. The ending, too, is great. The chorus is a nice addition where it's used, really brings those parts out.

I don't belive it. Why does this crap get universal approval? The flanged synths and the synth chord are OUT OF FREAKING TUNE WITH THE SONG! Out-of-tune-ness grates on people's ears! Plus, the song does not even include all of the original material, much less ADDS ANYTHING NEW TO THE SONG (aside from one synth chord and one choir chord). And one more thing... NES leads are completely unimpressive and stupid. 'Nuff said. Sorry, I just HAD to open a few people's minds and ears. The original arranged version is light years ahead of this, and that link that the last poster put up does not work.

I'm a big KOF fan (specially because it's musics and gameplay) and I must say this remix is as good as the original arranged version.

In fact, I think this music is a remix from the KOF 2K arcade port, so it isn't a complete version. But if you listen to the arrange one, present on the PlayStation 2 version, you'll note a big quality similarity.

You can download the full SNK's arranged version from here:

Dis is teh music that i enjoy listening too, smoooooooooooooth stuff here.

i like it, good job man. rare to hear a SNK remix here.

This is a nice remix. I enjoy the intro more then anything else, the song has a great build up.

-can't think of anything else to say-

Simply awesome.. For one, it's rare to even find SNK remixes, so there's a plus. Also, I like the tinny sound samples! It's very reminiscent of SNK music!

I totally, completely love this remix, and it captures spirit and feel of the original dead on. Instrumentation, stereo position, and volume are all perfect as well.

I only have one complaint about it though. Its missing half of the main melody, which would've made it far more interesting. :\

Regardless, I'm highly appreciative of you giving SNK tunes some coverage with quality and style. I really hope to see more remixes from the greats of SNK from you in the future.

everything here sounds so good. all the synths, the effects, everything just sound so good. Im like amazed.

But i do have something itching me with this remix. The root never changes. It would be great if you continued the measures at the end of 3:02 and changed the root. But i need to hear the original first.. dont even know what the original sounds like. this really itches me that its always the same

Good stuff from my boy, Gecko! I hope to hear some more house beats though

Mr. Yamori is quickly becoming one of my favorite remixers (this started with the magnificant "Saturday Night Speedway") and this track only further improves my admiration for him as a mixer. 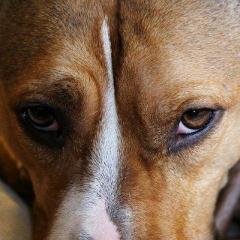 ) of the series. This remix totally rocks. I've always loved the song (and the intro cinema it belongs to... K' is such a sexy man), and it's nice to hear it rendered in greater than MVS/AES quality sound.

Heh, even though there's nothing terribly different about this mix or anything, I still really like it. I can't explain it. Maybe it's the overall polish. Maybe it's the clever synth work. Whatever it is, it makes this mix a part of my playlist.

And for the record, I like the NES-sounding synth.