Site projects picked up a lot of attention in 2004 when, following on the success of Relics of the Chozo in late 2003, the Kong in Concert project made headlines on Slashdot and gained a lot of well-deserved attention. The torrents for both projects are still active, having provided terabytes of throughput for both initiatives, and I've a feeling 2005 will see at least a couple similar collaborations reach critical mass and debut, hopefully with just as much initial and enduring appreciation. Aetherius' contribution to KiC, a ReMix of DKC's 'Misty Menace' theme, is 2004's last site project-related mix to be posted, and while it's not as accessible as some of its predecessors which have made their way here, considering the source material, it's an interesting, expansive mutation of the original. Strong similarities to some of the work Children of the Monkey Machine has done, in terms of mixing ambient with industrial to create stark, but at the same time oddly relaxing, soundscapes. The judges were split on whether there was enough substance to warrant calling this a ReMix, actually, with then-judge Protricity offering:

"Sure the original didn't have much going on, but I don't see why such ambient minimalism can justify not having to be a rearrangement/remix."

However, the majority to his and zircon's dissent was that, given the original, what's been done in terms of soundscaping essentially brings it into the realm of ReMixdom. Quoth the Oji:

"Loved this mix ever since I first heard it and it's one of my favorites off KiC. I didn't compare this with "Misty Menace" for a while after listening to this track, so though this mix doesn't have much of a melody, it really expanded things upon actual comparison with the source a few months ago, which was a very pleasant surprise. Though simple and straightfoward, lots of subtle elements came together to form an enjoyable ambience, and Rab's sure to pick up some fans who enjoy this relaxing, yet melancholy and ominous soundscape."

Ambient mixes aren't everyone's cup o' tea, judging them can be difficult, and when the source material is ambient to begin with, quantifying the amount of arrangement can be tricky. If you're a diehard Kong fan or simply into ambient, I don't think that'll matter too much for you; for my money, upon listening to the original, I had an increased appreciation for what Rab accomplished here, although I can still identify with what the less-enamored judges pointed out. Good stuff from a great project - dark and enveloping.

I was always pretty captivated by this song when I heard it on KiC. I know the DKC 1 soundtrack inside and out and I felt that the connection to the original was sufficiently present and well-expanded upon, which is my favorite part about the ReMix. Above all, this feels exactly like something you would expect to hear in a modernized remake of the original DKC.

Sure, it's not going to smash heads or win any awards for innovative arrangement but Aetherius did the best he could with the source tune, and that's to keep it simple and recognizable while giving the sounds a major upgrade.

Okay, so it's not ZOMG! awesome, but for a track whose source did basically nothing, this seems to be at least a bit better than that. I don't know what melody people are looking for, cause I heard a nice beat (bomp-bomp-bing, bomp-bomp-bing) in there. Minimal, but good enough for me.

I am not finding a whole lot to grab onto here, so I grabbed the source just to hear what is being done.

The soundscape is well put together, but a lot of it doesn't really expand on the original at all. Progression is so subtle to almost be nonexistent.

Can't recommend this one at all; sorry.

Awesome. This is probably one of the most listened to songs for me when it comes to the DKC album.

Those strings in the beginning makes this sound like movie material. As many others already has stated, this mix does not have a melody, but sometimes it don not have to. All these beats and that echoing minebell made it onto my playlist, as I said in the beginning (one line up), this sounds like a touching scenario when the heroes/badguys/squirrels observes the situation and it doesn´t look good, or when Indiana Jones must release the children working in...THE MINES.

So, this is good material. Relaxing, background, I don´t care, Aetherius did a great job advancing it to the next level, and we all should thank him.

I love the minimalistic approach... the bell sound fits in perfectly.

I liked this though...But I do agree that your originals are better. 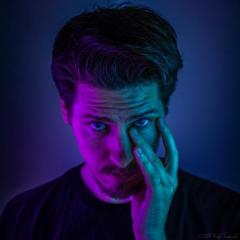 I can't defend the ReMix status so much, however, It's not my fault that it got posted, so, if you don't like it insert judge hate here.

yet, I feel it's a shame that my remixes suck, and my originals suck less, and I'll forever be known better for shitty remixes, than cool originals. Stupid SgtRama.

You know, this is pretty bad. You could actually have done something with the track. Instead you...did nothing and just put some sound effects in and called it a remix.

You know, this is pretty bad. You could actually have done something with the track. Instead you...did nothing and just put some sound effects in and called it a remix.

uhm... not that i'm experienced or that i've listened to that many remixes(slow internet is a long wait for 4 megs...) but i didnt hear a melodey, really. And it does sound like a printer at the end

great atmosphere, I lost track of this song when listening to Kong in Concert but its still great on its own.

Reminded me alot of the Phazon Mines in Metroid Prime for some reason. very eerie place either way. excellent mix if you like mellow ambience and great atmospheric songs.

the 'printer' sound is actually the sound of me banging on my desk rythmically, but processed and distorted...

IF you listen you can hear the rythm, but it's out of sync with the rest of the song.

in response to koelsch.

same to you, my experimental jazz loving enema.

this song isnt bad, its just different, i don't think it would have been posted though if it weren't on the kong in concert album

the ambience is great

Ok. I just need to ask. There's a sound right near the end (within the last 30 seconds) that sounds exactly like a printer. Is it one, or is it just a coincidence?

But yeah. Generally, I'm a pretty big fan, for all that I don't usually like ambient music much. It's nothing insanely special, but it's definitely pretty and non-annoying to listen to.