Hedgehog Heaven, a Sonic the Hedgehog 2 arrangement project that's been in the works for months, is now live. You can download the entire project in MP3 format as a single torrent file - read the bittorrent instructions at bt.ocremix.org if you need help. Richter, who coordinated the project and also contributed several tracks himself, says:

"It’s been a long and bumpy road, but through the dedication of the remixers and the support of the fans, I think we've finally come out with some great music to offer the VG ReMix community. While not every track was intended to be OCR-quality, I think it's apparent that there are plenty that are, and that the tracks work well together as a whole. On behalf of myself and the seventeen other remixers, I'm very proud to present Hedgehog Heaven -- I hope you enjoy."

Like Kong in Concert and Relics of the Chozo, hopefully Hedgehog Heaven will be well-received and enjoyed not only by fans of the game - which has what's probably my favorite soundtrack from the sonic series - but by a broader audience as well. Though, as Richter notes, not every track will end up here, the initial spotlight submission from analoq of the Metropolis Zone theme is certainly some rocking stuff; his usually more electronic style is tempered by some emulated elements this go-round, including a funky dry brush kit, deep bass doubled up by a low piano line, piano and organ comping with some slick organ solos as well, and a strong fretted presence with rhythm and lead electric guitar. Sure, he still gets in some synth licks and fx, with a soaring, searing mono lead synth that enters around 0'50", along with some nice lead-in electronic percussive fx - it's a strange brew of a more traditional rock jam track with electronica aspects thrown in, but it's also analoq, so everything's groovy and he not only makes it work, but makes it seem natural. Great arrangement, inspired instrumentation, and general funkiness, reminding me of AmIEviL's Battle Rocks mix at times in terms of feel, prolly mostly for the organ and bassline. An excellent introduction to this new project and mix in its own right, download it without hesitation, and check out sonic2.ocremix.org for more goodness from Sonic's sophomore soundtrack, now paid ReMix homage in its entirety.

I've always been big fan of this track. It's just perfect. Every little detail here clicks: drums, guitars (they're so raw), synths, organ piano, and it's probably one of the catchiest things off HH. The sort-of-millitary intro and organ piano ending are especially awesome.

Don't forget there's a smashing music video for this remix made by JH Sounds:

Oh wow! Now this is excellent work. I really felt it from 0:50 on. That electric guitar, those pianos, the organ, everything just seemed really put together amazingly. I thoroughly enjoyed it from start to finish. Kinda hard not to like this ReMix when it's so catchy. Definitely one of my favorite ReMixes from Hedgehog Heaven.

This was always one of my favorite tracks from OCRemix. so. damn. catchy. and. funky.

When I downloaded the remix back then it took me a couple of listenings to properly identify the source. Then it hit me and I was amazed at the arrangement. It sounds like a completely different composition - at least in "spirit" (if you know what I mean)! 3 the guitar tone too.

Props to analoq. We want to hear more from you.

Pretty nice mix of elements to create a compelling track. I'm not sure about the guitar lead sound. It sounds a little wonky, but everything else is solid. Nice crunchy rhythm guitar playing, and a good blend of keyed instruments; that organ near the end is especially classy.

Man analoq everything you make is ridiculously catchy and I don't understand how you do it.

Absolutely fantastic. This should be released as a proper tune, never mind just as a Sonic remix. Can't stop listening to it

Love the new chords and instrumentation! It's evident the creative work that went into creating it. Not to mention, it's lenghty, nothing like hearing something good for longer!

I'm still wondering when the name got changed to sonik metro. I've always known the song as Next My Generation... I wish you'd change it back. Anyways, great Sonic remix, good job!

It's different to what I thought it would be...

Anywho, it's a good mix nonetheless.

I like the metal style guitar going in with the pop style melody, they go so well together. Then there's the organ,

need I say N.E.more? It's not my style of music (I'm more into dance and Metal) but I like it. Good Work analoq!

Wow! Great arrangement Mr.Cheers! I really love it! And for some reason, this ReMix remembers me of this:

This remix is awesome stuff. Regarding the Sonic 2 Project, analoq alone is the full price of this collection if it ever goes on sale. Check out "Oil Spill" as well. It's got that Protricity type feel to the track.

I really like this song. The part at 0:50 is sorta reminiscent of "Robot Rock" by Daft Punk, without the mind-numbing repetition. And they make large sums of money for that stuff. So... I guess... analoq, if you want to make money on your music, you should remix this song so it's just that one part looping for 5 minutes. And repeat the title of the song over and over. "NEXT MY GENERATION deedledeedee NEXT MY GENERATION deedledeeee NEXT MY GENERATION" and so forth until people start wondering if the CD is skipping. "Yaargh! He said 'one more time' 346 times ago!! My shoe laces are stinging!!!" Then you'll be in the cash moneys somethin' crazy.

I downloaded this song back when it was first released, and I enjoyed it, but I wasn't loving it.

Now I'm listening to it again, and it's incredible. It's 3:33 AM, so if I try to elaborate, I'll probably just sound stupid. But I love it. Great work. 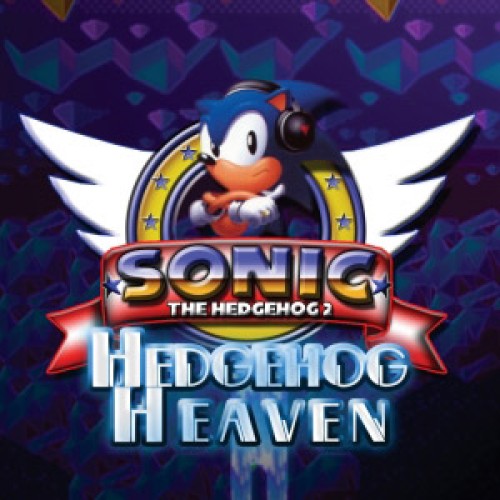