For those of you who've seen Lars von Trier's Europa, perhaps the opening train track fx here will likewise remind you of its mesmerizing, hypnotizing introduction. TO covers some less tread FF6 territory with this ReMix of "The Phantom Train", perhaps one of the less memorable selections from a stellar OST, which he manages to breath new life into, largely with augmented instrumentation and much-needed ambience. The "disco" factor here isn't particularly high - the sound is less polyester/John Travolta and more leather/John Carpenter, with a creepy, 50's horror-flick vibe playing footsy with some squishy layered loops. There's even a partially obscured voice-of-doom vocal sample of former judge Antonio Pizza, doing his best impression of the same guy that did the boss voice for Altered Beast (i.e. "Welcome to your doooooom"). TO's initial sub had all the drums panned dead center, which I gave him a hard time about, since he'd done such a lovely job panning everything else in a dynamic, broad spectrum, but luckly the source files were available and he took measures to rectify things and quickly resubbed. Most of the mix is evolutionary, a layering and exploration of relatively simple motifs, and if there's one larger criticism to be made it's that the mix isn't particularly linear in a fashion that makes its second and third minutes memorably different than its first. It never feels like it's repeating itself verbatim consecutively, but the bigger picture could have used some hiatus/breakout section and a more emphatic climax. When I think haunted trains, I think increasing speed, or at least increasing intensity, but things here pretty much stay on rails here. However, at least they're good rails, with TO having conjured some very apocryphal, tortured textures as the ambient backdrop for his work. This was a divisive piece for the panel, whose decision warrants review as I can't encapsulate accurately the fairly disparate views professed. In speaking for the slim majority, I think Oji said it well:

"Objectively speaking, this was solid enough arrangement and execution for the YES, though the mix feels kind of "safe", as I can't think of a better word. Nothing against Lee of course, as I'm a big fan of his work and his style, but I've enjoyed his other material moreso than this. Too bad we didn't have this for this past Halloween. Spoooooky!"

This is a piece where I think incorporating/melding one other melody from FF6 could have added the compositional content necessary to really flesh things out, instead of relying on a series of additive/subtractive permutations. It's still a good, atmospheric piece that covers FF6's darker nooks and crannies in style, however, and those looking for more esoteric coverage of the game or just spooky musics in general should dig.

pretty spooky stuff, but beyond that it really followed the original too closely, and I wasn't a fan of the original too much. TO has some sick mixes, but I don't think this one is at the same level. Check out the other ones for sure though!

To all the people harping about the Magus theme: I too was a bit thrown off at first, but I didn't have to go back to the source to remember that the melody did indeed start out like that for the Ghost Train theme. The notes at the tail end of the source are a bit different, and the rest of the notes deviate even more as the source goes on, but it definitely sounds like Magus for the first 3 seconds. It seems like Orichalon went full Magus, though, for the first section. Either he did the melody from memory, or did that on purpose.

It's very likely that they used the beginning of this source as inspiration for Magus. It makes sense, him being the ghoulish type and all.

At the end of the day, it's a good remix - and that's all that matters!

this actually sounds more like magus's theme from chrono trigger. but oh well it's still good.

Sure, this is a spoooooky remix, but that line about "Welcome to your doooooom" wasn´t my cup of tea.

I believe it's actually "Velcome to your dooooom," but yes, I completely agree. I feel flat out embarassed to listen to this mix with the words at the beginning. Ug. It's a real shame, because the mix after that is good.

I wasn´t that content with the welcome committee. Sure, this is a spoooooky remix, but that line about "Welcome to your doooooom" wasn´t my cup of tea.

The song did have some nice beats to it. Funky, and of course had those creepy ghost whistlers along, didn´t hear "The Phantom Train", maybe because I don´t remembers it quite well.

I thought I recognized those voices, now I know. Those voices sounds very much as the "Knaaren" from Rayman 3:Hoodlum Havoc.

So, what's with the use of Magus' theme? Don't get me wrong, it's great, just a bit out of place.

I like how the drums, in the beginning, seemingly mirror the sound of the train tracks that come before.

Other than that, not sure what to say, other than that I like this. Which is odd for me, as I am normally very articulate on such things. Sorry! :S 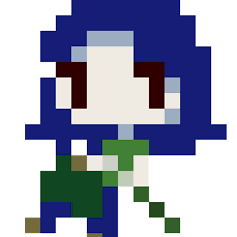 I found this when looking through the judge panel for songs with more than 4 replies (you know you'll find some interesting contraversy in those threads).

Interesting new version, it lives up to the name well. My favorite part is probably at 2:20 when the song smoothly jumps back to the different synth/pads harmonizing and cycling through both ears, followed by that nice moogish bass and cool pulsating/reverby background notes. The two drumloops playing together at around 0:57 was interesting, and there's some nice effects hiding within the flow all around. For me, this song gets better after a few listens, after your expectations and/or element of surprise wears off... and you just want to relax and dive into the groove; watching all the subtle things come to life with the atmosphere. Pretty nice.

There needs to be a huge front-page announcement:

Anyway, this track is really cool. I dislike how some of the loops are layered, because they don't sound very natural when played on top of one another, but other than that, this is really atmospheric and groovy.

You said it, buddy! I thought Winamp was going to crash because of this track. Other than that, I did like the mix, but I was a little dissappointed because the original meldoy was drowned in the rest of the groove. It's creepy, man. I love it. Make another one, TO!

Why didn't I hear the MAgus theme when I played through the Ghost Train on the game? Is that just something that TO put in? In any case, yeah, the mix kicked ass. Downloaded, and even so good as to deserve a review saying "Download this or YOU'LL ride that train next!!"

The remix ? Oh it's nice enough.

TO, this is pretty good. I like the whole creep feel to the entire song. I especially liked the added touch of the horrific voice from about [0:17 - 0:20]... what's it saying? "Welcome to ze Haunted Train!"?

One thing I noticed is that right about 0:30 until about 0:39, it starts going down the scale from a high note, awfully reminiscent of Magus's Theme from Chrono Trigger. At first I thought it was going to be incorporated into the song, but then it only went down the scale. Oh, well, wishful thinking.

Creepy as hell. In a good way. Where was this last october?! The voice-snippets really add to the effect. Also nice from a techno-lover's standpoint. Excelent. Didnt find any flaws listening it a few times via headphones. Well done!

While it being breaks, it does have a dark disco vibe to it. Awesome for progressice break sets. Like this is actually very decent, I love the leads and stuff. It is like a funky version of Serious Sam music. I love it.

Anyway, like a lot of others, the 'Magus' theme jumped right out at me, very curious you'd not heard it before! Has a nice bass, suitably creepy atmosphere and a good tempo that likens it to some kind of ghostly pursuit.

While it being breaks, it does have a dark disco vibe to it. Awesome for progressice break sets. Like this is actually very decent, I love the leads and stuff. It is like a funky version of Serious Sam music. I love it.