"The Decisive Battle", "The Fierce Battle"

NOOOOOOOOOoooooo!! ... or rather: yes. While Anakin Skywalker impersonators may have much reason to melodramatically shout negations, this latest ReMix from none other than Alexander Liss, alias housethegrate, should bring balance to the force. Let me stop and briefly express my own thoughts on Episode III, since no one asked: better than I and II, but not by far, and still not in the same ballpark as the original trilogy. In other news, I went to see professional deception artist Ricky Jay last weekend, which was quite the shit, and also had Ethiopian food for the first time, which - once I figured out the sans-utencil delivery method - was also goodstuffs. Also, I heartily recommend checking out VGDJ, a new ocremix podcast that Aurora and Rayza cooked up and will be working on.

But I should probably talk about Alexander's excellent mix now, no? Firstly, one should be aware that housethegrate and Ashane, who recently had his own mix posted here, are brothers, e.g. Terry and Andy Bogard, etc. - very cool and certainly unique to have two sibling mixers. house's mix is from FF6 and merges orchestral elements with rock in a fast-paced construction that varies between following the original tunage being arranged and deviating a bit more. It's hard to argue with the production and technique on the drums and guitar side of things, with a good mixup between distorted tones and mellower stuff, and the arrangement itself does some fun accellerando towards the end and is powerful and emphatic. There's a general feeling of energy and tension, and things keep moving at a pace that's not frantic but definitely driving. The mix is bookended by ambient storm effects which do come off a bit cliched, but in the intro it's mitigated by the faint sound of a detuned saloon piano and a following moan/scream, which are both atmospheric details that lend a complete, produced feel to the overall work. Of the arrangement factor, which was really the only significant point of contention on the panel, Brandon writes:

"The key for me is that the sections that are close to covers are just that: sections. My vote would be an easy NO if house had tried to pass an extended version of material like the first 1:33, but what we have here is far more expansive. The other material in this six minute mix shows good amounts of creative expansion on the theme and is well executed (1:34-2:50, 4:50-5:15)."

"He knows how to play with few notes, which makes his (very) impressive chops sound that much more tense and kickass than if he were shredding for six minutes."

There's moments like 4'30" where there's a chromatic, Phantom-of-the-Opera meets Texas-Chainsaw-Massacre quality, and clocking in at six minutes to the second, there's quite a few moments in general that are memorable, musical, and impressively executed. There's certainly some legitimacy in the more critical comments from the panel - that what's constituting arrangement is almost wholly the lead guitar, that some of the individual orchestral samples aren't always picture-perfect, etc., but it ultimately passes the litmus test of not sounding overly similar to the original, bringing something new to the table, etc. and also happens to be very accessible and at several points to kick copious quantities of posterior. Good to see solid submissions from both Liss brothers, who will both hopefully continue conjuring and crafting such opuses.

Super amazing playing, a great arrangement with some very cool and original sections, and a really good mix of instruments. The blend of tasteful orchestra and organ fits really well with the guitars, and nothing sounds like it's trying too hard to impress us. The restraint and confidence is really refreshing, and the clean section leading up to the really dramatic ending was superb.

Some of the drums could have been a little punchier for my tastes, and maybe some of the woodwinds a bit louder, but otherwise this was good stuff. I'm a little surprised how unenthusiastic some of the judges were on this one, but it passed, so all's well.

So is the transition from Atma Weapon back to normal boss, but that only lasts for a second or five. But the other part...is a whole minute of genius buildup. (Not none of that cheap building material, found in other songs!) Plus the mixing is overall the least cluttered, and is actually balanced during that section, for use in cranking it as loud as possible without any one frequency range vibrating itself into irritation. ... In other words, I can't find much wrong with it.

Old track? Yes. But does it get old? No. I have listened to this track, over and over, for a total of 44 times so far. That equals about 264 minutes of this song, or nearly 4 and a half hours. And it has yet to get old. With the awesome pacing this track has (and the fact that it loops nearly flawlessly even if that was unintentional).When the main boss theme kicks in, it has a decidedly epic feelo to it. After that, it slows sown, builds up, and then kicks into an awesome remix of said theme again that transfers into The Fierce Battle, a track that, on its own has a win or die feel to it, intensifies with what precedes it. After that it slows down into what could be mistaken for an ending to the song, but instead builds up into the grand finale. An overly awesome track that is my FAVORITE OCRemix track of all time. Great work from housethegrate!

Seriously, this is one of the best mixes I've ever heard. Every time I listen to it, I can't believe this isn't a professionally orchestrated work. Ochestration - awesome. Guitars - awesome. The perfect mix of both - sublimely awesome. Even if nobody else comments, I'll keep coming back with better things to say every few months.

ZOMG ZOMG ZOMG the best FF6 remix in my books

Giving us a totally new perspective to what gameremixes really are, with an astoundishing remix, I salute the composer.

This remix of the song "The Decisive Battle (Boss theme)" from the game "Final Fantasy VI" is a piece of art. In fact, it was so good, that I got chills down my spine, and that's never happened before.

Giving us a remix that's describing the boss-battle that well, and providing a artistic realism that Nobuo himself would be honored to hear, it's no wonder why this song is on this site, a "créme de la créme".

Good job Alexander *-* this is one of Uematsu's more synth-driven songs so it is hard to do...Atma would be on the top of that scale, and is probably impossible to make into a rock song (anyone take that as a challenge?) which I tried and failed (I've still not gotten a good enough remix to post here yet). Back on the topic though, this is one of my favorite (next to Little Painter Girl though very different) FF6 remixes now.

I'm basically reviewing all of my favourite remixes on the site currently... (I'll review something that isn't heavy rock next I swear!), so here we go again with another one of my favourites "Seized with Fury"!

The game itself really, REALLY bored me when it comes to Final Fantasy 6... but at the very least... it had a great soundtrack! This remix does what a few remixes can pull off and takes the original song... and makes it much, much better! Clip out a few sections of this remix here and there, and you'd get an awsome replacement for the original boss music! (I've actually seen someone do this for a game... it fit extremely well. Hehe.)

From fast sections, to slow sections, to more creative sections this remix continues to please. The dynamical changes are appropriate and can catch you off guard if you're not paying attention, as the song can very suddenly get much louder or much softer at any given time.

I would absolutely LOVE to see this remix performed live, even if it would be extremely difficult. You'd just have to leave out the intro effects... those would be kinda hard...

This is another one of those remixes I can leave looping for hours on end if I'm doing something fairly fast paced... it's also great to listen to when I literally am seized with fury. It lets me rid myself of the energy through the music instead of doing something violent. This song also succeeds in sending a chill down my spine and making my fur stand on end (Don't ask). This only tends to happen when I listen to songs that I particularly enjoy, so good job on this excellent remix!

As is the norm with the heavy rock songs I really enjoy... highly recommended to the rock fans out there, and highly unrecommended for the dislikers of rock.

I dig the Castlevania reference at 2:34! It is snuck in in a subtle fashion and fits well.

Aside from that, this remix rocks!

I loved it! The first part with the battle theme brought back some memories. Made me want to pop in my FF3 cartridge and open up a can of Esper woop ass

I dig the Castlevania reference at 2:34! It is snuck in in a subtle fashion and fits well.

Aside from that, this remix rocks!

Man, I had the opportunity to compliment house on this in person a little over a month ago and I totally forgot about it.

So I'd just like to say that this is the song I've been using, for at least three months, as the alarm on my alarm clock in the morning. That opening disembodied scream is perfect for getting me out of bed.

I thoroughly enjoyed this remix. I have been longing for a good rock remix of this track and this far exceeded my expectations.

I realize just now that I failed to mention just how thoroughly this shit rocks my socks clean off.

Made of awesome, sir.

I swore I reviewed this when I first got it, but I can tell you exactly what devices I have this song on:

In short, I'd have to say that I agree with the rating of 11/10 this game was given, and I hope house's brother doesn't take bragging badly. 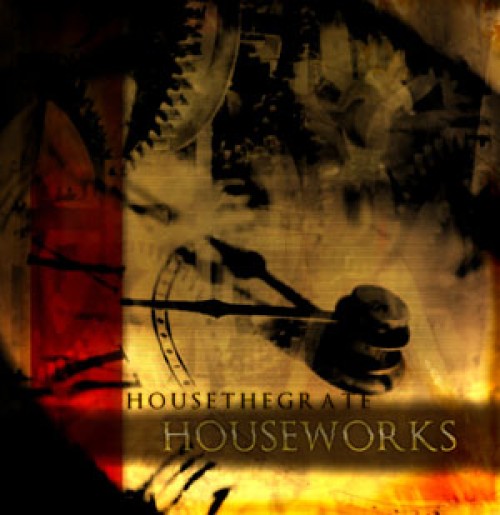