Just saw The Strokes in Glen Allen, VA, fulfilling the second of two New Year's resolutions, the first of which - completing my home studio by getting part of my basement finished - was knocked out a few weeks ago. I guess I'll need to either make mid-year's resolutions or just rest comfortably on my laurels until 2007; the latter sounds pretty appealing. Diggi Dis brings us a very different Mega Man 2 mix; initially, I was a little put off by the unprocessed and less than awe-inspiring strings, and was wondering why the drums seemed to be in different physical environment, processing-wise, than everything else, but it all eventually makes sense. Though judges cited it, I'm not sure myself if a better string sample would have fit as well, as the piece has a sort of kitsch to it as is that'd be lost if everything were overprocessed. Diggi works in Wood Man, Wily, and the End Theme all in one, and there's some truly fantastic soloing and transitions involved in getting from point A to point B. In looking over the panel decision, I think they spent most of their time on the string and piano samples simply because there's nothing else to criticize - upbeat drums are varied, you've got beautifully greasy rhodes soloing, a funky bassline, laser synth fx, absolutely stellar attention to panning + the stereo field, tight sequencing, and just a very polished feel. The ReMixer cares enough to make every last fill unique, employing temp changes, phasing, triplet stops, and other tricks at the end of almost every four-bar section, of which there's quite a few, given the tempo. This is a fantastic example of a mix that's been labored over and shows it, in the processing, instrument selection, transitions, sequencing, and total package. The mellow acoustic piano ends the piece on a perfect, bitterwseet note that ritardandos into lounge territory. At over five minutes, things never even begin to get dull, largely because DD brings his A-game and has a longer transition playbook than the Detroit Pistons. It's an aggressive piece that starts off a little shaky but only because you've probably heard a good number of pieces that start with clean piano and strings and never end up going anywhere or doing anything; Diggi has them accomplishing more than an army of Forrest Gumps, and the attention to detail again is simply superb. It's this last aspect that most impresses me and makes this one I'll return to often, because the ReMixer probably would have had his mix posted without such details, and he probably could have guessed as much, but he still went the distance and added the icing and the cherry and other accoutrements. Great, funky stuff from Frank.

There's a lot of rocking stuff here, but specifically the percussion is phenomenal. Crisp beats and good patterns make me a happy listening, and epiano and some funk certainly doesn't hurt.

This is the exact arrangement style that i love, with a huge attention to detail, and really solid arrangement. Production is ace as well; really everything about this mix is superb. One of Diggi Dis's best, and considering how consistent he normally is, it's definitely saying something.

Impressive. This is actually a really solid mix. My only complaint would not be the quality of the piano/string instruments, but their volume. I can barely hear the beginning and end of the song, and then the middle is quite loud. But quite good, too. The whole middle section, I loved. Not a huge fan of the slower parts, but one kind of gets over that with a varied, jumpin' midsection like this had. 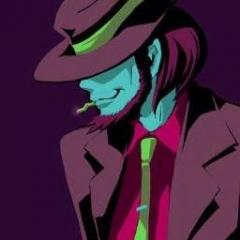 It's been playing almost non-stop

since I first heard it.

Though, if both you and your partner are well versed in appreciation of music, it could be well worth developing an intimate knowledge of Wily and the Deep Forest.

Your first time is going to feel like the section of the song that plays in 2:31 - 2:38. Now you know. (the timer on my mp3 app is a little screwed up, so that section could actually be somewhere else in the song.)

Everything in the song is nice, except for the sci-fi sitars that come in at 1:16. The melody instrument used later, taking over at 3:15, is much better.

haha, the string overlap in the intro is pretty terrible

however, the rest of the mix rocked harder than a lot of the stuff here

excellent work; made my collection easily

This remix started off a little too light for my taste, but I really liked it once it picked up around the 1 minute mark.

geat work! i especially like the variety in the fills. I particularly dig the triplets. nice job!

Well, Zircon and Vigilante have made some good posts. That's really all I was going for. Reason by the reasonings. I agree with you guys 100% (especially Zircon and the "familiar" samples) but sometimes I think most people can get a little lost in the production value and kinda forget that all of this stuff came from some of the worst, harshest sounding hardware from back in the day. Rock on.

I really liked this mix. Smooth transitions, nice drum work, except the obvious things mentioned before (which really don't take away from this song's awesomeness), this is a solid mix. I'm lovin' it.

I'm not sure what you expect...i certainly commented that the strings weren't great, and yet I hardly followed with the conclusion that due to the string sample, the track is excluded from the set of "Good Music." In fact, quite the opposite. I think this track is awesome.

This is obviously not the case in all corners of the community, but here at OCR we encourage our reviewers to include not only positive, but also critical comments.

For me, the string sample is one of very few minor weakness in an otherwise stellar track.

Lots of mixes are posted to this site that don't have great quality samples. Look at Rellik's latest mix, it's all FL default stuff. Chthonic's is pretty much the same way. Not to mention Dr.Fruitcake's mixes, and so forth and so on. I really don't think people like pixietricks or GeoffreyTaucer (or the other 4-5+ people who had a problem with the string sample, myself included) are saying that samples have to be perfectly realistic for a good song. That is obviously false. However, I think in this case, most people feel the sample is just not being used well, for whatever reason.

As you should know, the same quality samples can be used by multiple people, and different results can be achieved. Whether it's through different methods of sequencing, different approaches to production, layering, mastering, or whatever, it's just a fact. I think the good majority of people liked this mix. I definitely liked it. Nonetheless, that doesn't mean there still might not be a small problem with it.

Not a big fan of the intro, especially the string samples...

The strings leave much to be desired...

...the strings weren't really that great.

GET OVER SAMPLE QUALITY PEOPLE! KTHX!