Shael Riley, Malcos, and a posse of potent performers are proud to bring you Blood on the Asphalt: A Super Street Fighter 2 Turbo ReMix Collaboration, jam-packed with arrangements of every character's stage music and several additional tracks as well. You can find out more at the website, http://sf2.ocremix.org/, designed by Richter, or just get on with it and download the torrent post-haste, as I think you'll be feeling it. Even if you have no tactile sense whatsoever. Shael writes:

"Blood on the Asphalt is a tribute album to the music of Super Street Fighter 2 Turbo, its contents comprised of new arrangements of old, familiar songs from the original game soundtrack, created by various artists, unified along the lines of genre and tone. The arrangements contained herein have been designed to be evocative of dark, pseudo-romanticized urban imagery: abandoned playgrounds and crowded street markets; back-alley block parties and hole-in-the-wall bar dives, scenes that are, I hope, befitting of a tribute to one of the most iconic games in arcade history."

It's worth noting that this is essentially a Street Fighter 2 project, a Super Street Fighter 2 project, AND a Super Street Fighter 2 Turbo project, and probably other incarnations as well, since the score was essentially shared by each iteration, so Shael's "iconic" label is primarily targeted at the original SF2. It's also worth noting that this debut track from Vurez is probably the least dark and urbanized piece on the playlist, but it's also a kickin' jam and goes where no OC ReMixer has gone before in covering T. Hawk's stage music. Ahh, T. Hawk... you have to at least applaud Capcom for trying. They certainly had national and ethnic diversity as an action item when they left their pre-planning meetings and prepared their TPS reports. Whether those of Native American descent felt at all represented by this large man with tight jeans who insisted on jumping far higher than he should have been able to and swooping down like a bird, we'll never know. I personally felt some peyote-oriented attacks, maybe something where he bludgeoned his opponents with a peace pipe, wouldn't have crossed the line of acceptable political correctness, but no dice. Regardless, he did have some catchy musics to accompany his Southwestern antics, and Vurez has taken said song and turned it into an A-grade spaghetti western soundtrack that Morricone himself would be proud of. You've got low tremolo electric guitar, hand claps, various brass (with various articulations), violin, requisite acoustic guitar solo, the 'whistle' sound from The Good, The Bad, and the Ugly, and even some chanting and singing. Not sure if that last bit is sampled, recorded, or a mix, but it integrates very contextually. This arrangement is a match made in heaven for Vurez, who is particularly adept at believably putting together large ensembles of instruments that are all appropriate to a given genre and both sequencing and mixing them with cohesion. It doesn't hurt that he has a seemingly endless smorgasbord of stellar samples in his arsenal, but samples are not guarantors of success, especially for an arrangement like this, that so relies on articulations, timing, and a knack for knowing what goes where. It pays dual homage to T.Hawk's composers and to Ennio Morricone and other spaghetti western composers that put together scores of cheesy but very musical theme music for Clint and others. Vurez continues to impress with his versatility, and I think you'll find that the overall project follows suit and is brimming over with creativity that pays musical respect to one of the most important games of all time.

This may be my favorite remix from the entire Street Fighter franchise.

This is great! I love the sort of flamenco + spaghetti western atmosphere it has. There're a lot of things mixed together: hand claps, guitars, brass, vocals, whistling, bells, violin and vaious percussion and so this mix has no reasons to be bad. Super creative and mega delicious!

First time I heard this was the SSF2THD version, and I enjoyed it. But the Blood on the Asphalt version is where the mixer's vision really shines through.

Vurez knows his way around this style of music, so no complains here. The samples are also quite strong in this, so the track could very well be in a real spaghetti western movie.

Surprised this doesn't have more comments, and a comment by me either - I have to say that this may be one of my favorite songs on the site, and I wish it got more attention. It really has a Mexican flair to it with the guitar flamencos, and the strings trumpets accentuate the atmosphere greatly. The vocals are also tastefully used in a similar manner.

Overall, I believe this to be a must listen on OCR - it's hard to really hate on this track.

Ah, the flamenco is here. Not without a healthy does of the spaghetti western thrown in for good measure. The mens group singing was really entertaining. Almost has a native american quality to it. Very ethnic, for lack of a better work. Actually, strike that, this piece is very cultural. Even though it's steeped in the flamenco/mariachi style, Don takes this in a lot of different directions. I loved the trumpet. The sound of it was fantastic. Don has QUICKLY grown tremendously as a programmer, and I praise him for that. Hahaha, the whistling is totally brilliant. This is what I would expect to hear in a Little Big Planet level. Don, you keep raising the bar for yourself, and you continue to meet and surpass it. Very nicely done!!

Wow, now this is cool! I can hear the western influences, and it does take me back to things like G,B and U. Glad this was used for the album and it's really done well. Great job!

This is another one of my favorites from Blood on the Asphalt and one of the few mixes that,for what it is and where it came from, I consider a very rare gem.

Great work and I'm glad that this is in SSFIIHDR.

This is quite an exceptional mix, in more than one sense. For starters, the quality of sound is well above average, and secondly it is a great representation of how successful novelty genre mixes can be pulled off. Whenever I hear someone say "It's Dire Dire Docks in the style of rockabilly" or indeed "T-Hawk's theme in a Spaghetti Western style", I balk and say "Why? Why not just create a unique style with a combination of inspired ideas that lets the melody flourish on its own accord." 'New Mexican Thunderbird' is the reason why I'm a listener and not a mixer. Because I would never have been able to foresee how well the theme is manipulated to suit the Western musical persona. The vocals, whistling, strings and percussion are cliche but in the best way possible, and I'm positive this piece would have been half as enjoyable if the novelty wasn't taken to the extreme imitative territory that it does. Extra kudos for those vocals.

Even though this sort of broke with the urban theme of the rest of the SF2 album, it was really, ireally/i good. Just perfect for T-Hawk's stage. Vurez is great at evoking a certain atmosphere with his remixes, and all the extra effects and arrangement choices he made here worked out to accomplish just that. KF

If you read Shael's post in the beginning of the thread, this mix did not break the urban theme. Shael said he realized through this mix that the concept of "urban" was even broader than he realized.

Though it did raise some initial concern about keeping the album consisitant in its urban tone, it ultimately won me and other concerned parties over. It ended up being the reason for me going into my write-up and adding into the examples of images that songs from this project were intended to be evokative of "crowded street markets," and I don't mean to say that this track brought to the project's theme any compromise. Rather, it expanded it in a way that included a tone which, while remaining consistant with the project's theme, I'd overlooked previously. A number of tracks did that, and they ended up being some of my favorite tracks on the album.

Even though this sort of broke with the urban theme of the rest of the SF2 album, it was really, ireally/i good. Just perfect for T-Hawk's stage. Vurez is great at evoking a certain atmosphere with his remixes, and all the extra effects and arrangement choices he made here worked out to accomplish just that. KF

This is my first post here, as I've just discovered this site this morning. "Blood on the Asphalt" was the first of the OCR projects that I listened to, and I loved it. This particular track was a standout for me. It did a terrific job of painting an image (even if it's not the image originally laid out for the project) and really captured the essence of the Western sound. It's a really epic piece that makes me wish I had a sweet sunset to look at across a sandy flatland with a real big manly looking belt around my waist.

This is a high-quality mix with a lot going on. I think my favorite part is the chanting--I'm impressed the remixer did his own vocals. Maybe my affection for this track hearkens back to the days of watching spaghetti westerns with my dad, but regardless, it's a melodic piece that makes me happy, and that's what counts most to me.

Kindof rare to see a project mix with so few comments, and it's too bad, because this mix has some awesome elements which make it really unique, and very well done. I think the issue is that even though it's a very well done mix, the genre isn't the most popular, and may come across as cheesy to some.

The vocals and brass are phenominal, as is the percussion. I really like this one; it has a distinctive sound that sounds very authentic.

I encourage everyone to check this one out; super high quality stuff.

What can I say but very well done, very enjoyable.

I'm also a fan of Ennio Morricone and Spaghetti Western music (like Once Upon a Time in the West) - and thought this track captured the essence of the genre.

The vocals really took the track to a new level - well done!

One of the best I've heard,

I am amazed,astonished,astounded, and all together affected. I love the western gun-slinger type feel this remix has. It seriously makes me feel like I want to ride a horse into the sun set, and have an inevitable show down with my greatest foe. Also it kind of makes me want to karate chop things and have sword fights and and .. uh anyways.. this remix may seem abstruse compared to the others of the same project, but don't let that turn you off! This is kickass, 10/10. 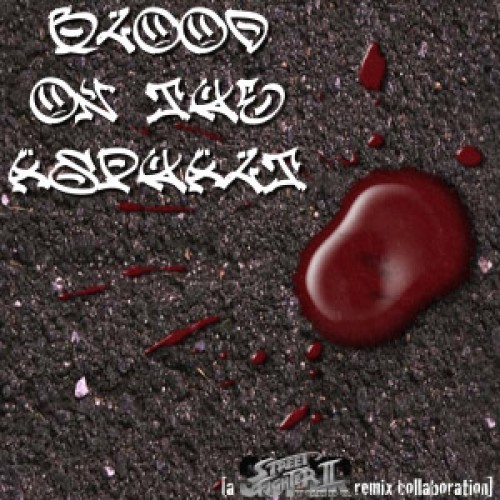