Mr. Ansari, who not coincidentally also gave us our first Metroid Prime ReMix, returns to the world of Samus Aran yet again, this time breaking new ground with an arrangement from MP2. Perhaps we'll see him threepeat next year when MP3 hits the Wii, but in the meantime Echoes gets the Darkesword treatment with this primarily mellow soundtrackish piece that blends delicate piano and mono/sine synths with oboe, orchestral percussions, strings, and most notably an industrial percussive effect/scratch that sounds like it could have been borrowed from Trent Reznor's personal sound library, but jives well with the rest of the ensemble. There's elements here, particularly with the gentle piano and delayed, cross-panned sine synth that channel Wingless at times, but this scratch effect and numerous other details definitely give it that distinct "Shariq" vibe. There's a heartbeat of sorts in the hi-hat pattern, panned right, that stays steady throughout the arrangement (might have been fun to vary it up all the sudden towards the end, for a more climactic percussive track), on top of which elements are subtracted and added in logical but creative fashion for the 4+ minute duration. I'd actually like to see Shariq add more edgier, industrial components like the afforementioned scratch effect; his sound has historically been on the shimmering, pristine side, and that's worked quite well to date, but it'd be interesting to see where he could take things in terms of more unorthodox DSP and aggressive texturing. Perhaps this represents a step in that direction, but even if it doesn't, it's very atmospheric, extraplanetary work that functions effectively in this specific context. This is a mature, moody, and very textural mix from Darkesword, which suits the source material perfectly and gives Kenji Yamamoto afficionados yet another gem.

Wow, the atmosphere here is really great - there's something very light yet tense to it. The abrasive percussive textures, which give this mix a bit of industrial vibe, are abolutely amazing, the glassy piano licks and soaring synths are great too. It's really a little different from other Darke's Works, but it's pretty cool nonetheless. Nice!

This mix is an absolute masterpiece. The blending of the melodies, and the improvisation, are nothing short of masterful. Makes me a little misty-eyed, in fact, it's so beautiful. I'll be keeping my eye on other DarkeSword mixes.

Really good remix here. I feel like the bass level may be a little strong on each pluck, at least on the low notes. It's doesn't bother me as the goes on, though.

My favorite thing about this song is how every just melds together so well. The acoustic synth mixture just works so well, and is addicting to listen to.

Again, really good mix. Thanks for making a Metroid Prime 2 mix, too. It needs more love!

While more dense than the game soundtrack, this track would sound completely at home in the game. One of my favorite on this site.

Totally agreed with everything Lemming 1545 said.

I have the original Torvus Bog song on my computer, and I love to just listen to it. This remix just takes that song and amplifies everything that I liked about the music.

Some of the strongest stuff Shariq does is the heavily arpeggiated textures like he starts out at 2:06. That kind of thing really captures my attention, and the way it builds is excellent. This is one of my favorite DS mixes on the site, be sure to check it out.

ahh, i have been too lazy as of late to plug my external HD back into my computer, so i've been doing without torvus clockwork. But I was sitting here just 4 minutes ago thinking and the song was playing in my head - it was like the telltale heart, i kid you not - so i plugged it in immediately and gave this song a good listen. Probably'll give it a few more, too.

Mmm, that would be a bassoon. The lack of strained vibrato typified in non-synthesized bassoons in the upper register threw me off; makes it sound like a mellow classical soprano sax.

On the whole, this remix works better than the ones done for the lower Brinstar/Maridia (Super Metroid) as I think it better captures the mood that the original themes were meant to set.

It's not an oboe it's a bassoon.

Correct me if I'm wrong, but what's described as an oboe synth patch seems far too mellow to be an oboe (or even an English horn). It sounds more along the lines of a soprano saxophone.

That said, this is an excellent mesh of the two Torvus Bog themes.

This is great. From that opening bass line to the end is just awesome. The drums are pretty sweet too. I like how similar your instrumentation in your Metroid Prime remixes is to the instruments in the game. Sounds great. Thought about doing any more....? 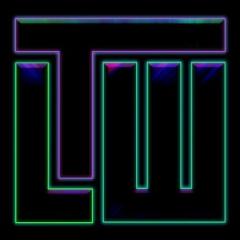 I downloaded this remix 2 days ago, and Ive already listened to it 21 times,

And about the subtleties Idk how you can find pieces from LoZLA...(KogeJoe's find)

Anyways...I love it, and I'll keep listening to it again and again.

Much like Phendrana Drifts was my favorite music track in MP1, Torvus Bog was my favorite in MP2, and I find it very convenient that those happen to be the only tracks that have been mixed for their respective games, and that Darkesword did both of them. XD I like this mix, it really keeps the feeling of the original without being the same.

I'll find the subtleties I want, thank you very much...

No but great re-mix man, I really like it.

I have had Metroid Prime 2 sitting in my room since it first came out, but I guess I've lost interest, since I never got that far... I'll have to pick it up and start playing again.