HomeReMixesManiac Mansion: Day of the Tentacle "The Great Tentacle Pianist"
|

ReMix:Maniac Mansion: Day of the Tentacle "The Great Tentacle Pianist" 2:26

More from Mazedude's American Album project, this time from the LucasArts cult hit Day of the Tentacle, a sequel of sorts to the more widely-known Maniac Mansion. Intrepid cosplayers dressed as tentacles from this very game actually attended our panel at Otakon this year, one of whom won our impromptu contest to whistle three themes from Zelda 64 and thus got to hug judge and VGDJ co-host pixietricks. Chris writes:

"Well, in case you haven't noticed, I've released a "Special Edition" of my American Album. New tracks, new artwork, and other bonus features. In celebration, I hereby release my personal favorite of the new music to Overclocked Remix. The first "Day of the Tentacle" remix to grace the site, and Mazedude's first solo piano remix. I love the mental imagery of a tentacle playing the piano. :)"

Very Seussian imagery, imo. Getman's Special Edition of his American Album is well worth checking out - the original was excellent in both concept and execution, and in this case "Special Edition" doesn't mean adding in Jar-Jar Binks and making Han shoot second, but rather throwing in some tasty new tracks, artwork, and other bonuses. Perhaps more important than this being our first track from AA:SE, or even from DotT, this is indeed Chris's first solo piano mix. Mazedude's been mixing awhile, so it's great to see him still breaking new personal ground many years later. Andy writes:

"I can easily imagine that evil purple tentacle banging himself against the piano keys. It's just loads of fun, and needless to say, a great arrangement. Like your Earthbound "Battling Organs" mix, this might not appeal to everyone because some of the notes and rhythms seem off. However, I see that as a creative choice that works well - not a problem at all. Great stuff."

"Off" in this case translates to dissonance, which there's quite a bit of. Not sure if there's too much rhythmic anomaly going on, at least that I could detect, although it's certainly not a consistent, toe-tappable tempo. At just under two and a half minutes, it comes off as more of a soundtrack/sketch piece - the type of piece that would accompany the introduction of a quirky character in a Tim Burton film - than a full-fledged overture, but it's still substantive enough to say something, and develop while doing so. I don't usually harp on piano samples, but in this case something with a markedly different multisample on lower velocities would have helped, as the softer notes just sound like louder notes with the volume turned down; it's fairly loud playing throughout, so it would have been nice to get more contrast with the few quieter bits. Still, for a first stab at solo piano arrangement, it's original, memorable, it's from a previously unarranged game with a fanatically rabid cult fanbase, and it lives up to the high standard Chris has set with his previous efforts, so it's solid stuff with character to spare, any way you cut it.

This arrangement is awesome! Musically really interesting with so many dissonances and its so particular atmosphere. And it's virtuously played!

I'd love to see a sheet music of that

Ah this one is scary :u

This is sort of a Mazedude meets Shnababula arrangement, which is basically a divine marriage. I can't really fault anything about the mix in general, but I do find it strangely funless to listen to. It has nothing to do with the piano or the source melody; it just doesn't push its light tone hard enough for me to really get into the swing.

I know what people mean when they mention the mix's dissonance, though I wouldn't describe it that way. There's an element of not travelling down expected avenues, which can frustrate some, and it does ultimately confuse the feeling of the mix. It seems caught within the philosophies of Mazedude-wackiness and Shnababula-improv art without hitting the mark of either.

Technically, I love this mix. But the concept could have been honed a tad.

Loved the game and this remix is just perfect. It captures the feel of the game really well. That craziness with humour but the overshadowing darkness of the world and all of time being in danger. The playing is just beautiful, no other way to put it, its just beautiful.

Dissonance? My ears don't pick that up - the keys flow vibrantly together and manage to juxtapose different elements in ways that feel RIGHT. Loud and quiet notes, up-the-scale runs, blood-related melodies, various detours - they're all melodically sound by themselves and among present company. The mood is stretched and molded so vigorously that I feel like I'm watching one of those vintage cartoons led by a hectic plot. Essentially, the madcap essence is strong, but it's executed with finesse.

And yes, it would be awesome if the purple tentacle belted out tunes like this in the game (although he'd still need fingers

I usually listen songs online and will never download them but this time, I downloaded the song for its melodic way of music.

This mix is... strangely upbeat for some reason and I don't know why... (Gasps) Was this Purple Tentacle's master plan all along!?

But really, I can't help but find this mix a little on the comedic side. I could just imagine Purple Tentacle pounding out this tune on the piano and getting the keys all wrong. Even though the piano was a little on the mechanical side, I still found this mix enjoyable.

No doubt it's Purple Tentacle's plan to take over the world with finely wrought piano mixes.

Piano is one of my favorite things, however thid one sounds out of tune, but maybe its the heavy use of the extreme high and low keys that throws me off still the man can play and that counts for a lot.

Pretty energetic stuff for a piano piece, I could imagine a tentacle from the game playing this. It sounds very aggressive and bold, but something sounds off about the piano sample. Maybe over-quantized? It just sounds super synthetic to me.

It's well done, but for whatever reason I can't really get into this one. I'm not exactly sure why, but it just feels extra mechanical to me. Sorry dude.

I love it.. I always wanted to hear remixes of this games soundtrack.. the wrogn notes are actually the way the way they were in the original game XD

I do wish for more though .. there are many games like this that dont get remixes at all although their music, as zany as they were, been imprinted in my mind forever ^__^

as a PC gamer in my childhood I heard more of those than I did for sonic, mario or final fantasy.

I'm a bit disappointed, but this might be because I know dott songs and Mazedude's works well. Many of his songs were really ass kicking, like one of my favorites, the wonderful Wolfenstein 3D Nazi Requiem I can only highly recommend!

This piano song is a funny remix, still there are in my opinion too many wrong notes in the beginning of the song... much better from the middle of this remix to the end!

This thoroughly entertaining piano interpretation brings back some good memories.

Hooray for dual-booting Macs! I can still play it!

Oh man, I am deeply in love with this remix. DOTT was one of my favorite games, and this captures that manic, off-kilter feel of the game perfectly. All the dissonance just works perfectly with just how unique and stylistic the game was to begin with. I can picture this playing during the opening scene with the car so easily. If there was no dissonanec I don't think it would really keep the spirit of DOTT, and this captures it beautifully.

I think you know what my verdict will be on this one.

Once you get past the fact that there will in fact be a lot of dissonance, this is quite a treat for the ears. There certainly is a lot going on this mix. It really does give an impression that some times a large tentacle is banging itself against the piano.

The end is quite anti-climactic, but a nice tease instead of a cop out. 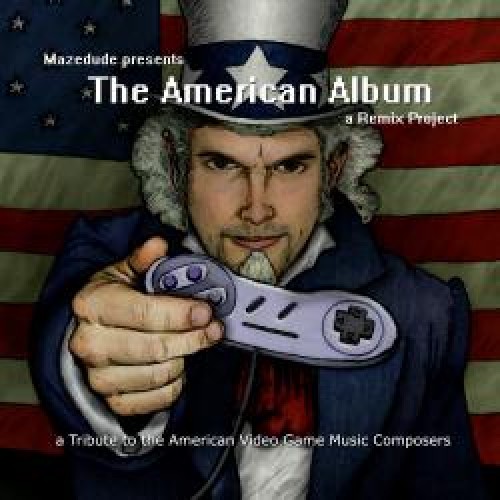