Alrighty then, lads and ladies. Without further adieu, and with a longer layover than perhaps anyone expected (but well worth the wait), I'm proud to announce the debut of OCR's latest site project, Project Chaos: A Sonic 3 and Knuckles Arrangement Album. This one's been developing for quite some time, initially under the leadership of kungfuchicken (Mike Penn), but transferred to the beveragemeister himself, herr SnappleMan (Andreas Kotsamanidis), halfway through. Regardless of delays and hierarchical musical chairs, I'm happy to inform you that the end result didn't suffer one bit, and is truly some solid stuff - Christmas (or the endyear wintry celebration of your choice) comes early for not only Sonic fans, which is a large enough demographic to begin with, but anyone looking for some kicking, rocking, jamming, slamming musical goodness. That's not hyperbole, either - as the following tracks will demonstrate, these guys and gals have pulled out all the stops and made some fine, fine hedgehogian and echidnian compositions. You can check out the whole enchilada over at http://s3k.ocremix.org/, or download the torrent directly.

Now, on to the first posted mix, to try to bring some order out of this Chaos. Laugh. The last time Mr. Baranowsky deigned to grace us with his magnificent presence was August of last year, interestingly enough, on the title track for the Dark Side of Phobos Doom project. Has he perchance become a project-only mixer, sweeping in during the hubbub of release days and striking like a ninja, then receding into the veiled darkness from whence he came? Maybe, or maybe he's just busier these days. Now he's taking on the same theme that Rayza got all old skool 808 on us with his SonikElektronik mix. This is quite a bit different from that piece, as Dan continues to show off his versatility as well as his vocals. What, pray tell, is a "knuckleduster"? I confess to having had very few occasions in life where I felt the need to dust my own knuckles, personally, but if this is the type of music that the occasion demands, it must be worthwhile maintenance. Dan REALLY plays with the syncopation of the core underlying groove, which intros in a lo-fi format and sticks around, joined by bongos, strings, heavy vibrato B3 organ, piano and a funky mixture of acoustic and electronic percussions. PLUS, Dan's vocals, and man, did he take it to the bank and then some on this one. Levels are a little low, but the vocal style is something that's brand spankin' new to OverClocked ReMix - a more growly, shouty, soulful, occasionally falsetto style that took some real cajones to even attempt in the first place... and it's awesome that he pulls it off as well as he does. This to me is risk-taking and innovation - it's the type of thing I really love to see, because it puts the ReMixer in a position of vulnerability but at the same time is the best way of expanding what's possible with the form and concept, and of opening doors for others to follow suit. I kinda felt like Taucer and I did some of that with Town Life, I feel like Dan's doing it here, and I'm really excited about the future, given some of these new directions I think game mixing can be taken in.

Production and performances are great, but it's the concept here that shines through; there's rock, reggae, classical, jazz, and other influences going on, but far from being an ugly chimera, Dan's created a funky, soulful, and at times beautiful amalgam. There's nothing like it on OCR, and it works, and that alone makes it special, but it also happens to be a great track from a great ReMixer who's got a long, sordid history of taking challenging concepts and giving them wings. It's also Sonic, which is all some people are gonna need to know, but hopefully everybody will recognize that, regardless of what game this came from and even the project affiliation, Dan's done something pretty different here, and it's just... cool. That being said, there's quite a bit more where this came from, so check out Project Chaos post-haste.

Here's an animation that someone had made to the song. Danny B had posted about it several years ago somewhere else on the site.

Ah, this is so much classic. This is just so ridiculous, but so groovy and even soulful. Excellent vocals and synth and organ, but I like piano here most of all. And also I like percussion in the 2nd verse. Nice outro as well.

This is ridiculously over-the-top and bloody fantastic at the same time.

I can't help but smile every time I hear Dan's vocals.

Fun and catchy stuff, I almost with the backing track was even funkier to match the vocals. The organ was great, the synths were nice, and it was pretty groovin.

I really like this one--it's unusual, sure, but it works perfectly.

Whenever I hear any variation of the Mable Garden Zone theme, I always hear your voice in the background, which ultimately is a sign of a great mix.

You did an awesome job, and keep up the good work.

Argh, I cannot hear it, but I want to.

Wrong codec or what?

After I read the "I heard the singing and then deleted it" comment, I felt the need to register and post here (most likely for the first and last time) just to say that I fucking love, love, LOVE Knuckleduster. It's the most different, daring song in the entire project and the vocals are amazing! Dan can fucking sing, man.

Anyone who doesn't like it needs to diversify their tastes, haha!

When one decides to use vocals in a remix it tends to either make or break the song. It's risky, but DannyB is no stranger to risk. This wouldn't have sounded half as interesting without the vocals, not by a long shot.

I musta got this song months ago and I still absolutely love it. It is definitely one of my faves on this site and I often find myself humming it, haha~

All I can say is: it's so cool it makes me dance.

There I made it short.

This the first remix I've heard that I actualyl liked the vocals. They fit perfectly, and that NEVER happens, in my experience.

Yeah I totally agree, I rarely find remixes with vocals that I enjoy or fit well. With this one, it just seemed right. I know there are a lot of conflicting opinions, but I really liked it. That last verse tied it together (know you're a...), I find myself coming back to listen to it over and over again.

Another guy who thought his singing and lyrics were cool...

The singing is rather...unique, but that's what makes this remix so great in my opinion. It's one of the catchiest I've heard in the last couple of months, and that is because of the vocals (thanks for the lyrics, btw).

Also, the piano is amazing.

I'll state a simple fact. Usually remixes with vocals wind up layering on the cheese, and I mean extra-thick. This mix didn't. And not only that, I really liked it. This is probably one of my top 20 from the whole site, much less just the project.

I've gotta know
Who takes a life for free?
Some kind of man,
I know would tell her openly

I'll ask again,
Please, is there anybody free?
A foreign land
Why won't they speak to me?

Know you're a knuckleduster
And you're caught in a relapse now
With eyes half open and a trail of head crumbs,
Tell me again where you are from. 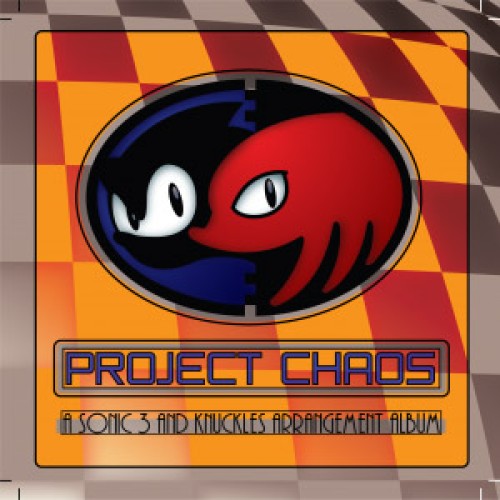