2007 was SUPPOSED to be the year that I returned to my more prolific ReMix release schedule from days of yore. In actuality, I do have seven or eight works-in-progress sitting around that I need to just FINISH, and up until Andy approached me with this project, my Tifa mix was one of those. Yes, I was actually working on this before the project was created; it was simply fortuitous that Andy invited me to contribute and I already had something in the works. This is my first ReMix collaboration - though Town Life with Taucer was released in July of last year, this mix was already in progress at that time, and Jesse had already visited to record the guitar part. That's a whole story in and of itself, with great imbibing of strong substance and IRC shenanigans, but from a musical perspective, it worked really well. I had a rough sketch of the melody I was looking for, and Jesse worked around that with several permutations. It was a pretty fluid and expedient collaboration, perhaps because we chose to postpone our revelries until AFTER we had finished it.

So, what was I trying for with this? Well, for starters, I love the Tifa theme. I tend to like dominant, memorable melodies, and Tifa's track definitely fits that description, so I was drawn to it. As many of you know, one of my personal goals that I also love to see other artists doing is trying to work in multiple genres. I didn't really have anything on the site yet that represented a truer approach to what I'd call "jazz", and I was inspired to create something in the style of Neskvartetten, whom I deeply admire and respect. While the Tifa theme has wonderful melody and harmony, it's rather static rhythmically, with a constant, quantized feel. That's specifically what steered me towards jazz - I wanted to hear this great melody that Uematsu wrote injected with some rhythmic playfullness. The title, "Short Skirts," alludes both to Tifa's fondness for rather skimpy bottoms (I ain't complainin') and to the concept of doing three consecutive brief variations on the main melody. Jesse's jazz guitar is first, then a duet of sorts between vibes and EP, then finally organ with a drum dropout.

The reason this took a hundred times longer than it should have is that Jesse did perhaps too good a job on his part - after the guitar solo, I was stuck with what to follow with. I finally decided on vibes, but it wasn't until I added in the EP doing a sort of call-and-response bit and livened up the drum track (all parts recorded live into sequencer) that this decision actually started not sucking. From a tonal and rhythmic complexity perspective, I think this is one of my best and most mature ReMixes to date. The cello plays a key role in flying over the underlying, interlocking parts with legato passages that ascend and descend. I had a blast doing drums for this - there's lot of going ahead or behind the beat, particularly on the vibes section, that all would have been lost with any sort of quantization. Quantum Leap Colossus was used for almost everything you hear, and is a great library for those looking to do jazz arrangement in my opinion.

I'm so glad to have been part of this project. When I listen to the other tracks this mix is side by side with, I'm honored to be in such company. I feel like Jesse and I added something different to the album, but something that fits in, too. This arrangement was a major headache for me in terms of finding my focus and coming up with a second half that I could really get fully behind, but - while it's not as accessible or immediately catchy as my other stuff - I feel like the end result is some of my strongest work yet. I'd like to thank Jesse for the excellent Scotch he brought along with him and a guitar part the arrangement couldn't have lived without, Nobuo Uematsu, Neskvartetten, and Yo-Yo Ma for inspiration, and Andrew Aversa for inviting me onto the project, letting me do the artwork and website, and for putting together a project that shows the very best OverClocked ReMix has to offer. 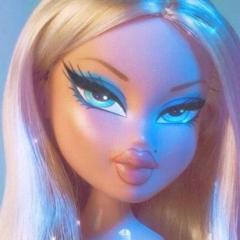 I can't believe it's been 15 years since I first listening to the Voices of The Lifestream album! This was def one of the top tracks, along with Deliverence of The Heart, Scenes From a Memory, and No Such Thing As The Promised Land. Really love what they did with the guitar on this track!

The meandering drums give a nice laid-back feel and that solo is indeed very good. The EP is also great, love the filtering. I thought this mix wouldn't fit my taste but I enjoyed it, so good job.

I really love the direction djp and Vig took with this track, creating a smooth, sultry feel. The cello and guitar make for interesting sounds in a jazzy track, while the keyboards provided some good in-between material. I also like the drums; there's a lot going on there, especially in parts like 2:52. Awesome mix!

A very solid track here. The drum intro itself is already so awesome, that I was totally sold. I like the varied mood of this mix: from deep and serious it changes to something almost upbeat and playful. The instrumentation is also damn great: acoustic guitars, strings, EP, mallets and dat drums. Drums are especially awesome 3

Wow, this has to be the most awkward way of getting a reply by an admin (the freaking head honcho none-the-less) that I have ever seen...

It's understandable. Not only is it his site, it's his remix.

Without going into excruciating, or even somewhat awkward, detail, can you provide a bit more info?

Wow, this has to be the most awkward way of getting a reply by an admin (the freaking head honcho none-the-less) that I have ever seen...

The video didn't credit you or this website either. Not that I remember at least. I am not a member to that website (or any such website for that matter), so I can't tell you if there is mention about the copyrights for the music elsewhere, but I wouldn't count on it. Seems like some low budget erotica website trying to take free music and use it as if it were under public domain. Might be something you would like to contact them about. I am not about to provide a link, but you should be able to google the website if you are going to take action against them.

I love the mix, but eroge-worthy? I don't quite see it. Then again, this is a TIFA mix, being used by a website called COSPLAY Deviants....see what I'm getting at here?

Without going into excruciating, or even somewhat awkward, detail, can you provide a bit more info?

Such a fantastic jazz interpretation, I love the percussion throughout in particular - as you said, there's a vast amount going on. Every section compliments the overall arrangement...brilliant, one of my favourites on the site. Many thanks!

My brother DL'd the Voices of the Lifestream set, and I picked my way through them all to make a playlist about 1 1/2 hours long. At the top of my list? 'Short Skirts.' This song is radio worthy, my friends. It's incredible. The sheer talent exhibited, the cheeky title, the call-and-answer between the various instruments...I tell you, I listen to this mix at least once a day. It's relaxing, upbeat, and turns a pretty little theme into something amazing and mature. Job done extremely well you two! You're the reason I finally signed on to the website.

I've been trying to write lyrics to this song for almost a year... This is a really good track. Just so everyone knows, the youtube preview doesn't do overall sound quality justice. Especially with the bass line. Vigilante has some great really moving riffs in this song, but the leading instruments are always overwhelming for me BUT that could be cause by the fact that I like to write lyrics, so I kinda cant share the space. Still, this song has, many of times, given me chills. Its just a nice groove with the melody and the progression(s). It is all very well done.

Your track is fantastic. To me, it's a masterpeace. I've never paid attention to the original track. I think it's a bit boring. But your version is wonderfull. I love the jazzy sound it has and you mange to put peace and even sadness in it. A call to introspection, it's extremely rare (even in remix whch are too often tasteless tecno-remix).

THANK YOU SO MUCH for this track

I could listen to it an entire day ^^

carry on your good work, I'm found of it

A very laid back and relaxing remix, this really is one of my favorite songs on the album and l feel that its a great accomplishment.

I love the cello part throughout the piece.

The piece sounds like a bit of what I like to call a "jam-session" maybe cause of the drum in the begining that sounds like a door closing or maybe by the staggered entrances by the different instruments, either way I love it all.