Ladies and Gentlemen... The Megas! If video game cover bands could be called "concept" bands, then The Megas are a concept WITHIN a concept (METACONCEPT!), as they focus specifically on Mega Man themes with original (kickass) lyrics + vocals. I suppose in Japan they'd be "The Rocks," which is equally appropriate, because... they do. Sayeth their website:

"Since the year 200X (4), The Megas have strived to bring a message from Dr. Light to the people. They have chosen to transmit that message, the tale of a small blue robot named Megaman, directly into the eardrums of the general populace through the power of rock."

So, I suppose a more accurate label would be, "Evangelizing Disseminators of the Good Word of Dr. Light through the Power of Rock," but that's a bit unwieldy. The group released their first album, Get Equipped, back in January, and actually subbed this mix a long, long time ago in a galaxy far, far away. It was 96Kbps/22Khz though, and both our standards and our consciences dictated a better quality version be posted. When spreading the Gospel of the Church of Capcom, you gotta go tell it on the mountain, over the hills and everywhere... and that requires fidelity. Larry was about to mail them since their album had come out, but Greg Schneider of the band actually got back to him first after all that time had passed and sent in this newer, shinier, far more Mega version of a truly kickass track. The lyrics here by themselves are a draw: if "I will fly high above Monsteropolis / and I'll rain terror down on the general populace" isn't the anthem of a new generation of disenfranchised, angst-ridden supervillains, I don't know what is. Plus, you know... it rhymes good. Ala Ginsberg w/ The Clash on Ghetto Defendant. These heroic messengers were actually interviewed on the same episode of Game Music Radio that Jill and Andy were back when they were doing VGDJ; small world. For me, this definitely conjured memories of Game Over's breakthrough track in terms of context-relevant original lyrics and vocal style. On the latter point, specifically you've got call-and-answer tradeoffs, some spoken material, and harmonies that reminded me of that mix. This is equally as epic, and the Mega-phone effected sermon of pure awesome that begins at 2'19" is a fantastic add that builds with intensity, leading up to the aforementioned Monsteropolis mantra.

VGM bands seem to be popping up all over the place, and getting a good deal of exposure while they're at it, but it's cool to see that trend resulting in some diversification. The Megas may not play from a very diverse setlist, given their Mega Man focus, but they're doing something different in terms of emphasizing original vocals and lyrics and taking on a sort of LARP persona as agents of Dr. Light, spreading the oral history of a beloved and popular franchise. There also seems to be something about Mega Man's whole universe, including its music, that lends itself well to this sort of focus; recall Project X, for example. I'm not sure whether the same concept would work with other games, but it's definitely working here for The Megas. Check out this ReMix, then check out http://themegas.com for more.

Absolutely love the Megas ReMixes and work in general. The lyrics fit Air Man so well, puns and all. This type of rocking arrangement is great for this source and the overall arrangement for this ReMix is damn near perfect. I've listened to both versions of this, but either way, Air Man gets justice with this song. Awesome stuff.

I hadn't listened to any OC ReMixes for ages, and just this evening I've been perusing random ones, and I stumbled back upon this one which I used to listen to all the time, and it still sends chills down my spine.

So: yeah it's pretty awesome

As a semi-direct consequence of this, I went out and got the rest of the album and haven't regretted it.

But this (and the rest) are truly awesome songs. What I love is how they greatly expanded the robot masters' personalities, turning Airman into a pained being bent on destruction because of how his design curses him to live a life of forced solitude.

This is one of those mixes whose depth of enjoyment isn't just limited to mere musical arrangement but to the philosophical expansion of a personality of a character, in this case Airman from MM2.

This piece comes so highly recommended.

To me: I don't know how this ReMix achieves "being so emo that it's not emo", but it does. Every time I hear it, I want to dance and laugh at the same time.

it definitely succeeds in creating a blaring rock rendition of a Mega Man classic, and also developing a lot of personality at the same time through the lyrics. I always find sympathetic perspectives of villians really interesting, so the mix (and the album) was always destined to be right up my alley.

While I wish the sound and the vocals could have been richer, what's here does the job well. It plateaus in intensity quite early, which isn't exactly a problem, especially since it is capped off with the terrific accompanied spoken section. It provides a nice ending and incorporates the build structure that the majority of the mix lacked.

I would say the end section is crucial in allowing this mix to be more than just well-produced rock with some conceptual garnish. I'm pleased that it's much better than that, as I'm sure a lot of people are.

I love this song

I'm not to fond over his voice, but it's ten times better than I sing so it's all great... The lyrics are really great at times and at other times, not as good.

"Do you know, what it's like to be built this way

with only the power to push others away"

The drumworks in the song could definatly be improved. The pace of it sometimes goes from slow to fast at a not so brilliant place.

As for the song as a whole: Highly recommended, and I just love it.

"Welcome to my level, my name is metal man, I throw metal blades from my metal hands. I dance around with style and finess, better watch out for these blades or you'll end up headless"

I just got that "I am my own biggest fan" joke. Classic.

To take such a familiar song and to have the stones to put lyrics to it, bravo. It just flowed and not once did I forget that I was listening to a VG song. Great mixture, I'm gonna check out the rest of your stuff.

I rarely feel the need to chime in on a song (q.v.: post count) but yeah, this is _extremely_ well done. I've never heard lyrics fit into a Remix as well as you guys have managed here. Eyeing that merch page now. Kudos.

If you're not a fan of lyrics, you'll find 2 tracks on our album to your liking.

Do not rip apart a writer's work just for the sake of being deliberately cruel. No one learns anything if they're so pissed off they reject your feedback out of hand, and if you're grandstanding just to puff up your own ego, you're wasting all our time.

Why did you have to ruin a completely good thread by posting?

You could just complain about the lyrics themselves and not the fact that the song has lyrics. Lyrics aren't always bad. Also, this song would be pretty boring without them, since the whole thing is pretty vocal-oriented. Do you want to take out the vocals, or just the lyrics? Would you prefer humming?

I thought the track was great.

That is, until I heard the lyrics...

It was all going real great. Nice instrumentation, familiar melodies...

But why do arrangers/remixers feel they have to ruin a completely good track by adding their corny lyrics? Couldn't they save it for original works?

I've already gotten a private message to stop bashing lyricists or I'll get banned. But this is as tame as I'll get.

As soon as you went the "If it has lyrics, it's automatically ruined" route, it just confirmed your close-mindedness and the worthlessness of the comments. Saying "yeah, some good instruments...BUT WHY DID YOU RUIN IT WITH LYRICS?!?" and the even dumber "just make it good next time" is still an purposefully insulting and offensive review.

I thought the track was great.

That is, until I heard the lyrics...

It was all going real great. Nice instrumentation, familiar melodies...

But why do arrangers/remixers feel they have to ruin a completely good track by adding their corny lyrics? Couldn't they save it for original works?

I've already gotten a private message to stop bashing lyricists or I'll get banned. But this is as tame as I'll get.

Sitting in my throne up in the sky
You better watch out, guy.
Anyone who comes this way will die.

No one in this world can understand
Who I am
That is why I'm my own biggest fan.

Do you know what it's like to be built this way?
With only the power to push others away?

Insects crawl below, they do not know
My anger grows
I'll return in full everything that they're owed

Do you know what it's like to be built this way?
With only the power to push others away?

Up in the sky
Ten miles high
A man stands above the city he will destroy.
Built from airplane parts, his propeller spins as he thinks to himself...
I will destroy these people.

(I will fly high above Monsteropolis, and I'll rain terror down on the general populace)

For if I can't walk among them
Then I will walk the world alone
There'll be a fire in the sky
And your doom will rain down!

Built from pieces of SR-71s
And planes that crashed in World War II.
There will be a tombstone with The Planet Earth engraved on it!

Do you know what it's like to be built this way?
With only the power to push others away?
You've a heavy role to bear
Do you think you can carry it?
I'll usher in the end
Upon my thunder chariot... 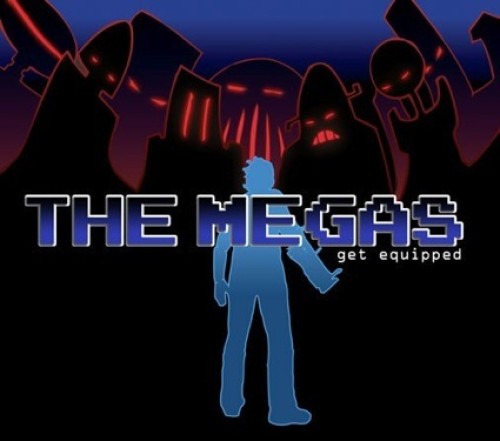