The Bad Dudes today released No Balls, No Glory, a Super Dodgeball project featuring tons of familiar names from the game music remixing community. It's also JJT's birfday, so it's fitting that the first mix we post from this album is a mega-collab from him, Mustin, Nate Cloud, posu yan, and zyko. What's especially cool is that Mustin got in touch with Aksys Games, who are doing Super Dodgeball Brawlers for the DS, for some cross-pimpage. They even sent out a press release:

This collection of music will be used by video game software developer Aksys Games in promotion of Super Dodgeball Brawlers, a Nintendo DS title based on the classic Super Dodge Ball Nintendo game. This upcoming release takes the classic game play of the original and adds new attacks, multiplayer gaming, and a host of other upgrades, and will be released on May 27th, 2008 for a MSRP of $29.99."

This specific mix is some boogie rock/jazz with particularly strong instrumental soloing that JJT himself arranged. He pleads:

"Mustin ordered me to put together a blues jam for the Beanball theme. Since I owe him several thousand dollars, I pretty much do what he says. The writing process went like this: I would record about 8 measures at a time, then stall until Mustin sent one of his goons (see: zyko, po) to my place to beat me with a coat hanger. While I would like in a post-beating haze on the floor, they'd record a guitar solo. Once it was finished, Mustin again asserted his dominance by dropping some sax tracks along with his advisor Nate. I hope you like it. Send help."

Sounds like quite the collaborative dynamic, there. There's a nice offbeat going on here, although I'd have to say that the drums are the weakest element from a production perspective when compared to the rather badass soloing. You've got sax, trumpet, piano (love those running eighth-note chords), both a wah-style distorted guit and a cleaner, bluesier electric, and organ, and all of them get their licks in. It's your classic jam piece, basically, with a bunch of talented musicians trading off with different styles, but all of them with a healthy dose of appropriate blues/rock influence. The standard ritardando ending is classy and, again, appropriate for the style Jon was tasked with; this is a good example of an arrangement where the collaborators each brought excellent musicianship to the table and enabled a track that otherwise (with sample-based emulations) would have sounded canned and clinical. Live, more interesting drums would have been icing on the (birthday) cake, but that's a nitpick - this is our first Super Dodgeball mix on the site, a fun introduction to No Balls, No Glory, and a great opportunity to wish Jon a happy bday, all in one convenient package.

As this seems to be Jon's brain child, it's only appropriate that I start with him. This has got a wonderful rock roll sound to it. All we need is a music video with girls in poodle skirts. The piano playing is spot on and different from what we've heard from Jon, but still very reminiscent of his style, especially during the piano solo. He changes the job of the piano around constantly. At times its driving the rhythm and others it's just giving some color here and there. The 16th note octave hits were a little goofy here and there, but it's all made up for with the hilarious ending

Oh, wow. The guitar and sax.

As I listen to this, the full scope of this mix is dawning on me.

Definitely awesome stuff, a rocking mix, and a must download.

Quite a different take then on "All Star Doskpop," not quite as memorable but

to hear this live would be incredible! Nice little jazz bar, order up a drink...

The individual performances are all pretty solid, if a bit too loose, but the spirit is there. The room sound for a lot of different instruments don't quite match up, especially the drums, but there is still a lot to like in this piece. The piano playing excellent, especially the hardcore section at 2:39. You don't hear guys play like that unless they are fearing for their lives. Very awesome.

The individual solos are all pretty good, especially the clean guitar one, and the sax interludes are great. It sounds like a pretty fun jam that even though the production leaves a bit to be desired, works out great in the end.

Wonderful piece. The drums don't bother me that much, even when I'm listening to the song using headphones, but better samples would've been nice. Everything else is spot-on, though. Great solos, and an awesome vibe overall. Nice work, guys.

I remember playing this game with great satisfaction. The music, I don't remember all that much.

This remix is awesome. I've been listening to the album itself, and it's filled with ear-candy galore! I'm hooked, I'll be listening to it for a while. Great job on this one guys, I am very happy to have a new, incredible album to listen to at work.

Haha, how fun! The song is very enjoyable. A nice way to groove out while I use Randy in the free-for-all mode to whack everyone across the screen several hundred times.

Love this one! The lackluster drums have been mentioned enough, so let's focus on the plenty of good stuff here. I just love the trading of the spotlight between the many instruments. It's a great song for this sort of approach. Think my favorite part is a toss-up between the first time the sax comes in (it just sounds right) and the crazy octaves on the piano near the end, but really, every part just hits.

Real fun mix, and great soloing. I can picture everyone soliong around in an awesome session for this, which makes me smile.

I'm not sure if I like the way things are recorded, something just sounds off to me, and I can't figure it out. I think even if I could, I wouldn't know how to explain it. Either way, it's nothing so big that it detracts from my enjoyment.

I've always wanted to hear a mix done in this style, there's something about an open bluesrock jam that really appeals to me for some reason. Great performance throughout but DAMN those drums hurt it a lot, they're such obvious midi that it takes away the illusion of a live jam. Still awesome stuff though.

The solos are what really make this piece. For me the beginning is kind of weak, but then it picks up with the killer sax solo, followed straight up by that amazing guitar. For me the melody didn't work to well - it was kind of flat in parts. I didn't necessarily notice percussion problems, but overall this is an excellent piece.

I love the performances for the most part, but the percussion really brings the piece down imo. The snare is especially grating.

is this some kind of let's go through all the genres in the world kinda thing? .. it's been jazz, rock and now boogie in less than 24 hours .. =)

anyway . awesome stuff! you guys should give Snake Rattle'n Roll a go .. it has not been remixed yet you know! 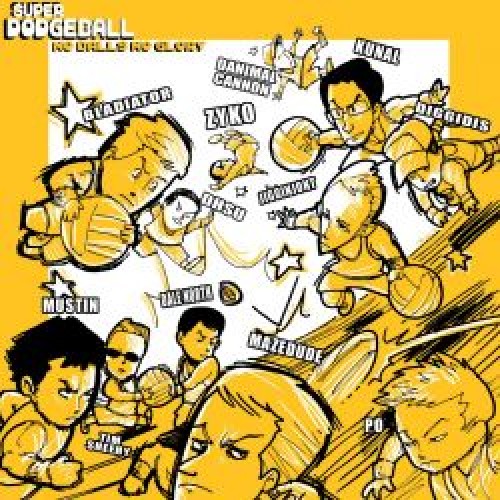