So the ironic thing here is that just five days ago I had the worst headache of my adult life. Three hours long, didn't wanna eat, hurt just to watch television, spent the evening with my hands holding a pillow over my head, etc. And, as if gifted with some long-distance prognosticative accuracy, Lee provides a Delta-Q-Delta ReMix that's titled ever so appropriately. Of course Lee Barber, aka The Orichalcon, was the project director, so it's interesting listening to his contributions to his own baby:

"The track is a remix of Map06 (The Crusher) track titled "In The Dark" from Doom 2. Consisted of 5+ minutes of the same general bassline with some co-melodies occasionally jumping in and flirting with the original theme. The idea behind this remix was to kick it up and make it more dark, and much more interesting. I focused mostly on the beats and industrial/cinematic sound effects for a while before I worked on the rest of the piece. Eventually I solidified the bassline, added the theremin's and co-melody to the end, as well as the OSCx3 dotting away with the bassline to boost it a tad. Added the synthpads to give it the powerful sound I was after, but left them as clear and true to their default sound as I could, since I wanted them to carry the piece, not steal the focus. All the hits, beats, pads and bass notes come together in their respective sections to create a dark industrial/cinematic sound, with an early build-up, a quieter middle section, and finally a doubled ending bringing in the co-melody and theremins to complete the mix. The sound effects were added to the middle straight from the game to give the same feel of not knowing where the next demon is going to suddenly leap out from."

His intro/title track 'megAsfear' was a great way to start things off, but because of its relative brevity plays second fiddle to this track, an arrangement of 'MAP06 - In the Dark' which represents his more substantial presence on the 13-song project. And quite the presence it is; Jesse, who's been rather scarce lately, writes:

"the first thirty seconds shook the fillings right out of my teeth. Thoroughly groovetacular, and while it generally hovers around the same material and the same dynamic level, there's enough going on to keep my attention."

"There is, however a distinct lack of two important factors that this mix needs, and the blatant (and probably intentional) omission of such not only pisses me off, but just shows poor taste. Those elements are:

Incisive, expert critique; Jimmy knows his stuff. In spite of these myriad shortcomings, TO comes through with yet another dark, atmospheric soundscape coupled with pulsing & pounding percussive pistons. The filtered and metallic intro groove manages to be funky and industrial at the same time, and the melodic progression of chords that enters in builds in a gradual, additive fashion that increases the intensity. Things drop out for a bit as the drums are pared down and given more space, and my absolute favorite bit is the moan/howl/whatever transition effect @ 2'43" - spooky. Also an excellent segue into the little EPish pattern that then gets layered under the original chord progression. Grinding stuff with a lot of momentum, and a good way to stretch out the source material into something with more of a narrative, Lee's 'Headache' is far more enjoyable than the real thing. Check it out, and check out the rest of DQD at http://doom2.ocremix.org.

I agree with Bahamut, this one didn't strike me as "amazing" like it seems to have with the other remixers. It's got a great soundscape and the percussive elements were done well, but the bass progression seems like the central focus of the song when you're not using it as background music and I think it's a bit too repetitive. Whatever happened around 3:00 made me start liking the song a lot more... I'm not sure why

Dunno, the production quality on this one is high and most of the elements work well for creating background music. Not bad, and it definitely has that DOOM feel to it, so I guess... mission accomplished

This comes off as background music for me - not much going on but the same progression. I don't know what to really think about this song, as it doesn't seem to try to grab you. If it's meant to be a sort of background industrial, then it does a good job.

It's got a nice, gritty, urban, abandon factory, suspenseful, back alley, industrialist feel to it.

A great anthem for when you're on a monster hunt and expect to be ambushed around every corner.

Very atmospheric track with all the strange noises and creative use of effects. Perhaps not the most expansive arrangement out there but the atmosphere and constant minor changes in the soundscape is more than enough to carry this. Loving the heavily reverbed kickdrum for example.

I pretty much echo what OA said. Great work. That opening intro is sweet!

This really keeps up the Doom feel, and has some nice additions to the lackluster source tune. The sound is sparse and clean in a way that really emphasizes each part.

There is a great percussive feel, and a very grooving swagger. The beats are easily the strong point, and the synths really seems to seep through the cracks of the drums and bass. The sound effects were well chosen and enhanced the mood really well. The way they were used rhythmically was excellent.

It's funny that I credit TO for showing me how to appreciate music from Doom, but when the source is so bad, and the end result is so good, i'm not sure it has as much to do with making the Doom music sound good, but more of TO's skill at work.

Yeah I think this track is one of the most successful from the project in terms of keeping the original mood. Awesome drums, as has been noted, and I think the theremin adds a lot. Would be a great song for a film soundtrack.

One of my favorite mixes from the project; still keeps the original Doom flavor, but really cranks it up a couple notches. I especially dig that the hint of the slap bass is still there, although chopped up and distorted a bit.

This overall buildup and form flows very well too; the mix is a nice length overall without feeling like it drags or gets boring - sometimes a tricky thing to do with a Doom 2 tune.

Now that I've listened to this quietly, I'm realizing this needs to be turned UP in order to get the effect. Theremin's also add 50 points to any mix they're included in. Don't ask what the points are for, though.

The bass line gets repetative, nothing that can be done about it. I can't say this is a track that I would listen to for fun. By the end I felt that nothing had really happened.

I do enjoy the industrial feel of it, and I can definately imagine blasting this in my car. Not my type of mix, but I can see why others would enjoy it, and I do enjoy the percussion.

Drums at the beggining are cool as f*ck!. Awesome effects!

Damn, I need to learn how to do that.. I wanna mix that stuff with orchestra and make the ultimate music of the universe. 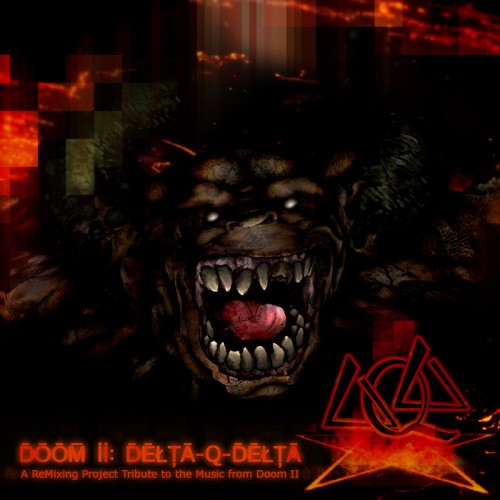