"The Kingdom of San d'Oria"

FFXI occupies sort of a weird place in the series' continuum, breaking from tradition in a number of ways and attracting a fanbase that remains active today, but doesn't necessarily represent the average FF gamer. Newcomer Justin Lincoln, alias Kabukibear, serenades us with a lovely solo acoustic guitar FFXI arrangement not unlike Pot Hocket's solo guitar mixes. Justin's also active over at Game Tabs, having quite a few tabs from a wide variety of games that fellow guitarists will want to check out. Of course, they - and everyone else, for that matter - will also want to check out this recording of this specific tab, since performance is definitely key to making any solo instrumental work. While EQ is a little stronger on the low end, I'm happy to report that this is a warm, clean, and very intimate recording that captures the artist's performance quite well. Cain's been with us awhile now, but at the time he judged this one he was still a n00b - a n00b delivering a pretty detailed source analysis:

"The source has kind of been simplified, but I know how difficult classical guitar arrangements can be, and thats probably why Pot Hocket uses two guitars :). This arrangement is simple, but effective. I was a bit concerned about the B sections after palp's issues, so I checked out the source more closely, and found a fit for it. During the quiet string parts towards the end of the source, there's a rising bass note pattern which you can clearly hear in the bass line during the 1:06 to 1:28 part. The later section starts with it, but then seems to go its own way. Regardless, that pushed it well over 50% source use as far as I'm concerned. In other words, arrangement good."

Andy talks about his surprise on hearing the source, which is pretty different, and seeing what Justin's done with the overall tone:

"On the arrangement end, I think this is great. I listened to the remix first and was surprised that the source was a regal fanfare: I was expecting something like an inn theme! The level of interpretation is impressive, and though it's a solo instrumental performance, it never feels empty or uninteresting. In fact, I was a bit disappointed when it ended, just because I was enjoying it so much. The execution is really very good, with basically flawless and emotive playing."

Definitely good music for relaxing, and wouldn't be out of place in an Xmas/holiday setting either - for some reason it makes me want to drink egg nog. You know... by a fire. Chestnuts. It's relatively brief at just over three minutes, but it's still a relaxed yet confident performance of a transforming, intelligent arrangement that spends its three minutes wisely, eliciting comfort and a sense of the familiar. Good stuff; Pot Hocket's got some company, and I'm personally looking forward to hearing what both of them do to further advance solo acoustic guitar mixes.

Wow, nice. Contemplative and at perfect peace with itself. It's always good to hear music out to harm noone and delight everyone, and while it will probably go against the grain of traditionally louder and fuller material, I think most OCR fans would be quite taken with it.

No crazy arrangements, no complex instrumentation, no super-snazzy effects. Just a stripped back performance that gets to the heart of the source and plays it with an innocent indie style.

Never heard the original score, but I'm about to right now. From the melody I can tell I'd be a fan.

I love this piece, it's quiet and beautiful, and I love to plunk out the tune as best I can on my keyboard--I've never heard the original, but even so I think I can safely say I like this rendition better. I tend to like solo accoustic guitar pieces almost as much as I love solo piano, and this one's a keeper.

Taking a break from writing papers to review this one while it's fresh in my mind. I can't talk knowledgeably about much in the realm of music, but Final Fantasy soundtracks... Those I can talk about. FF XI had a more or less great soundtrack - it had its ups and downs, but as the first Final Fantasy soundtrack where Uematsu handed the reins to the younger generation, I think it did quite well, and the Theme of San d'Oria is one of the standout tracks. So I love your source to begin with.

Then you went and took a royal march and turned it into a solo acoustic guitar piece, and a beautiful one at that. This was one of the rare mixes where I could start iTunes and go listen to the source to compare, and I really like what you did. Almost no changes to the melody or structure, just quiet, calm restatement of the theme with some new and ear pleasing chord progressions as well.

It's understated, elegant, and beautiful. I wouldn't change a thing. Wonderful work. I hope we hear from you again. 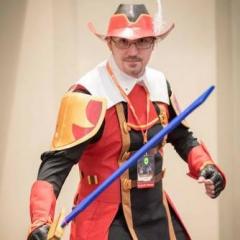 After 320+ Days of game time in FFXI... Being San d'Oria'n for about 80% of it and spending a mass amount of time in San d'Oria...This tune is a refresher. A lovely piece that would do nicely, If I still played FFXI this would make it a bit more bearable to run around the elf town. Very well done indeed. Now if only there would be a mix like this for the Xarcabard regions. ^_~

I don't think I've ever heard a remix that's so relaxing and peaceful.

Really, you can't think about anything bad when listening to this. It's perfect food for your nerves on a stressful day.

Though I only played the game for about 20 minutes before giving up in disgust, i've always been a huge fan of the soundtrack. The general level of quality is very high, and the original theme is one of the nicer ones, IMO.

This is a beautiful and inspired take on the original with a completely different feel, but still possessing the hopeful and heroic spirit of the original.

Playing is fantastic and though some think the low end is a bit much, I think the amount is negligible, and it does nothing to detract from this. I wish the final chord resolved slightly more traditionally, but really there is nothing wrong with this fantastic mix.

This is a great solo mix, and although I thought that adding a flute part at 2:20 and continuing would have added a lot to it, I still think it's great as-is.

I'm usually not a big fan of slower, calmer type songs but this song is one I would not only just listen to and enjoy but keep the song on repeat for quite some time. It has a San d'Oria feel but at the same time very relaxing and enjoying. A excellent mix in my books!

I agree with the good reviews so far wholeheartedly, even my Bastokan friend wouldn't have minded hanging around in San D'oria if this is what was playing.

So soothing. I can remember having the sandy fanfare blasted into my ears for hours and hours sitting at the auction, this is really a different take on it. GJ.

I've always been a sucker for solo acoustic guitar. This is a beautiful piece.

I agree with dave that the low end is a bit more powerful than it needs to be, but this is otherwise expertly done.

The problem with the source tune is that it got annoying after hearing it for so long, but I wouldn't have minded hearing this in its place during the evenings back when I used to play FFXI. Well done!

Oh, I've been waiting for this one to be submitted for a long time, ever since I saw it pop up in the judges' queue. First off because there aren't any other FFXI mixes yet, and second because I love that track (a true nationalistic San d'Orian). Finally I got to hear what it sounds like as well, and I'm truly impressed!

My friend, you have just made the day in which I am sick as hell with a nasty nast cold into a glorious day. Not only do I love the music from FF11, but to make the San d'oria theme into a sweet and melodic classical guitar piece, I have nothing more I can say.

You, sir, are my hero! Do NOT be surprised to hear from me in the future for possible collabs! (FF11 related, I'm sure