Remember Joshua Morse's Hybridism? The Ragnarok Online album project that yielded 'Hamadatan,' amongst many other great tracks? If you're late to the party, head on over to the site and just grab the whole thing - you'll be doing yourself a favor. This one intros with buttah synth brass before a ridiculously funky disco slap bass comes in along with genre staple flute and string stabs... oh yeah, it's the 70s all over again. That's the 'Discotheque' part, at least; the 'Samurai' becomes more apparent at 0'49" with a synth lead that has a koto-like attack doing an insanely catchy riff. I really dig the modulation at 1'01" - it goes up a notch, playing with your expectations, and makes the accessible, instantly likable groove a little more playful. Clavs become more obvious, then you've got a straighter koto patch doing a more pentatonic, Asian riff for a bit. A squarish synth lead call-and-answers with acoustic piano before a quick dropout brings the intro synth brass back in, this time for more mono/solo action and less chords. 3'11" throws in a key change that actually works... I'm REALLY wary of key changes of this nature, as about 90% of the time I feel like they seem to have a prolonging, recycling effect on song composition, but Morse knows better than that, and here it just freshens things up a bit without any of the negative side effects.

So, anything critical to say? Well... the ending is one long, extended fadeout, which would have made more sense if this had a vocal on it, with a vocal refrain repeating as everything fades. As is, while the bass is every bit as tasty as when it first entered our lives way back at 0'18", it doesn't carry the extended fade as nicely as I'd like. Is that a pretty minor detail in yet another otherwise awesome, brilliantly sequenced and produced Morse ReMix? Pretty much... jm got a way with basslines, that's for DAMN sure, and he proves it yet again with this piece. Well worth your time, impossibly groovalicious, and but one of many gems on the album, which you're now either going to download for the first time or listen to yet again because it's flavorful AND nutritious.

Outstanding piece; this is my most favorite remix to have come from OCR.

This track is unskipable. I've never skipped it when it's come on my playlist at random. Not once, not never.

Love the blend of Eastern influences with 70s housey music! I actually produced a b-boy video with this track in the background and the combination was sizzling! Mr. Morse, this is your best song..ever! And after listening to the rest of the Hybridism album, I'd have to say you've inspired this Asian to start remixing again.

EDIT: The moog-ish lead at 2:22 is AWESOME! How did you generate that?

Amazing work and nicely done. This is a great piece of funk.

I got this when it first came out months ago and I greeted it with a huge "Meh." Something didn't quite click. Maybe it was my bias against Ragnarok. I have never played it, but I have awful memories of a friend who refused to play everything I recommended him because of Ragnarok.

Regardless, I hit the mix again after it came up on random selection and was really surprised at what I had previously been numb too. The beat is quite infectious, and those disco staples: those hard strings and brass, are freaking fantastic.

'Hamadatan' is floating around my playlist too, which I was also pretty unmoved by when it was first released. So here's hoping I'm proven just as wrong with that one.

OOOOoooh I love Ragnarok!! I instantly recognize the melody, very catchy when it comes in like 20 seconds in. Bassline and groove very addictive I'll be bumpin this tune at all my parties now for years thanks

The bass seemed to be a little ahead of the beat at the beginning, but it settled into a really nice groove after that, with a shimmering wall of sound. Cool how specific phrases pop out here and there. I loved the build to the funky synth solo. Nice percussion too.

I am not as big of a fan of the source, though. It's certainly been improved here, but I think a lot of the better themes in the game could have been used.

I have looped this song with out getting tired of it.

There are two parts that get my attention the most: the sexy beginning and the 1:40ish area. I'd say that the beginning is my favorite part of the whole song. From 0:00-0:17, the bells continue to go higher, stop, and then the grooves kick in. I never played this game, but it's as if you took the experience of playing the game and subliminally placed it in the mix.

Just go ahead and post all the songs from the album. Every single one deserves that IMO.

Been enjoying this one for months now, happy to see it getting more love on OCR. Good jorb Josh!

OMG more funk. Except this time it's... J-Funk, I guess? We should split the site and put all the funk mixes on another server to reduce the load. Not a big fan of the funk am I. Still and all, I approve of the production on this one. It is undeniably catchy, and still running through my head well after listening to it, which says a lot, because I usually try to scrub funk out of my head as quickly as possible. That's the best you'll get from a hater, unfortunately, but it is a VERY good mix, just not my cup of tea.

I had a fanastic time playing Ragnarok Online in my day... I played that game since the very first beta and it's actually the only MMORPG I will ever play. My past friends and I had amazing memories in that world.

I will be honest though... this song took a while to grow on me. I never even knew there was an arranged album for this game...

I really need to get with the OCR times man. ::sighs::

I like the track. I'm currently downloading the album.

I've been loving this song since I first got it. We need more Ragnarok Online remixes. 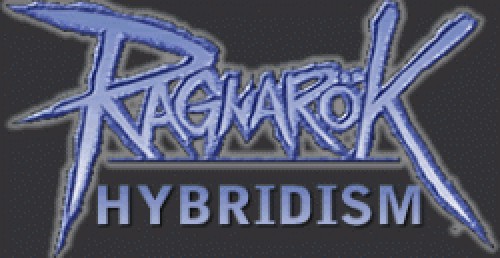