It's been awhile, Mr. Baranowsky! On hiatus since 2007, Danny B. recently made time in his busy schedule to sit down with us for an awesome interview where he caught us up on all the cool indie games he's been scoring, including Meat Boy and Canabalt. Also, the soundtrack to the stunning Aquaria was just released, dB's got a remix on it, and composer Alec Holowka was groovy with Danny submitting it here! I'm digging that OCR's getting a mix from a more indie title like Aquaria, since this market has really entered a renaissance lately and is producing some absolutely stellar games, not to mention soundtracks. Aquaria's score is all sorts of awesome, and Danny applied his own unique style to it with this mix. Speaking of his style, in the couple years since his last mix, he's really gone in more of a chiptune/electronica direction, so those familiar with his mixes or earlier originals might be surprised to stop by www.dbsoundworks.com and hear the retro beats he's been cooking up. The artist writes:

"It was all Reason 4, was done in about 4 days, and is a remix of the miniboss music from Aquaria. Alec Holowka, the game's co-creator, asked me to master the game OST, and in doing so I was really feeling the miniboss track so and offered to make a remix for him. It still drives me insane that I can't physically play my own lead lines, especially because this one seemed like one that would be superfun to jam out on my keytar! Also, I think it's really awesome that OCR continues to highlight even new game music, along with the classic stuff. I deal with the prejudice against video game music every day, and I think it's awesome you guys are still carrying the torch!"

Gracias, sir; you are a man among men! Alec's really cool and approachable, so we thought we'd get his thoughts on the overall Aquaria score, the specific source tune in question, AND this remix of it - after all, you don't always get the chance to go full circle and get inside the heads of both mixer and composer! In our little mini-interview of sorts, Alec writes:

"Since Aquaria was made mainly by two people (myself and Derek Yu) we had to share a lot of responsibilities. We both worked on design together, but he did the art and level design and I did the programming, music and animation. That kind of setup means you don't get a lot of time off, but it also means that you become way more immersed in the game. You're going to look at a game score quite differently if you're the one designing it rather than if you were hired to write music for someone else's idea.

Some advantages of this are that I could add in unique music cues for story ideas if we came up with them late, or I could even come up with ways to resolve story points using music. Those who have played through the game probably recognize a melody woven through all of the tracks that ends up proving to be quite significant by the end of the game. I really wanted the game to sound consistent and to express the emotions in the world and characters.

"Boss Fraught" is a track mostly written by my brother. He has a really good ear for catchy action music. He wrote one version of this track, and then I did a pass over it. I added in the main Aquaria traveling theme at 0:25, changed up the melody a tiny bit and played with the arrangement. I didn't really change too much, just integrated it into the "Aquaria sound" a bit more. Collaborations like that can work out really well in some cases. :)

The soundtrack is available here. It includes a brand new 9 minute track that features Jenna Sharpe. (the voice actress from Aquaria) In addition to being a great voice actress, she's actually a talented singer. It was fun to work with her again, because its been a while. (Aquaria was first released Dec. 2007)

Brandon McCartin, another talented indie composer, has two remixes on the CD - and they're really neat. Funky, very stylistically different and fun. The package also includes a lot of sexy print stuff. And the other neat thing about it is that each set is hand shipped with love by myself and my girlfriend. (and sometimes my sister!)

Mr. Baranowsky, as he is known (?) is just kind of a rad dude. I met him through Adam Saltsman (Paper Moon, Canabalt) down in Arizona and we hit it off. I first went to Danny about mastering, because it was something I was very nervous about doing. Danny did all the mastering for the CD and then decided he'd also like to throw in a remix! He really helped get this project off the ground at last, and I'm very grateful for his involvement."

Pretty extensive amount of information, there - if you haven't played Aquaria or listened to its soundtrack, hopefully this mix will prompt you to take a look at both. I remember hearing about it briefly back when it made a splash (<< IT'S A PUN), but after listening to this mix I explored some more, and the overall visual and audio aesthetic is really cohesive and otherworldly. The source track here is frenetic, suspenseful boss music, and danny b's taken that and turned it into a funkier, chippish breakdown/jam sorta joint, with exquisite synth lead sequencing and two full scoops of groove. It's wild to hear how his musical direction changed so much, but his skill & soul remain self-evident in all of his music. I'm thrilled that he's doing so well, and also that OCR can showcase his new style and also the soundtrack for an indie game, specifically. Major props to Danny and Alec for some innovative, inspiring work, and thanks to both for taking the time to share the process & thought behind it. Great ReMix, great interview, great game.

Great game, great OST. This really makes you feel like you're frantically spinning and swimming around trying to blast the baddie-boss before it eats you. Frenetic, energetic, desperate.

Minbadass? Megabadass! Super funky, with a lot of tension and energy, this is easily one of my favorite ReMixes. It definetily has recognizable style of Mr. Baranowsky, it has a lot of similiarities with some of Super Meat Boy tunes, which was released a year later. I especially love the section at 1:43. Mean, funky, but very good!

Man, lots of great energy, which is really fitting for what the ReMix is of. The beat is hot and I love the mix of semi-chip-fi and electronica. I don't think I've heard another ReMix exactly like this in sound, and unique is almost always good, so A+ here. Minibadass indeed.

The track took a listen or two to really grow on me, but once I'd really listened to it I fell in love with it - and with the source, once I'd taken a listen to it. In fact, I loved this track so much - and the original music of Aquaria, once I listened to it - that I went and got the free demo and played it, and then got the game. So that's something.

But yeah. It's a badass piece of music, and definitely worth a few listens to - I really can't find anything wrong with it.

Nice crunchy leads. Nice crunchy bass. To be honest, it took some time for the track to grow on me but I definitely feel nice fast-paced synth-rock going on here.

I very much liked the bass, as well as the background layering - the mids play very nicely with the higher frequency lead. The synth sounds are very good and I really love the melodies.

I love the breakdown at about 1:20, highlighting the pads and the atmosphere.

My only criticism is the relative lack of dynamic range of the leads and the song in general - it basically starts up and plays at mostly one volume, with the exception of the breakdown and the fade-out ending.

Mmmm.... Techno.... Feels good and echo-y like the boss battle is happening in a cave with really good accoustics.

Other than my usual issues (the sound is too "narrow" the soundscape isn't varied enough to hold my attention, so this mix doesn't do a whole lot for me), this is by no means a bad mix.

I can't really pick out anything else that could be a potential issue, so I'd give it at least some recommendation to listen to. Check it out for yourself.

My brother repeatedly tells me all about how this "rips off" Muse whenever he hears me playing it (which is often.) I don't know how full-of-crap he is, but I figured I'd throw that out there

Really killer bass, drums are well-done, and the arpeggiated synths are great... all of these elements are very commanding and really work together to completely blow the listener's face off, so to speak

I had no idea Danny B did this kind of music but after hearing this, I'm glad he did!

Yes! Awesome! The original track was my favorite pump-up track from Aquaria, and this remix gets the blood going even faster without overdoing it. I also love the play on the original track name as displayed by the in-game jukebox: "Miniboss" =D

Would love to see yet more Aquaria remixes!

I do wish the volume on the bass would've been a tad lower, though.

I've never play Aquaria unfortunately, but now I think I have to play it after hearing this.

I thought the bass was a little loud at first, but then I really started to dig it. The franticness of the lead really gives of the feeling of a boss fight. All in all, it's just a badass track from a badass remixer.

Not familiar with the source, but this sounds pretty cool - the style has a nice flair to it, with the electronic craziness with smooth melodic synths driving it. In fact, this reminds me of the song in the new TMNT: Reshelled for the train level with the instrumentation, although this takes a more frentic approach.

Definitely a nice change of pace, as we don't see many mixes like this these days.

Oh yeah, for all of you who haven't heard the original or played the game, there's a demo of the game available here.

I'm diggin' this remix. I've never played the game, but I might have to check it out after hearing this

Never played the game but this is enticing me to try it.

The bass is probably the most memorable part of this song, but collectively it rocks out hard. 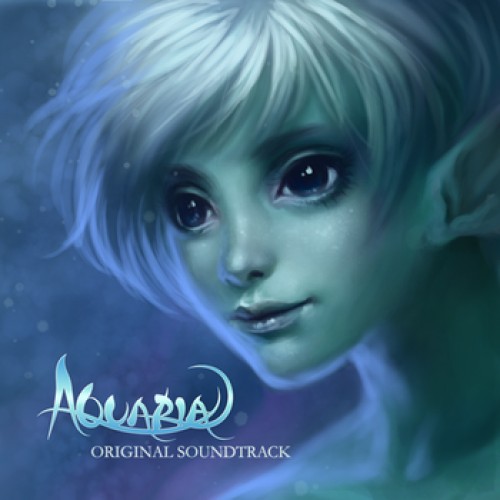