As the day draws to a close, you'll recall that we posted 'Morning, Thinker' back in September of last year, which seems like only yesterday, and so what better way to come full circle & close out the debut album mixflood than with 'Goodbye, Thinker'. It makes sense, see, because first we greeted Thinker, and now we're saying farewell... to Thinker.

Once people get past THE ANSWER not being a Zelda, Mega Man, Mario, or Final Fantasy album, and give it a try, I think they'll really appreciate the vision & artistry Mattias has achieved; it's something of a magnum opus, and while that may take more than 24 or 48 hours to sink in, each and every one of you who are interested in ALL VGM - not just the huge, shiny franchises - owe it to yourselves to download this. It is superlative, it is a fantastic homage, and it represents some of the best work from a ReMixer who's poured his heart & soul into each mix he's crafted, time and again.

Of this AC4 mix, and also the overall emphasis with the album, Mattias writes:

"I started out with Thinker and I'm gonna end it with Thinker. I took an entirely different approach to the tracks and vocals compared to Morning, Thinker. Some kind of strange combination of world music instrumentation and heavy, almost shoegaze-ish rock, what vocalist would work better than Jillian Aversa? Nobody, that's who.

I sent Jill the track and the (amazing!) lyrics and asked her to record it pretty much how she liked and add whatever. She sent me back a goddamn amazing, dynamic vocal performance full of little additions and improvisations. As a contrast to the processed madness of all other tracks, the clean, beautiful vocals worked incredibly well. My arrangement really is secondary to them, make no mistake. In a way that was also the goal. Kota Hoshino's vocal tracks are really quite unique in game music and to have them spotlighted front and center like this really is amazing to me. So many times have I listened to Thinker that it fills me with a sense of nostalgia and melancholy joy to hear the familiar lyrics like this.

But I'm rambling... Here's the last track from THE ANSWER. I hope you like it and, even more so, I hope you enjoy the complete album! The Armored Core-series is not the most popular series of games, it's not well-known and the music has never been the biggest draw. Still there are many that, like me, completely adore the games and music. We buy every game, know every track by heart and Kota Hoshino is someone we mention every time when talking about game music. THE ANSWER is for these people like me. THE ANSWER is also for From Software and Kota Hoshino.

But beyond that, THE ANSWER is for all of you who really have no clue about the ravens, Line Ark, how to build the fastest AC, how to defeat White Glint or Nine-Ball Seraph. You who didn't get nostalgic when playing the Revolution part of Armored Core: Nexus, who haven't tried to figured out the vocals for Remember, who doesn't tear up when hearing 'Someone is Always Moving on the Surface' and who doesn't miss 'Shape Memory Alloys' on the newer soundtracks.

Hopefully this album will open the door and introduce you."

Beautifully said; I could talk about the mix, which is the third of three great ones, but instead I'll just thank Mattias for opening the door for me, personally. That may sound a little Jesus, but hey, if spreading the free good news about VGM is wrong, I don't wanna be right.

Yeah, this track definitely stands out among the others from this album, but it's one of my favorites, actually. It's very different from the opening track, "Morning, Thinker", which is ReMix of "Thinker" as well, but it's equally cool, in another way, though. Props to Jill for the vocals! Seriously, she nailed them.

Wow. After the last three AC ReMixes that I heard had faster, frantic tempo, this surprised me in a good way with a slower, more rock-inducted electronic song. Where the other ReMixes put me in a hyper high, this brought me back to an almost peaceful harmonic state. 1:20's area was very interesting and all in all, this ReMix was very solid. The vocals were amazingly beautiful and this is a great track off one of my favorite albums.

Really nice work from both of you, this is a really cool way to take the source. I loved the vocals and guitars, and the intro was nice too. Great delivery! 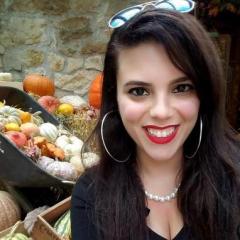 No matter how stressful or worried I may be, every time I hear Jillian's voice... It puts me into a serenity. Really calms down my nerves in the best way possible.

Thanks for providing such a good remix to the both of you! You guys only delivered a box full of win!

So since MAGFest ended, I've been listening to this a few times, and I can't help but feel that it is so fitting for me right now, with MAGFest being over. I was instantly interested in hearing this remix because I enjoyed "Morning, Thinker" so much. This remix is amazing too, and I'm very impressed with AnSo for being able to take the source in two totally different directions and giving them both the deserved effort to make them both sound so awesome .D Beautiful vocals, Jill, and one thing I think you do really well that shows in this piece too is the harmonies and atmospheric sounds in the background, they just really help to fill out the sound and make everything sound so lush.

OK I'm going to go listen to this on repeat and

'sigh' It's really nice. The comment from the ReMixer sadly reminds me, alongside the song (which I mainly listened to because I saw Jillian's name on it), that I'm no longer one of those people that gets all those references. The only ACs I played hardcore were the first and Master of Arena (skipped PP, seemed like a waste of time), and I simply beat (but did not go all out on) AC3 for PS2. I was told by the most hardcore fan back at my old store that I really missed out when it came to Silent Line, Nexus, and Last Raven.

I do remember the music was occasionally very, very cool, but it's been so long since I really sank my teeth into those games, and I didn't really get the whole series exposure I've always wanted but felt intimidated by (since each game tends to be really involving and somewhat difficult). The memories are likely gone.

I'll probably download this album in honor of my old love for the series, and who knows, perhaps I'll get a chance to play one of the old titles and reinvigorate my interest. Life does, however, go on, and the older and more responsible I get the more selective I have to be about what I play...'s sad...

As I downloaded this album the moment I started listening to the tracks my minds froze and my thoughts glitched!!!, I can't understand it all my life I hate lyrics no matter what and yet I like listening to those.. HOW?! this album made me think so much about even its name whats the answer? XD I want to know how the hell I liked it so much I never listen to vocals ever and this one was accepted

great piece, can't stop listening to it....though there is this one part that I really don't like.

Since I never played any of those Armored Core games, I listened to this album like I would any electronic album I get on iTunes for example.

And let me say, this is QUITE A STROKE OF GENIUS!!! It's one of the very good album I've listened in a while and... it's my best electronic album of 2011.... (haha ok ok that doesn't mean much yet

Morning thinker is by far my favourite song on this album. I've been listening to the "preview version" of september for over 60 times which is a lot for me since I mostly play my whole collection on shuffle normally!!

I like this better knowing that it's the closing track of the album. It's almost more of a reprise to Morning, Thinker than a stand-alone song, but I don't think that's a bad thing. I really love this, and I'm excited to check the whole album out.

haha...I didn't know this got posted later in the day. I think that was a cool idea though even if I missed it. Still I listened to this track on the album itself. Since Morning, Thinker was my first introduction to this, so I find myself liking that one more (sequel complex). But I like the way this one goes too, slowing it down and the vocals are wonderful...

Damn. To hear these lyrics in slow mo. And to have Jillian singing it. Plus, you have Swederman mixing. It all equals WIN. Going on the good ol' mp3 player.

I really like this track and this whole album.

Ive only briefly played AC1. But I am really digging this.

Im for sure putting this on a disc for my truck..

But what do these lyrics even mean?

All are as your thinking over"

Agitate, jump out
feel it in the will
Can you talk about deep-sea with me

The deep-sea fish loves you forever
All are as your thinking over
Out of space, when someone waits there
Sound of jet, they played for out 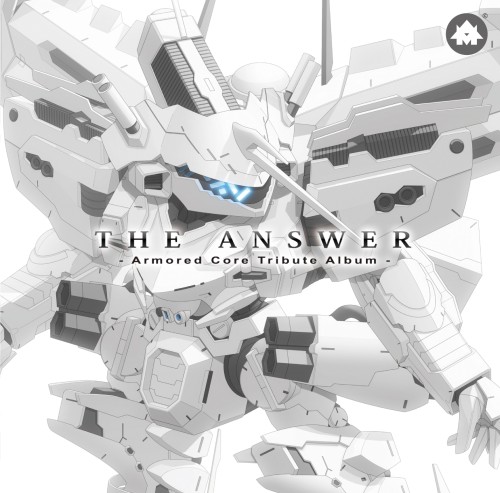