HomeReMixesPokémon Red Version "Out of Antidote"
|

ReMix:Pokémon Red Version "Out of Antidote" 3:42

Finally Charles gives us a follow-up to 'Wanderer on the Offensive'! Cerrax's Missingno track stands out a bit because of its relative darkness & tone; the artist explains:

"Ever since I first played Pokemon, I've been somewhat terrified of the Viridian Forest. I mean, the song's creepy, there's all those poison pokemon in there...it's just not a happy place. So I wanted to evoke that sort of unsettling aspect of the setting in the remix. Then Prophet of Mephisto had a great idea of calling the remix "Out Of Antidote" and the song took on a whole new approach as some kind of bad acid trip via the poison from the pokemon in the forest. So eat some mushrooms or LSD and listen to this and tell me how it goes :P"

He means that metaphorically, kids...stands for Little Snack Doodads. But yeah, dark atmosphere, sinister chromaticism, industrial perc+fx, and a disturbed mania all characterize the arrangement and production pretty accurately. If Kefka invaded the world of Pokémon, that sort of thing. This one isn't a hum-in-the-shower mix, a chillaxin' mix, or a rockin' mix... more of a narrative, cerebral experience that keeps you guessing and demands a lot of attention. Mazedudish, a little, which should always be construed as a compliment. Shariq writes:

"I like it. Not really too generic sounding, very expansive arrangement of kind of a simple source theme. Really trippy, nice texture."

"Cool arrangement, creepy and mysterious, with well chosen synths, and some good sense of sound space."

Definitely one of the more challenging mixes on Missingno, this might take a couple listens to fully appreciate, but I found myself enjoying it more and more, getting lost in some of the transitions and dropouts. Interesting, enjoyable, well-crafted, and unsettling work from Cerrax.

The intro to this is great. That stand-up bass(?) sound is perfect. Leading you into a false sense of security.

The fading in synths are great too. The chords do exactly the same thing... false sense of security.

When it hits you. IT HITS YOU

I'm not the biggest techno fan and I can still rage to this song even after a good fifty plays.

It's one of those mixes that just WORKS.

One of my favorite tracks off of the album; I love the dark, mysterious atmosphere that it creates, appropriate for the first "dungeon" of the game, and the feeling of being lost among trees in the high grass with poisonous Pokémon circling all around. The percussion wasn't absolutely perfect, but wasn't nearly bad enough to bother me, and the intriguing, layered arrangement more than made up for any weakness in the instruments. Overall, a truly excellent track.

Eh, eh? Okay, I had to do that. 0:08 brings in source, with creepiness to boot. This is how this track should be done! After all, they say that the forest is a maze. Great work from Cerrax here. What an eerie track; fitting for this creepy forest. 1:06 brings in some more creepy ambience, and is followed by a solo. There’s even more creepiness at 1:30!! Everything slows down and calms down at 1:45 or so, but builds back up 10 seconds later. Another solo of sorts at 2:10, with a breakdown included. It slowly builds up to what is sure to be an epic finale. A hint of the end at 2:48. 3:04 brings a return of the norm, but with a hint of finality. 3:26 proves that the end is near, and it breaks down to the end.

I still enjoy this track a lot; though I don't play bass, I often tried to figure the source out on my brother's when I was younger. Almost got it too! Nice remix of the track; always been one of my favs from the R/B soundtrack, along with the Champion Battle theme.

This is my first time listening to this, and I like it! I did play pokemon red, but managed to power game through the Viridian Forest (must have had my gamer gloves on). The sound it really good, a little harsh and noisy, but it fits well. The bass in the intro is great mood setting. I think it ended a bit too abruptly though, a little more of a fade out could have sounded sweet.

Haha, the Viridian Forest. Clearly a terrifying aspect of that initial first attempt at a Pokemon game. x_X

I can definitely feel the dark approach taken to the soundscape; while it remains relatively close to the source material for a fair chunk of the time, the expanded chord structures in it really bring it to life. While having somewhat as a dated feel, it manages to stay firm with this warped progression style that can indeed reflect on one's fear over weedle stings in the forest.

To me though, the drums kind of feel a little too flossy for me for some reason, as if they feel too pushed back and pounding on air for some reason, and even then I kind of thought the writing might have made it too muddy as it is with the added chords brought in. So it's kind of a toss-up here, but under artistic merit I definitely managed to see something quite remarkable with this one.

I'm hoping that Cerrax would submit more material soon, because from what I've heard so far I am hearing potential. Get back in there soon

This remix perfectly captures the feel of being in Viridian Forest. A good remix only rethinks the original tune, but a great remix actually improves on it and zooms in on the "feel" of the original. By that definition this is truly a GREAT remix.

I would say this remix seems to good to be true, only it isn't. Everything about it is just incredible.

Great work. This one really gives a good, dark touch to the overall quite happy tracks of the Missingno tracks. Gave it some good variety, and this is definitly one of my favorites of the album. I thought that the tone was very fitting and well executed. I especially liked the breakdown at 1:14 - 1:30

Dark, mysterious and slightly creepy. An atmosphere of tense feelings and maybe a little anxiety of running out of antidotes. I live for ReMixes like this. I actually never had a problem with Viridian Forest when I played the first time around, but I'm sure I would have been a little creeped out (and enjoyed the music more) if this played instead of the original. Very sinister and filled with bad intentions Really good work on this Remix. 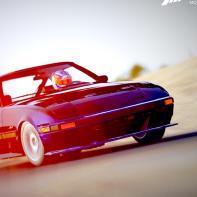 I think this remix is an good example of what you can accomplish with a basic DAW. This entire remix was done in Garage Band 2.0 (iLife '05) on a first generation iMac G5. No third party plug-ins or samples were used, only the built-in Garage Band samples and effects.

Glad you guys liked this mix! It was one of my first successful remixes and I'm so happy that people enjoy it.

The "intoxicating" feel of the remix always made me think it was the result of too many encounters with Weedles and their Posion Sting attack.

For someone who was stuck in the Viridian Forest for an absurd amount of time in the first game, this song brings back a lot of memories. The trippy acid effect was a really smart concept, and the execution was really awesome!

Though it is slightly interesting that I feel like one of the few who finds this akin to what I usually like listening to. XD