VVVVVV by danny BBBBBB! This awesome-but-difficult retro indie platformer had some amazing tunes, and here for St. Paddy's to mix said tunes is none other than indie VGM titan himself, danny B. It makes sense, because St. Patrick's Day is all about drank, and danny B loves him some drank, plus his family name was actually "O'McBaranowsky" before they changed it @ Ellis island. It's true, I read it on the Internet. While the mix title in this instance is even less PETA-friendly than the tofu protest-eliciting Super Meat Boy, the music speaks a universal language of love. Melodic, nostalgic, arpeggiotic love:

"Wanted to submit this ReMix from VVVVVV I did for Magnus, the composer. It is on his VVVVVV remix cd, PPPPPPowerup! - http://www.souleye.se/ppppppowerup that he released today.

It's a ReMix of the track "Pushing Onwards" which I think might be considered the most recognizable from the game. I tried to make a track that would sound like what would happen if Meat Boy and Captain Viridian had a bunch of sex and pooped out a baby. Magnus has a talent for weaving incredible melodies that make me want to cry. The soundtrack of VVVVVV fits the aesthetics and gameplay of the game so freakin' well, I might even say it's flawless. The problem with trying to rearrange music you love so much is that you don't want to commit sacrilege. I was very nervous to take a crack at this one, since it seems foolish to try and "improve" on it. So ultimately I tried to make an alternate-universe Meat Boy-ish version that I ended up pretty happy with. It's basically my "If I Did It" but instead of brutally murdering two young lovers, chiptunez. Hope you dig!"

So as described, arrangement is on the conservative side, but he still Baranowskifies it up legit, and the original is indeed a super-catchy bit of tunage; kudos to Magnus for writing a modern game soundtrack that captures the magic & melody of older mod/tracker aesthetics. Seriously, the main melodic hook here has a couple intervals that'll echo around in your noggin for hours, days, weeks, and even months afterward. I've found myself spontaneously humming it out of the blue more than a few times since I first heard it, and I think Danny's take preserves what's hot and swaps in his own textures & sensibilities for a pretty beautiful meeting of the musical minds.

bustatunez was just writing in #ocremix the other night how years ago "indie game" was often a euphemism for "poop," as the gaming industry hadn't yet achieved some of the success independent films have been enjoying for much longer. I know that even back then there were plenty of stellar exceptions, but what a difference a few years can make - it's truly awesome to see games like VVVVVV, Super Meat Boy, Amnesia, and Retro City Rampage getting tons of love, both critical and commercial, each with mind-blowing music & sound that plays a huge part. I'm honored to have a ReMix of VVVVVV on the site; huge thanks to Danny for sending it in and Magnus for writing such a baller soundtrack in the first place. The arrange album is well worth checking out, with this track plus more from Mr. Whelchel, Mr. Gerdt, and a whole bunch of other talented VGM folk!

Sweet synthpop, man! I liked this when I first heard it, but now I can appreciate it even more.

Nice sound to this one. Kinda reminds me of some of the other ReMixes I've heard going through some of the classics, but with a more up-to-date feel to it. Hard to describe it, but it's an interesting electronica ReMix. Not bad.

I have to say... I would not have heard any of this music if it weren't for last year's OCR Secret Santa. I was gifted a bundle of games, one of which was VVVVVV. I played it and fell in love instantly. The thing that drew me in the most was the music.

After beating it a couple of times, I posted a request for remixes. Little did I know that PPPPPPowerup! was in the works. The entire album is pretty cool, but this track is great. It's as if the source was taken and ported for use in Super Meat Boy, which is exactly what Danny B was going for. Great work! Love this track. :3

Not a bad remix, but doesn't really add anything of note to the original.

It probably is, b/c Guile is all over the original music

So is Ryu, in the second half.

So a seal walks into a club...

Chiptune-y without being too chiptune-y, if that makes any sense.

I love this remix. It's so good. Now all I need is one for Potential For Everything and my life is complete. Two of my three favorite pieces from the soundtrack.

Seriously, someone do Potential For Everything.

this is an awesome remix of a really rad source tune. is it just me or is that a guile theme reference at 2:44?

It probably is, b/c Guile is all over the original music

this is an awesome remix of a really rad source tune. is it just me or is that a guile theme reference at 2:44?

I'm actually not going to listen to this because the name offends me so much. 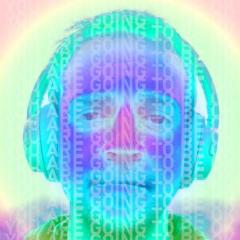 Thanks a bunch for this!

Digging this a lot, nice job!

Better than the original? It just might be! Of course, this comes as no surprise given the remixer. I would love to hear this at a dance club some night.

Its a good song, it doesn't overtly make me want to stop listening. Its a bit whiny with the electronic instruments. I kinda like the fade to bass at the end. Overall, not my type.

Love it. Definitely sounds like VVVVVV, but I swear I hear Meat Boy themes in there, especially in the background melody (at 2:12, I DEFINITELY hear the "Teh Internets" tune), but I guess you can't plagiarize your own original work...

...not that Danny would ever do such a thing.